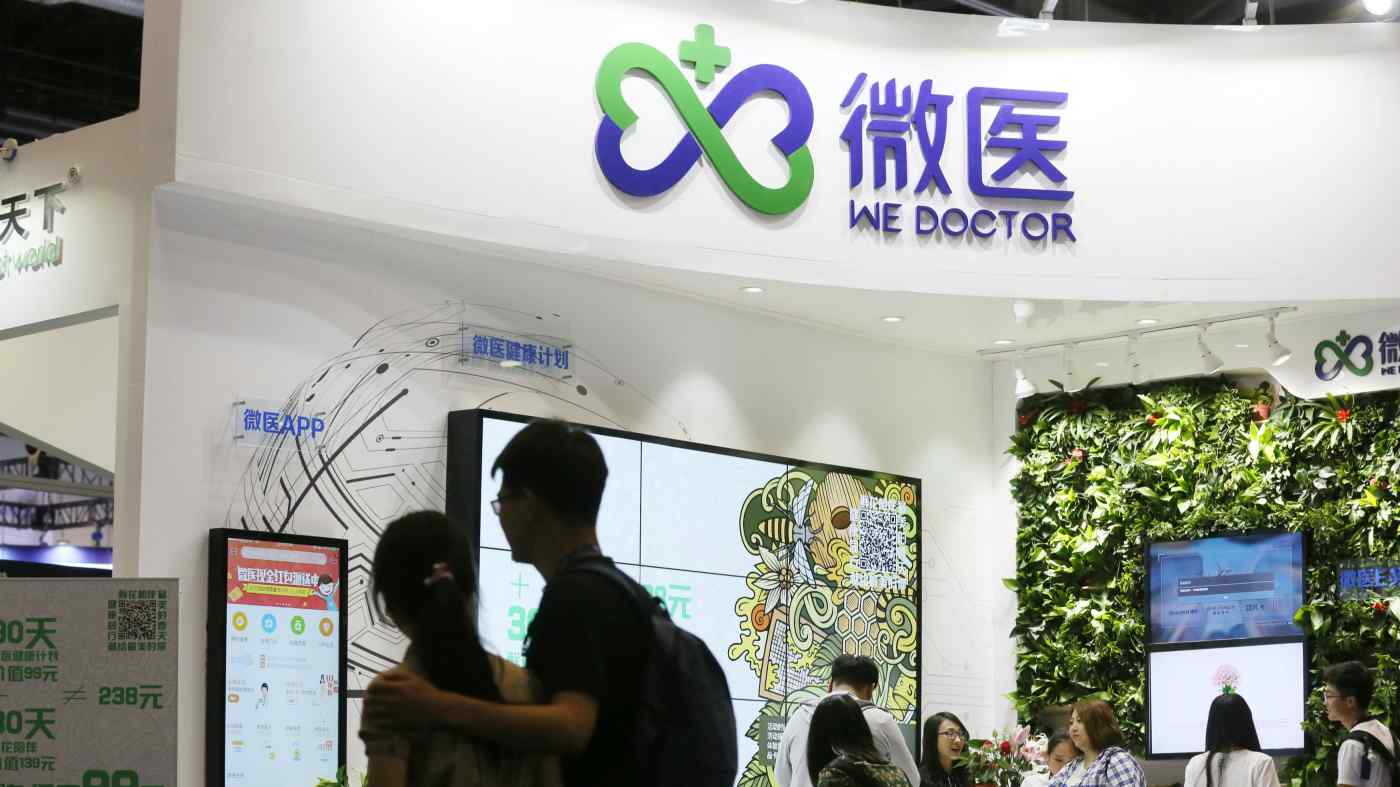 WeDoctor, an online medical services provider backed by Tencent Holdings Ltd., plans to file a prospectus by October for a Hong Kong IPO that it hopes will raise between $700 million and $900 million, Caixin can reveal.

The windfall would value the money-losing tech company at around $5.5 billion, about the same as a $50 million May funding round.

WeDoctor is just one of many tech companies hoping to capitalize on the disruptions to the traditional health care industry brought by COVID-19.

Although the company has not nailed down its business model, it is pursuing an IPO to take advantage of the high valuations commanded by health care companies right now despite its subdued growth, an insider from one of its cornerstone investors told Caixin.

The person said there was also pressure to go public from limited partners who were early investors in the company and now want to cash out. Caixin granted the person anonymity to speak candidly.

But the company will still be forced to demonstrate it has a viable business model.

Online medical services in China have found it hard to turn a profit because most of their fee income goes to doctors.

But the company could benefit from policy support, after health authorities issued new guidelines for China's medical insurance system that extended coverage to internet-based medical services during the epidemic.

Zhu Hengpeng, deputy director of the Institute of Economics at the Chinese Academy of Social Sciences, said that while the COVID-19 epidemic has accelerated the development of digital medicine and online health care, it was unclear whether those changes would remain long term.

WeDoctor's predecessor was Guahao.com, an advertising funded app that ranked hospitals and booked appointments -- many of which were from prolific advertisers Putian hospital group.

Revenue grew slowly for the company and was outstripped by growing losses in 2013 and 2014, even before Putian and Baidu were implicated in the 2016 death of a 21-year-old college student named Wei Zexi, who was led by a paid ad on Baidu to a costly and bogus experimental cancer treatment offered by a Putian hospital.

But while Baidu's digital health ambitions were poisoned for years by the death, Guahao had already rebranded as WeDoctor and was pivoting away from online hospital appointments -- which were banned that year by the Beijing Municipal Health Commission -- and into telehealth.

In China, where medical services are generally low cost, fees for digital health have generally come from existing health budgets, meaning achieving scale has been of little benefit.

But the COVID-19 pandemic has been a boon for tech companies on the prowl to take advantage of the disruption of traditional health services.

In the second half of last year, WeDoctor began to establish a health community with multiple provincial and city governments and medical institutions. Through digital platforms, it works with offline institutions, signing contracts with local family doctors and chronic disease management plans.