The end of the written word? Not just yet

Video communicates quickly, but lacks the efficiency and depth of text 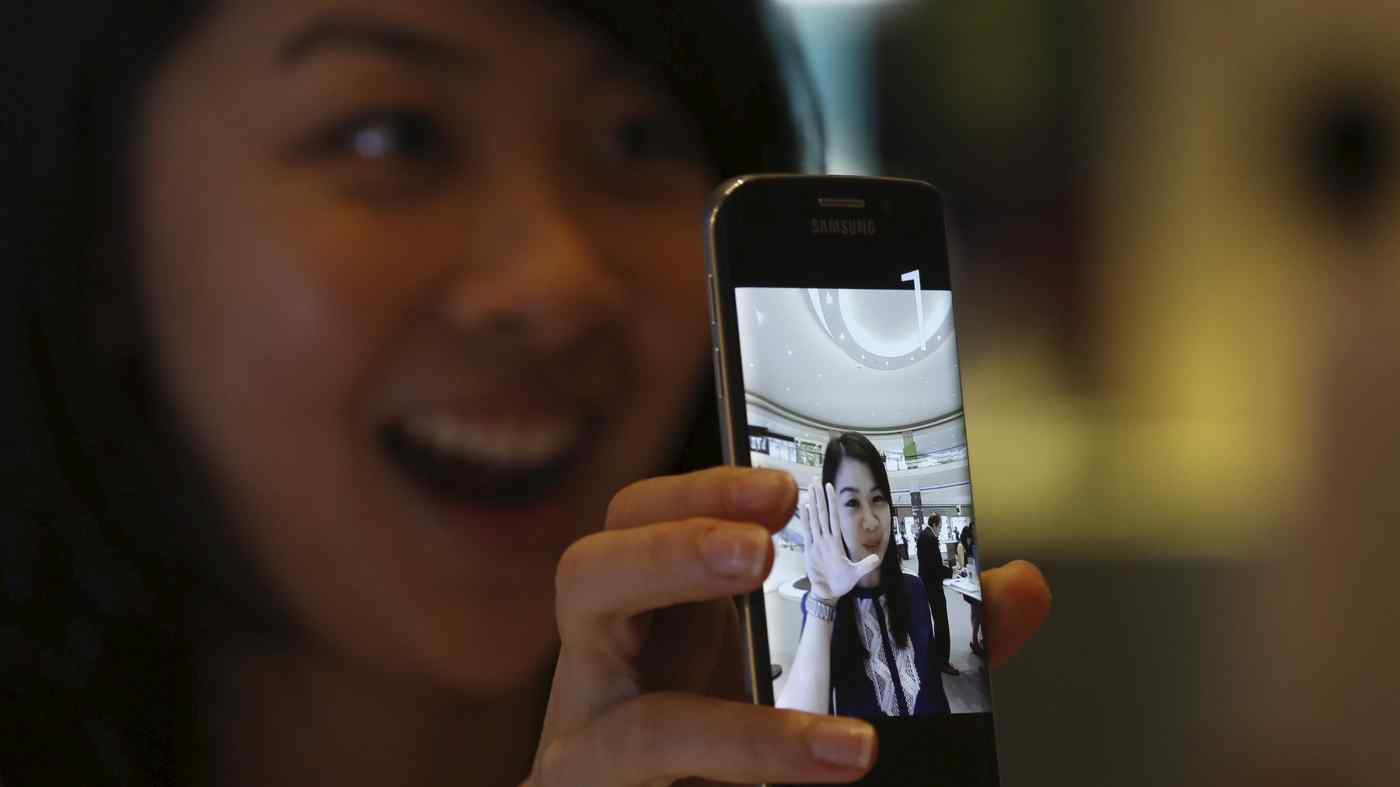 The founder of China's most popular app delivered a clear message in his annual speech for this year.

On Jan. 19, Allen Zhang, founder of WeChat and a senior executive vice president at Tencent Holdings, said at his annual address that for the next decade, video will be key.

"Although it remains to be seen whether human advancement will be epitomized by the written word or video, we can see that personal expression and consumption habits are all shifting toward the latter," Zhang said.

I watched Zhang's annual WeChat Open Class with interest, then posted a few comments in my WeChat Moments:

-- "Text was once the realm of the privileged few. Now that videos are everywhere in our society, we might see text once again become a diversion for the minority."

-- "Videos cater to the demand of the lower echelon of society and text to the upper elite. However, within the much larger market, videos will definitely crowd into the upper market as well. After all, since the invention of the printing press, haven't we seen that social interests and preferences are largely decided by the lower part of society?"

-- "Facebook and WeChat have already predicted the 'end of the written word.' If this is the reality we're facing, how is the minority of text lovers going to cope? First, have a good cry! Second, realize it's time to find a new social media platform."

One friend commented on my musings: "You're overreacting. Text is still going to exist."

However, whether something exists is a totally different matter than whether it is mainstream.

Another friend added: "Sigh ... I don't understand why so few people can appreciate the power of the written word."

China's sixth national census in 2010 showed the country's illiteracy rate was down to just 4.89%. But in spite of an overwhelmingly literate population, reading does not necessarily come easily to people, and they may not be able to easily express themselves with pen or keyboard.

In Zhang's words: "Over the history of the internet, the way that people express themselves on public platforms has evolved."

"In the beginning, you had to know how to write HTML code. Later we saw the emergence of blogs and microblogs. Nowadays, it's short videos. The trend is toward modes of communication that allow ordinary people to produce and consume content most easily. So we're seeing communication become shorter and more fragmented," he said.

He even predicted that the next major form of content would be livestreaming.

If this trend is real, then, as cultural elites have been assessing popular culture for years: "To accommodate the special needs of impatient consumers with limited educations, cultural products in modern society are constantly being 'idiot-ified' -- it's a process of dumbing down," he said.

We can reasonably expect that personal expression is headed down the road of shorter, more fragmented, performance-oriented content. Short videos are obviously a more intuitive way to "show" oneself than words. Livestreaming is even simpler because it does not require any performance at all. People only need to set up a camera, then broadcast any or every part of their lives to online spectators.

The written word: the last dinosaur

Zhang is not alone. When people were first clamoring to establish mega forums for global communication, Clay Shirky, a prominent thinker in the digital tech field, put forth a persuasive argument that the internet would make us more creative -- even with just a small portion of our "cognitive surplus."

Facebook is one of the best examples. On Facebook, everyone can be a creator. And for hundreds of millions of global users, it has become the preferred medium for sharing their opinions and life experiences. But a few years down the road, creativity may go in a very different direction. Facebook is convinced that text is already seeing its last days on the platform. Mark Zuckerberg is betting the future of Facebook on video, virtual reality and other forms of immersive experience.

Nicola Mendelsohn, Facebook's vice president for Europe, the Middle East and Africa, goes even further. She used statistics to argue that text is already on the cusp of being obsolete, having been largely replaced by dynamic images and voice messaging.

She, however, did not mention that compared with text content, videos increase the amount of time people spend on social media, and they are more likely to garner shares, comments and likes. Facebook's business model depends on its users clicking, sharing and engaging with content, regardless of what that content is -- memes, opinions, "feel good" stories, news or gossip -- or in what form it appears -- text, audio, short/long videos or livestreaming.

In short, Facebook is in the business of getting people to share the things that interest them. As long as people stay on the platform and engage with it, Facebook will see a host of commercial benefits.

Now let us consider some WeChat data and one of Allen Zhang's conclusions: "As time goes by, self-expression by video is becoming a habit among more and more people. In the last five years, the number of video messages that users send on WeChat each day has increased by 33 times, and the number of videos posted in WeChat Moments by 10 times."

When you look around, it is obvious that TikTok, Snapchat, Instagram and other social media are blurring the boundaries between social media and entertainment, leading to fiercer competition for users' time.

In such a battle, are words really becoming a stumbling block? Some studies have found that our brains process visual information 60,000 times faster than text, that visual aids can improve learning efficiency by up to 400%, and that video is seen as the most effective marketing tool.

When Mendelsohn was sharing her views about "the decline of text," there was a moment when the room went uncomfortably silent. Many still consider writing a key building block of human civilization. Surely text should not be dismissed that easily.

Mendelsohn comforted her audience by saying that writing would not disappear completely. After all, "you'll have to write for the video."

It is as if the written word is already in some strange stage of survival, like dinosaurs trying to eke out an existence on a rapidly warming planet.

Welcome to the post-text future?

People might not be aware that our need for digital videos -- especially streaming on-demand -- has already quietly transformed the internet.

The technology company Cisco predicts that by 2022, online videos will make up more than 82% of all consumer internet traffic -- 15 times more than in 2017. A livestreamer promotes bedding through a live streaming session during the 11.11 Singles' Day shopping festival, inside a shop at a village near Yiwu city, Zhejiang province, China.    © Reuters

People crave videos, and companies are happy to satisfy them. The COVID-19 lockdowns have only added fuel to the fire.

So what happens when text once again becomes a game for the few? To point out the obvious, people around the world enjoy diverse content formats because they meet different needs. Videos are more useful for some tasks and are more appealing to some people. Writing, meanwhile, is suitable for other tasks and preferred by other people. A well-made video brings a story to life and draws people in. Meanwhile, the lower cognitive load of video makes it a more popular way to spread information. Videos are powerful and moving.

A good piece of writing, on the other hand, requires a longer attention span and greater cognitive effort, but can help people understand the world and develop their critical thinking skills. The written word is also powerful and interesting.

No method of expression is inherently superior to the other. Each has its own merits and defects.

Even those who hold to the old saying that "a picture is worth a thousand words" must recognize the efficiency of writing.

For example, watching Zhang's entire open class took several hours, but reading the transcript only took 10 minutes, and it is easy to find the interesting content among the tedious.

Video has many advantages, but density of information is not typically one of them. Actually, this is what I dislike about videos -- watching them wastes too much time.

Granted, my needs may be very different from those of most. The reason I read or search for things online is to get content of substance.

However, most people do not care much about that. They are just looking for a few moments of entertainment. This is nothing new, however. Video has been outdoing text in this way for decades.

It is nothing to get worked up about. But you tech spokespeople need to start saying what you mean. Stop pretending like you are doing the world a favor by building platforms to help people "digest more information." Stop selling false hope that "everyone will be able to express themselves." These are obviously just gimmicks.

If you want to show everyone how cute your dog is, then a video might be helpful. But what about when we want to discuss the issues affecting society?

That is why we should continue writing; not just because we "have to" for the videos.