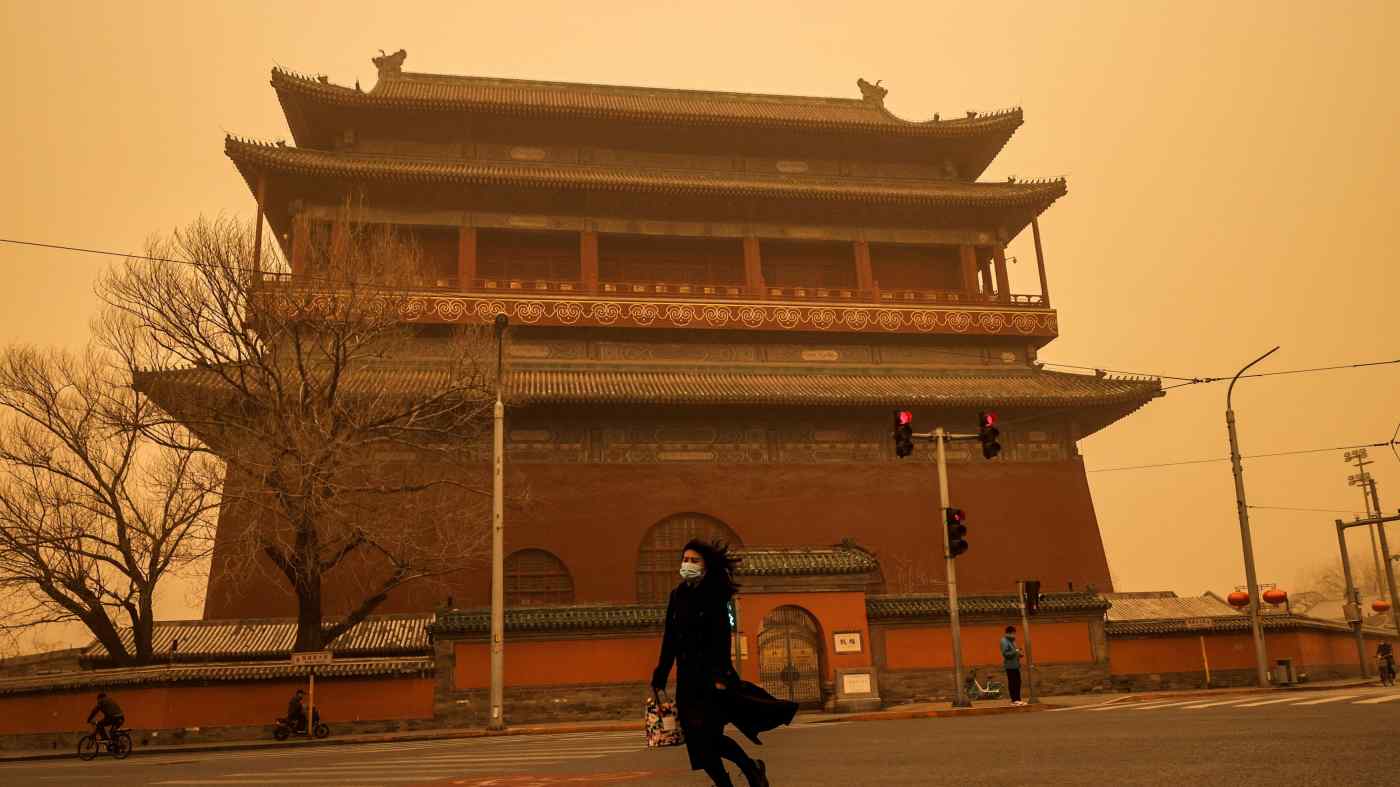 A woman walks past Drum Tower during morning rush hour as Beijing is hit by a sandstorm on March 15.    © Reuters
LU CHEN and MATTHEW WALSH, CaixinMarch 29, 2021 11:59 JST | China
CopyCopied

People across northern China battled dust-laden winds and orange-tinted skies earlier this month as the biggest sandstorm in nearly a decade engulfed a huge swath of the region.

Such extreme weather has become rare since the government invested in projects to block wind and keep sand on the ground earlier in the early 2000s.