Why China plans to tax the booming digital economy 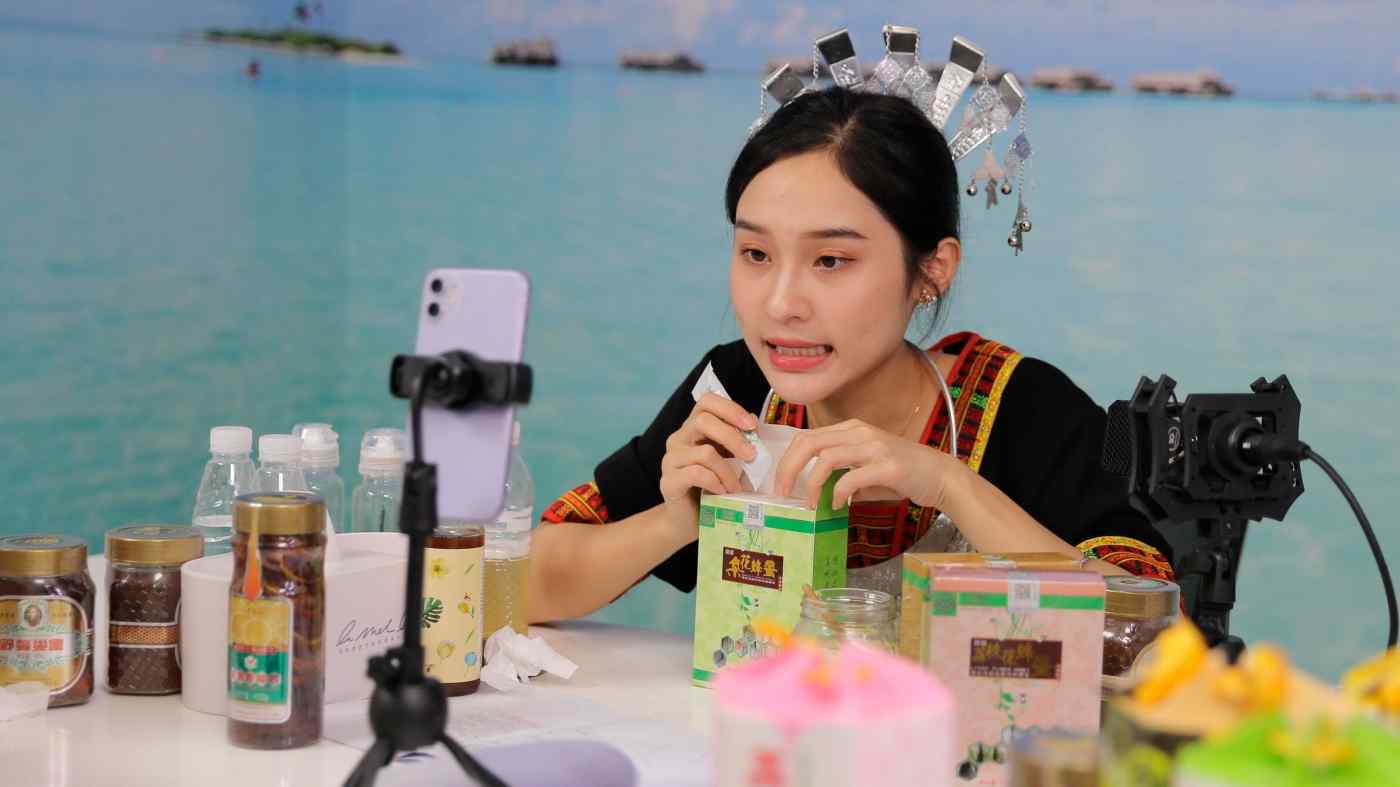 Now that digital commerce accounts for more than a third of its economy, China is looking for ways to more effectively tax domestic e-commerce titans like Alibaba, Tencent and Didi Chuxing.

It's a huge and growing target for filling government coffers. In 2019, the nation's digital economy generated 35.8 trillion yuan ($5.52 trillion) of revenue, accounting for 36% of China's GDP, according to the China Academy of Information and Communications Technology. The digital economy has expanded much faster than the rest of the economy over the past decade.

Value added by the digital industry totaled 7.1 trillion yuan in 2019, up 11.1% from 2018, while other industries generated 28.8 trillion yuan of added value by applying digital technologies, including the agriculture, manufacturing and services sectors, the think tank calculated.

It's time to conduct a general study of digital taxation both internationally and domestically, particularly focusing on large tech platforms and companies with large databases and huge consumer traffic, according to China's former Vice Finance Minister Zhu Guangyao. At a recent forum, Yao Qian, the chief of the science and technology supervision bureau of the China Securities Regulatory Commission (CSRC), said China should consider imposing a digital tax on tech companies to enable citizen-users to share the benefits they helped create for the internet platforms they use.

This is no simple matter, according to tax accounting professionals. The rapidly expanding digital economy has increased the difficulty of tax collection and administration, resulting in unfair competition, tax experts said. While Chinese authorities are also moving to update antitrust law and crack down on anti-competitive behavior by tech titans, it is also necessary to more effectively tax the digital economy to create a level playing field, alleviate a tight fiscal balance and narrow the gap in income distribution, they said.

Levying a digital tax is not simply a matter of setting a tax rate and a tax base, Wang Yongjun, professor at the Central University of Finance and Economics, told Caixin. It also would involve a rebalancing of interests among different sectors, requiring a complete consideration of the effects on the economy, society and the fiscal system, Wang said.

Other governments are similarly grappling with the issue. More than 130 countries are working to negotiate new rules on how to tax global tech giants such as Amazon, Facebook, Apple and Google. The international discussions mainly seek to address the problem of tax base erosion and profit shifting by making hugely profitable multinational tech companies doing business over the internet pay taxes where they sell their services, even when they do not have a physical presence.

Several countries have already moved ahead with unilateral measures. France, Italy and the U.K. have implemented a digital service tax, and several other countries have published proposals to enact such taxes.

But such moves can elevate trade tensions. The U.S. charged that France's digital tax "discriminates" against American companies and in January 2020 imposed tariffs on $1.3 billion of annual French imports, including cosmetics and handbags. Washington also has pending investigations into digital levies in Austria, Italy and Turkey, which could lead to similar retaliatory tariffs.

At present, global digital tax efforts take aim at nonlocal enterprises, based on the argument that foreign companies make significant profits through the internet in other counties. China generally doesn't have this problem, according to several tax accounting professionals. Rather, the issue facing Chinese policymakers is taxing domestic e-commerce.

"But it is technically difficult to tax the digital world," Lou said, referring to issues such as identifying internet users and calculating the value of transactions over a broad range of platforms.

Under the current tax system built for the traditional economy, tax is collected mainly based on place of business registration or operations. As digital-economy businesses rely on conducting remote transactions online, it's easier to underpay or evade taxes. If the tax burden of digital-economy businesses is significantly lower than that of businesses in other industries, it compromises the principle of tax neutrality and distorts the market, economists say.

The problem of tax base erosion and profit shifting exists not only among different countries but also among different regions within the same country, said Wang at the Central University of Finance and Economics. In China, taxes on digital economy operations are paid mainly in developed regions, while underdeveloped regions are at a disadvantage for collecting such taxes, aggravating imbalances among regions, Wang said.

Under China's current tax system, there are 18 types of taxes, including value-added, consumption, corporate income and individual income. There are two approaches in China's discussions of a digital tax. One would seek to optimize the existing tax system by clarifying taxes related to the digital economy. The other would be to introduce a digital tax on top of the existing taxes.

In the first approach, the simplest way to increase digital tax revenue would be to strengthen tax collection and management for digital economy businesses. Tax revenue lost from digital platforms is mainly due to insufficient coverage of tax collection and management for small businesses on these platforms, such as Taobao merchants and WeChat stores running on the platforms of Alibaba Group Holding Ltd. and Tencent Holdings Ltd.

In the early stage of the digital economy's development, China's tax rules for digital service providers were not clear. In 2011, the Wuhan Bureau of the State Taxation Administration issued the first tax bill to a Taobao store. China's E-Commerce Law, which came into effect Jan. 1, 2019, clearly stipulates that "e-commerce operators shall fulfill their tax obligations and enjoy tax benefits in accordance with the law," laying a legal foundation for digital taxation.

Under the current tax system, tax collection from online stores is relatively mature, while taxation of individuals selling goods through livestreaming platforms is not fully covered, a PricewaterhouseCoopers (PwC) tax expert said.

Livestreaming e-commerce took off in China in 2019, creating celebrity livestreamers who have grown so adept as pitchmen that they can sometimes sell out the entire inventory of a product during a single sales session. Gross merchandise volume sold via livestreaming events more than tripled in 2019 to more than 400 billion yuan ($56.5 billion), according to a report by consulting firm Bain & Co.

Such celebrity livestreamers usually register as sole proprietorships to benefit from a lower tax rate, even though they hire hundreds of employees and operate as corporations. China doesn't collect corporate income tax for sole proprietors or individual-invested enterprises. Instead, taxes on the production and operation of sole proprietorship are levied as part of personal income taxes.

To attract investment, local governments collect taxes for these sole proprietorships using a verification method, rather than the stricter method of audit, resulting in effective tax rates even lower than the minimum of 3% applicable for individual income taxes.

Compared with sole proprietorship, internet platform enterprises comply with relatively stricter tax rules, but they still have the ability to benefit from tax planning. For example, an internet platform can set up a research and development unit and attribute its profit to the R&D unit, benefiting from a reduced 15% corporate tax rate for high- and new-technology enterprises, compared with a regular tax rate of 25%, according to the PwC tax expert.

Platform-like enterprises hold large amounts of user data, an asset that's analogous to holding precious mineral mines, the CSRC's Yao said. But as the real creators of such corporate value, users have not shared real benefits from the revenues their information generates, Yao said.

In taxing data, the first problem is ownership. Currently there is no consensus on whether the data is owned by users, the platform, or both. Shenzhen issued a draft data regulation in July defining the concept of "data right" for the first time. The draft regulation set out the ownership of personal and public data.

Public data is a new type of state-owned asset, and its rights belong to the state, the Shenzhen draft stipulates. The Shenzhen municipal government will accordingly exercise public data rights on behalf of the state, according to the proposal. Personal data refers to data recorded through automation and other means that can identify a natural person's identity and is closely related to the person's private life.

The draft regulation has raised some controversy. Some researchers argue that data, as a special production factor, has the unique characteristics of low reproduction and circulation cost. Treating data as property will result in a conflict of rights among multiple data owners. Even if the data is regarded as public property, it will raise extremely complex ownership issues, which would obstruct low-cost data circulation and is not conducive to the market allocation of data, the researchers say.

How data is priced is another problem to address. Wang of the Central University of Finance and Economics said the issue is being studied in China, while the European Union is expected to roll out its own data pricing standard in the next two or three years. Before the problem of data pricing is resolved, the next best way is by comparing trading volume, digital economy operators' profit and other data, Wang said.

Some tax experts argue that there is no need to levy a new digital tax rather than a tightened preferential tax policy on high-tech enterprises that might be enough to achieve the goal. For example, research and development expenses incurred by a company in the development of new technologies, new products or new processes can be deducted in the calculation of taxable income, said Cai Weinian, partner at EY Greater China.