Contact-tracing app set to debut in Japan this week 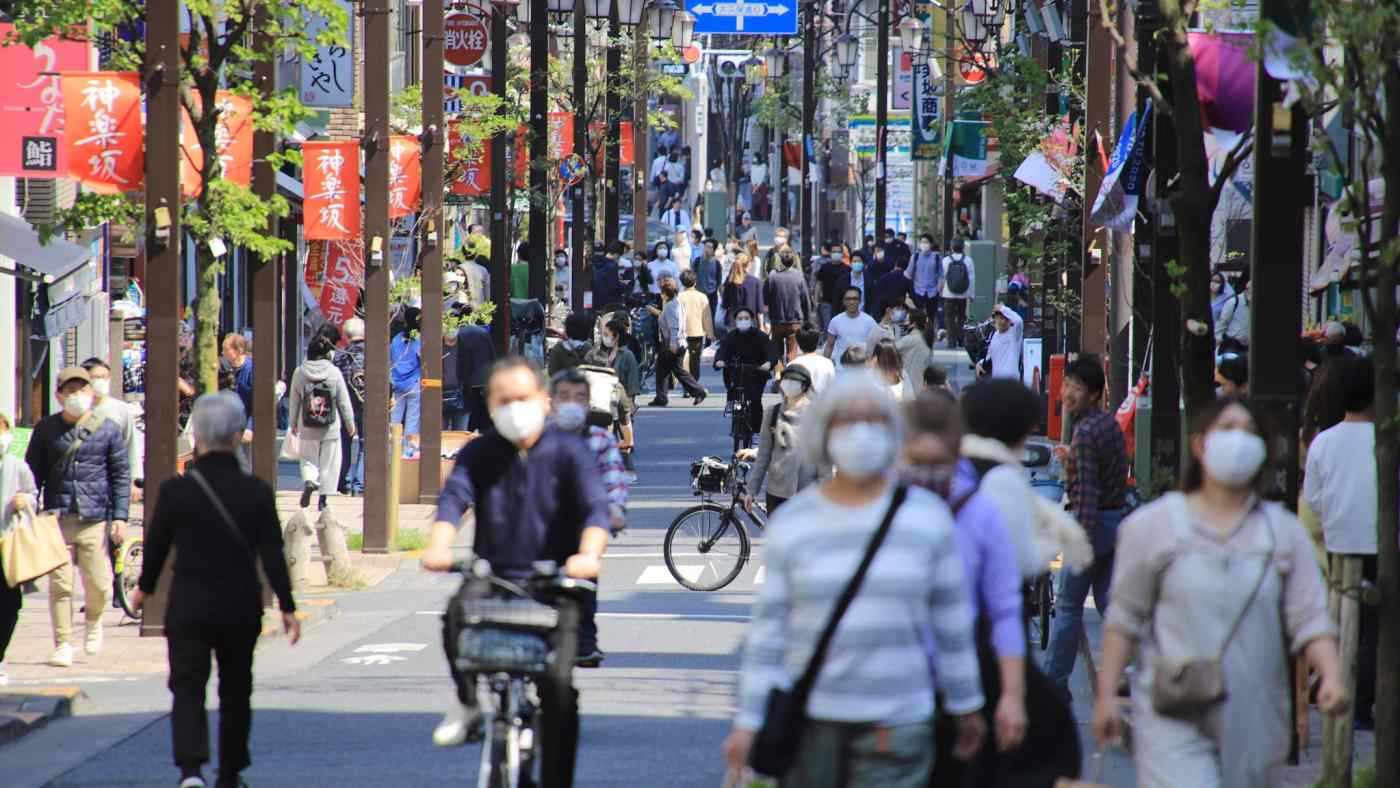 TOKYO -- Microsoft engineers have helped the Japanese government create a contact-tracing app that officials hope will prevent a second wave of coronavirus infections, following more than monthlong delay in Tokyo's decision-making on the policy.

The plan is to have the software available for download as soon as this week, once Apple and Google sign off, Nikkei has learned.

The app was originally supposed to debut in early May, but the government's selection process dragged on longer than expected, even as people in urban areas began congregating again after a state of emergency was lifted.

"We wanted to introduce the app when the sense of urgency was high among the public, but we did not make it in time," a government source involved in the discussions said.

The app will use Bluetooth wireless communication to collect contact data when users come within 1 meter of each other for at least 15 minutes. If a person tests positive for the novel coronavirus, the app searches through two weeks' worth of data and informs the people who were in contact with the patient.

The Japanese government in May decided to hire a team of developers from Microsoft to create the app based on core technology developed by Apple and Google. The government had originally planned to commission Code for Japan, a Tokyo-based organization, to lead the development project. But shortly thereafter, Apple and Google imposed a host of conditions on using their software.

One stipulation limited the software only to public health agencies. These conditions dealt a setback to the government's plans, which were led by Cabinet Secretariat.

Oversight of the app was then transferred to the Ministry of Health, Labor and Welfare. From there, the consensus began to favor a major tech company as a more reliable development partner. Code for Japan was taken off the project, putting roughly a month's worth of work to waste.

During the time taken to select an alternate developer, more than 40 countries rolled out their own contact-tracing apps.

Although Japan's app will be available soon, persuading enough people to use it presents another challenge. Such tools need to reach 60% penetration to be effective, according to a University of Oxford estimate.

That would mean the app would need to achieve as many downloads as the popular chat app Line. Even in Singapore and Iceland -- two early adopters of contact-tracing apps -- usage stands at 40% or less.

"A concrete plan for disseminating the app has yet to take shape," a spokesperson for Japan's health ministry said.

Because of the rules laid down by Apple and Google, the contact-tracing function cannot simply be added on to Line or other popular existing apps.

"There were ideas floated as incentives for users, such as granting priority for PCR tests, but the health ministry frowned upon that because of the possibility of testing facilities becoming overwhelmed," a government source said.

Privacy concerns created another obstacle. Unlike in such countries as Russia, where authorities have the power to order coronavirus patients and suspected cases to stay home, Japan takes a lighter touch. The Japanese app will not let government directly manage data collected by the software. Whether a person stays home after being notified by the app of contact with an infected person is entirely up to the individual.

Critics have said the government has been ambiguous about the objectives surrounding the app.

"Do they want it to lead to early screening of close contacts, or do they want it to be a guide for avoiding close contact with a large number of people? They should make that clear," said Hiromitsu Takagi, an expert in software security at the National Institute of Advanced Industrial Science and Technology.