Beijing extends its data reach into space and sea 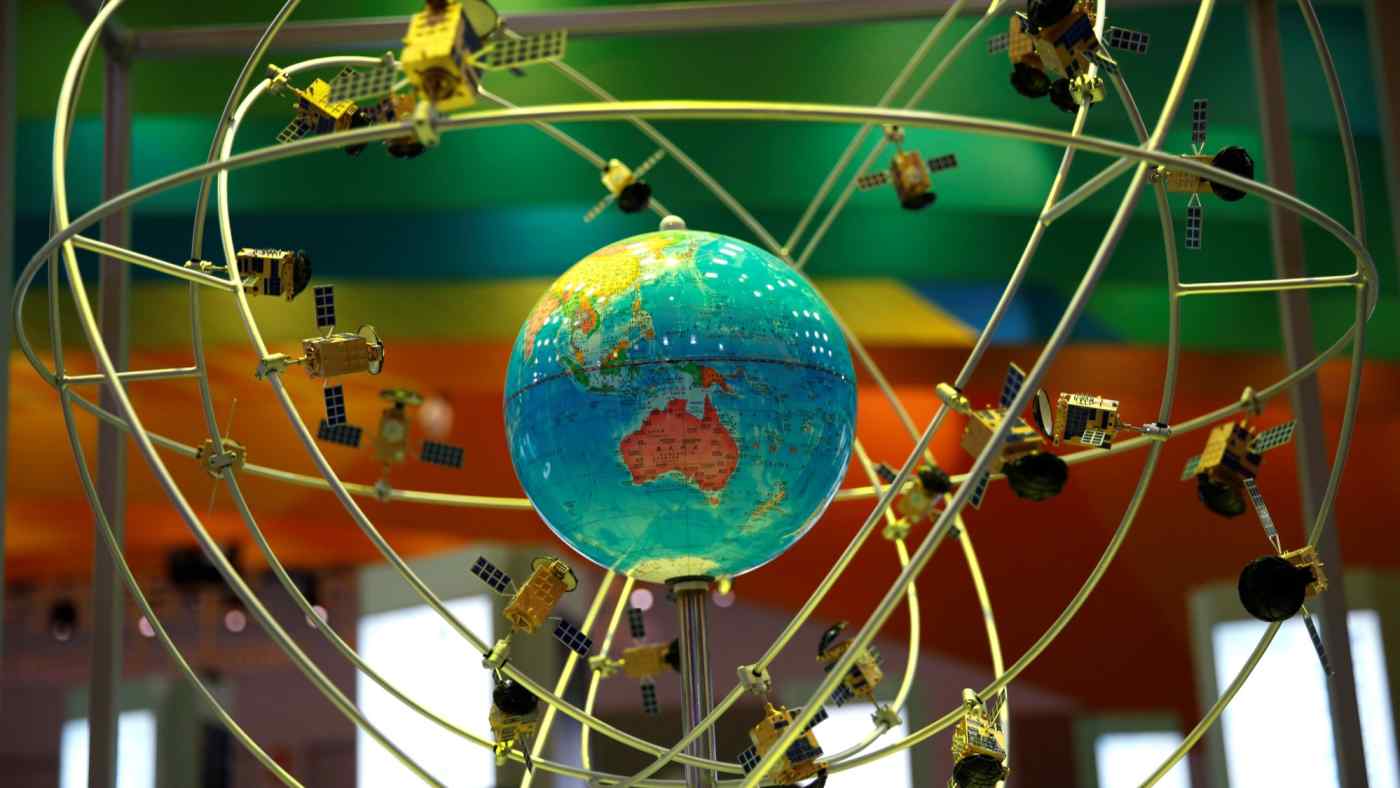 A model of the Beidou navigation satellites system is seen at the 2020 China International Fair for Trade in Services in Bejing.   © Reuters
TORU TSUNASHIMA, Nikkei staff writerNovember 25, 2020 06:26 JST | China
CopyCopied

TOKYO -- In the Ethiopian capital of Addis Ababa, a bustling and chaotic city of 4.8 million, the Deliver Addis service has soared in popularity as the app sends food to a customer's location with remarkable accuracy.

The secret behind this precision is Chinese satellite technology originally designed to support the military.

The app's meteoric growth is powered in part by the Beidou satellite navigation system, for which recent advances underscore Beijing's gains in the global fight for data dominance.

Miyuki Koga, the proprietor of a Japanese restaurant in the African metropolis, notes that "smartphone positioning information has improved by leaps and bounds" since Koga moved here 13 years ago. "We can even manage deliveries in the coronavirus pandemic."

The U.S. was in the vanguard of this technology, launching the first satellite that now makes up the Global Positioning System way back in 1978. But GPS, long the only game in town, is being eclipsed by Beidou.

China completed Beidou in June after development began in 1994. Beijing's aims are more than economic.

Data from U.S. satellite receiver company Trimble shows that capital cities for 165 of 195 major countries -- or 85% of those capitals -- are observed more frequently by Beidou satellites than by GPS, Nikkei found.

As many as 30 Beidou satellites transmit continuous signals to Addis Ababa, twice as many as in the U.S. system. Much of this is due to connections with inexpensive smartphones from China.

GPS originally was built for military applications including missile guidance and tracking troop positions. By developing satellite technology that rivals the American system, Beijing can enhance its own military capabilities and pose a threat to Washington.

For most of the half-century since the beginnings of the internet, the U.S. represented the undisputed driving force in cyberspace. But the dynamics of this fast-growing field are shifting rapidly.

And the fight for data dominance is being waged not just in orbit far above the Earth, but also on the oceans.

In May, concerns arose after a Chinese government research vessel, the Xiang Yang Hong 01, appeared suddenly off the northeastern coast of the U.S. territory of Guam deep in the middle of the Pacific Ocean and began engaging in suspicious behavior. 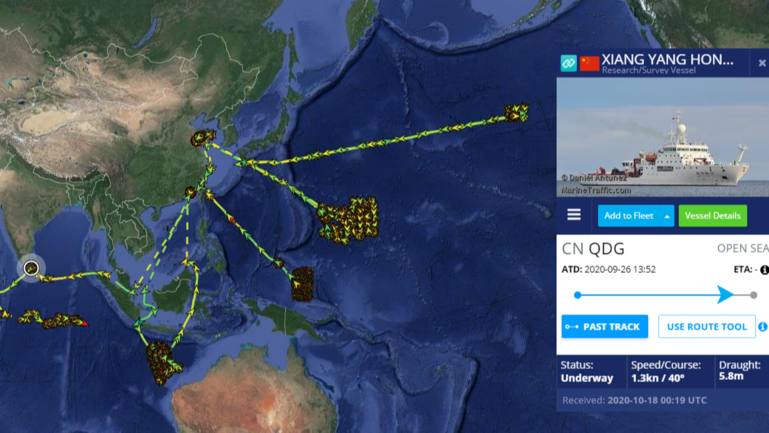 The voyages of the Chinese marine research vessel Xiang Yang Hong 01 over the past year, as documented by tracking service MarineTraffic.

Though Beijing has repeatedly raised tensions in the South China Sea, where it claims sovereignty over a vast majority of the region, and in East China Sea waters where it has butted heads with Japan, the Guam incident was a new development.

"China's attention has turned to interests in the Pacific Ocean," said Yasuhiro Matsuda, a professor of international politics at the University of Tokyo.

Nikkei examined the activities of 34 Chinese government ships via the website MarineTraffic, which tracks vessel movements worldwide based on public data from automatic identification systems.

The tracked voyages of the Xiang Yang Hong 01 show journeys near the U.S. holdings of Guam and the Northern Mariana Islands made in a systematic pattern. Guam hosts an American military base.

Trips were made to the Indian Ocean via the strategic chokehold of the Strait of Malacca.

"This route overlaps with the Belt and Road economic zone advocated by China," said Koichi Sato, a professor at J.F. Oberlin University.

Thirteen of these ships sailed in the Pacific beyond the "first island chain" -- archipelagos off the East Asian coast encompassing Okinawa, Taiwan and the Philippines -- in the year through Nov. 4. One Chinese vessel stayed near Antarctica for around three and a half months.

Ships ostensibly tasked with surveying offshore resources may be covertly collecting data for military use, such as mapping out future submarine routes. China's military reportedly is intensifying submarine operations, and information on ocean currents and seafloor geography is key to this goal.

In an era when all technology has been enlisted into information warfare, China is looking a step ahead to new theaters of competition: space, cyber and even what has been called "brain supremacy."