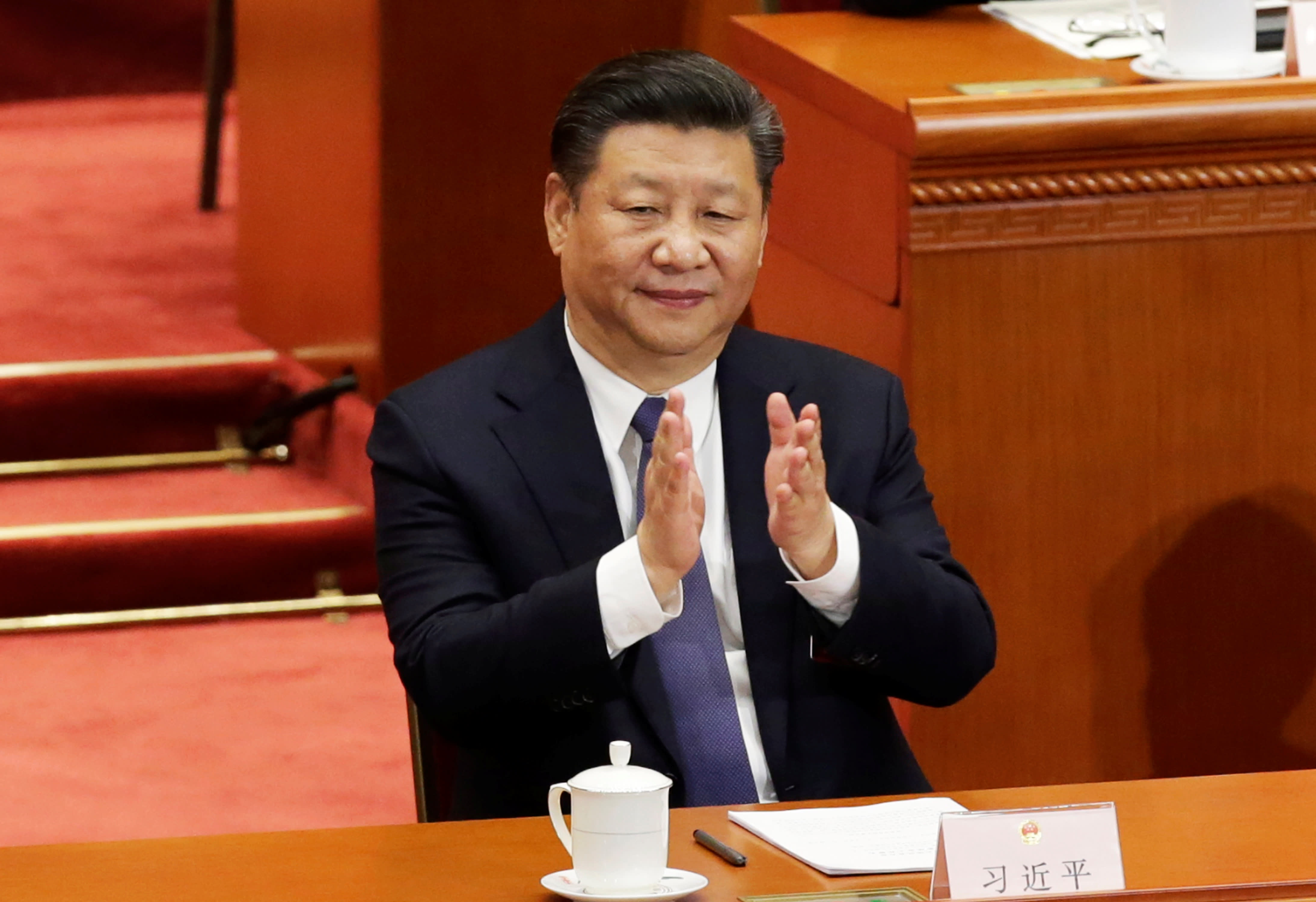 BEIJING -- China's legislature voted overwhelmingly on Sunday to amend the constitution, potentially clearing the way for President Xi Jinping to remain in office for the rest of his life and consolidate power to a degree unseen since Mao Zedong.

A total of 2,958 delegates voted to remove the two-term limit in the constitution for the state president and vice president. Only two delegates voted no, three abstained and one ballot was spoiled. The amendment vote required a two-thirds majority to pass.

The poll was carried out by secret ballot, Shen Chunyao, a legislative spokesman, told reporters. The Communist Party, however, controls the legislature and the leadership's proposals are never rejected.

Vice President Li Yuanchao is not expected to stay on in his role. On Sunday, attention was focused on Wang Qishan, a confidante of Xi who some media reports have said will be named as vice president next week as part of the new leadership lineup for Xi's second term.

Wang took his seat in Beijing's Great Hall of the People after Xi and the other six members of the party Politburo Standing Committee, China's highest decision-making body. Wang stepped down as a member of the group last October but was subsequently reelected to the National People's Congress.

During Wang's five years as head of the party's anti-graft body, 254,419 officials were investigated for possible wrongdoing, according to government data. Probes involving officials of at least vice ministerial rank grew four fold over the period, highlighting Xi's public commitment to weed out malpractices at all levels. The concentration of power in Xi's hands "means that China could return to the era of Chairman Mao, when the Great Helmsman, who had no term limits, ruled by diktat," wrote Willy Lam, a senior fellow at U.S. think tank Jamestown Foundation and an adjunct professor at the Center for China Studies of the Chinese University of Hong Kong, in an online commentary last week. "Assuming that Xi's health holds up, it is now almost certain that he will remain president until 2028, and possibly 2033, when he will be 80 years of age."

"Xi can now compel China's system to focus on ambitious reform initiatives that require long-term efforts," wrote analysts Evan Medeiros and Michael Hirson of research company Eurasia Group in a recent client note. "Thorny issues like overhauling the healthcare and pension systems can no longer be put off by officials hoping his priorities will change in 2022."

At the same time, they wrote, "Xi is fostering a political environment in China that increases the risk of policy failure" by surrounding himself with officials who are focused primarily on pleasing him, likely to the detriment of their candor. By putting his authority on every matter at the same time, Medeiros and Hirson said, Xi "is very vulnerable if he has one or many policy failures, and the knives are likely to come out quickly in such a scenario."

Xi, who also serves as general secretary of the party, had demanded loyalty from cadres. He told delegates from Guangdong Province on Wednesday that the amendment "effectively promotes democracy, gathers wisdom from all walks of life and shows the common will of the party," reported state-run People's Daily.

The constitutional amendment, the first since 2004, brings the state into line with the charters of the Communist Party and the People's Liberation Army, which do not set term limits for their leaders. Xi leads the PLA as chairman of the Central Military Commission. The state term limits had been adopted at the behest of former leader Deng Xiaoping who wanted to prevent long-term rule and the concentration of power in the hands of one leader. 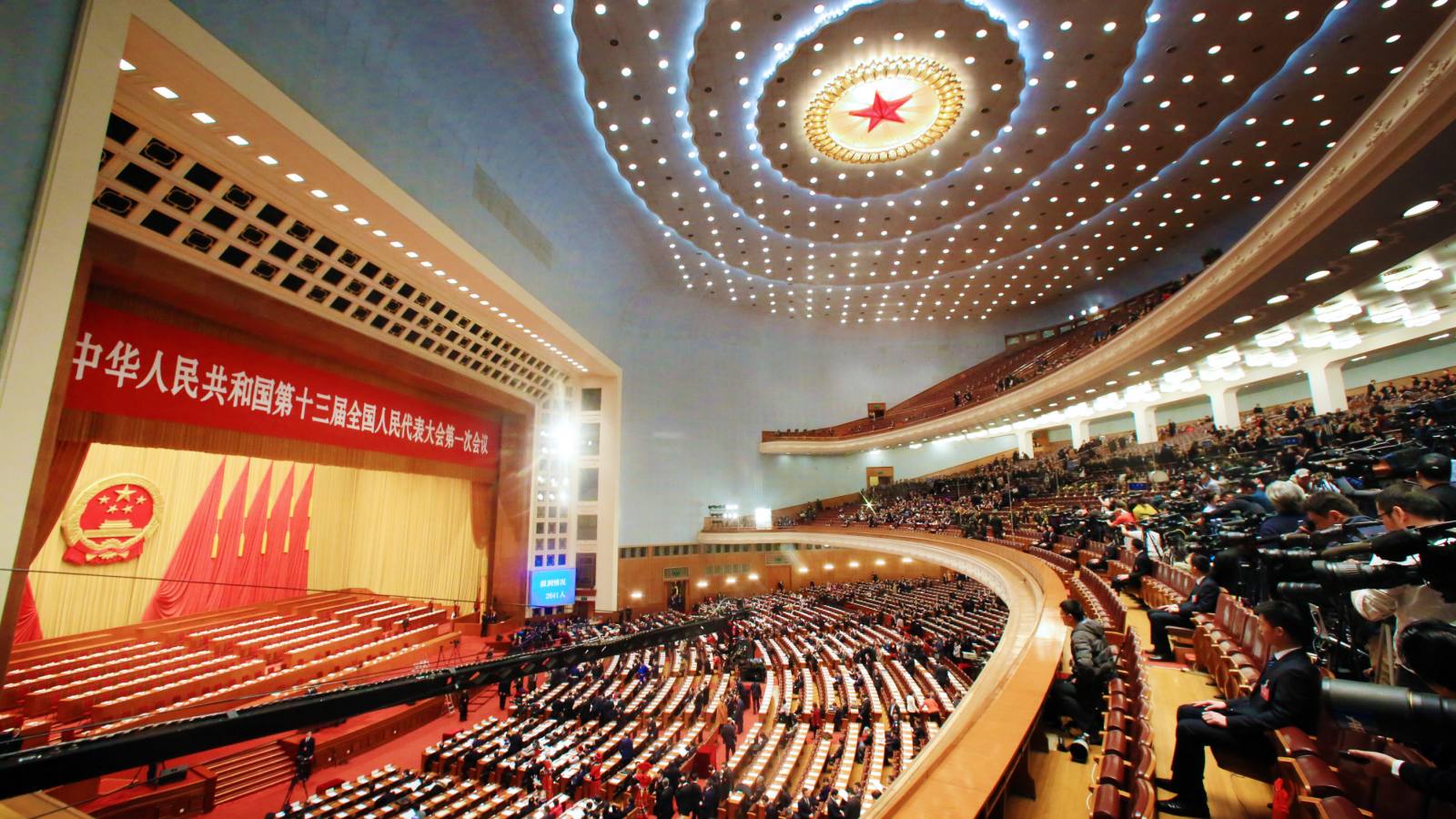 State media has been uniformly propagandizing for the constitutional amendment since it was unveiled in late February. China Daily in an editorial on Thursday wrote that it was needed to consolidate the party's governance of the country and would not necessarily imply lifetime tenure for any leader.

In a press conference following the amendment's passage, Beijing rebutted a foreign reporter's question about the possibility of a power struggle as seen during the Cultural Revolution. "Such concern is invalid," Shen, the NPC spokesman, said. Sunday's amendment will also see Xi's political thought added to the constitution to cement the party's control over state administration and people's life.

Xi has presided over a gradual slowing of the Chinese economy while ordering reforms to contain risk especially in the financial sector and among debt-plagued state-owned enterprises. Foreign Minister Wang Yi said Wednesday that Xi is the "chief architect" of the policy of raising the country's global profile.

Some Chinese have quietly expressed disappointment that the constitutional amendment was passed on short notice without proper public debate.

"The whole country get notified at virtually the last minute, with discussions silenced on the social media," said a college student in Guangxi Province, who feared the repercussions of using his name. Xi may be able to get the country on a stronger footing with the revision but it will set back the country's political and legal institutions. He said, "It is at a cost that I think China should not accept."