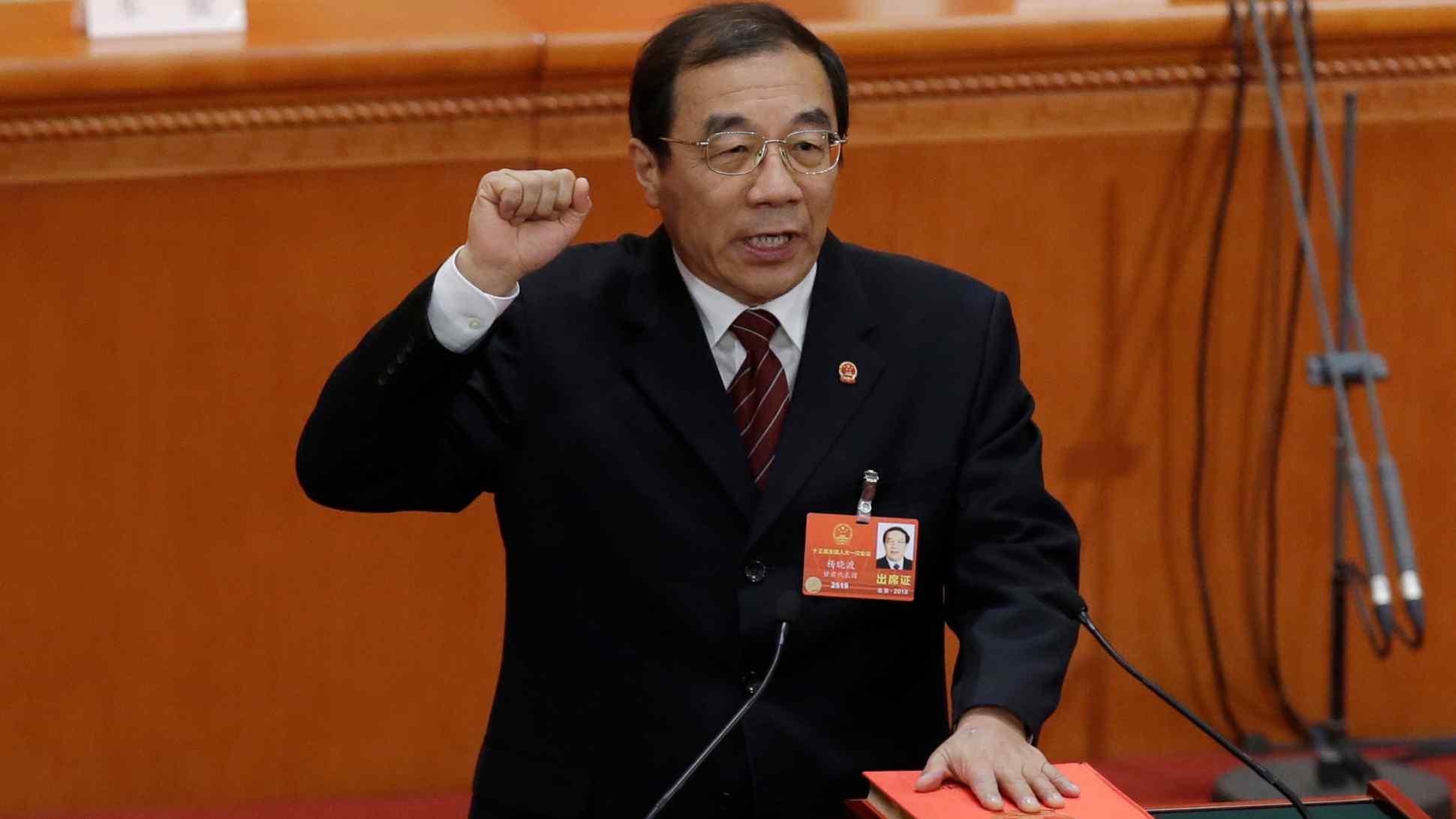 Yang Xiaodu will oversee expansion of Xi's war on corruption

BEIJING -- China's new state anti-corruption agency will be headed by Yang Xiaodu, a senior leader of the Communist Party anti-graft body that has until now led President Xi Jinping's efforts to clean up governance in the nation.

Yang, who was elected to the party Politburo in October, has been responsible for tackling corruption since 2014 in various party and government roles. With endorsement on Sunday from the National People's Congress, Yang will now chair the National Supervisory Commission, which will extend the anti-corruption campaign further into the government, state companies and even the private sector.