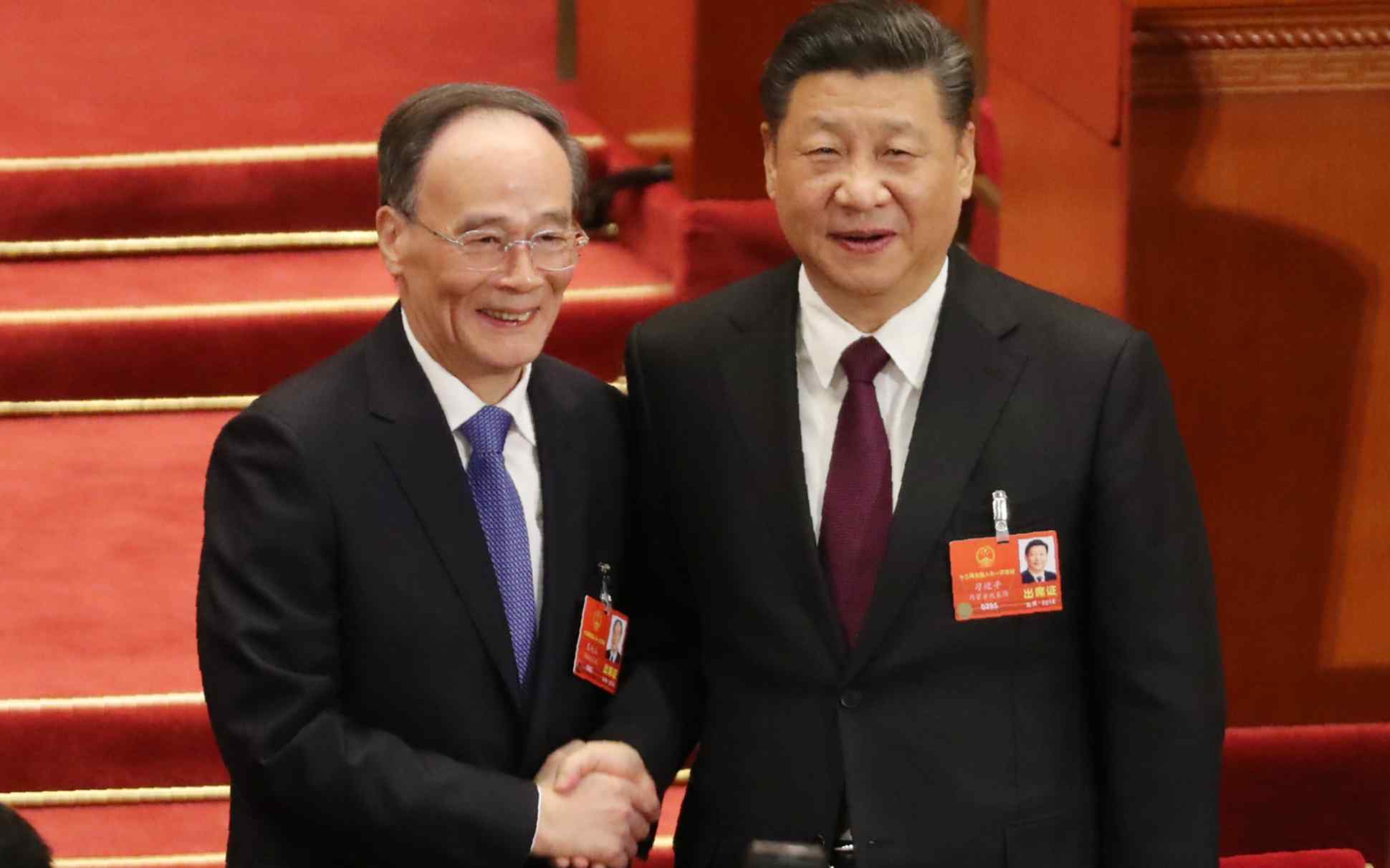 As vice president, Wang Qishan will play a crucial role in negotiations with the U.S. (Photo by Kosaku Mimura).
China People's Congress 2018

Xi-Wang axis to challenge US for economic supremacy

BEIJING -- Having cleared the way to remain president of China indefinitely and installed a trusted ally as his right-hand man, Xi Jinping will now focus on making his country the world's largest economy by 2035.

In what was widely seen as a foregone conclusion, China's National People's Congress on Saturday unanimously re-elected Xi. Wang Qishan was made vice president, with one lone dissenting vote opposing his appointment.

A constitutional amendment has removed the two-term limit on the presidency, meaning Xi is now able to continue as head of state for life, in addition to leading the Communist Party and People's Liberation Army. The seemingly endless concentration of power in his hands has fundamental implications for the world's economy and security.

Wang sat next to the seven members of the Politburo at the congress, having stepped down from China's highest decision-making body due to his age at the 19th Communist Party national congress in October. However, the seating arrangements by no means make him only number eight in the pecking order.

As de facto second in command, Wang is expected to take on a number of Xi's responsibilities, and his authority now eclipses that of Premier Li Keqiang.

The Communist Party's long-held unofficial retirement age of 68 now becomes irrelevant, paving the way for Xi, who will turn 69 at the next party convention in 2022, to remain in power.

The unique relationship between Xi and Wang goes back half a century. In his teens, Xi was sent to work in rural Shaanxi Province after the purge of his father. Wang, five years his senior and also from Beijing, was himself toiling away in the same area. 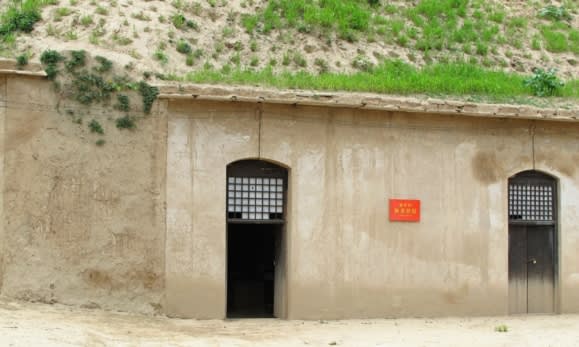 China's two most powerful men cemented their friendship while working as laborers in their youth, when Xi would visit Wang's modest house in the village of Kang Ping, near Yan'an, Shaanxi Province.

An elderly resident recalled how Wang, who was living in a cave dwelling, was clearly a leader.

Xi would visit Wang and the two youths would sit on an ondol heated floor long into the night discussing the future of their country. Fifty years later, the bond appears stronger than ever.

Wang has been a pivotal figure in Chinese politics since Xi took power five years ago, spearheading the president's anti-corruption campaign and acting as a key adviser.

As a result, Xi's rivals have taken pot shots at Wang in the belief that eliminating a close ally would seriously weaken his position.

Exiled billionaire Guo Wengui has alleged that Wang's wife and other members of his family were involved in financial wrongdoing at the HNA Group. Amid the growing criticism, even Xi was unable to keep the 69-year-old Wang as a member of the Politburo beyond last autumn's party congress. With his loyal deputy removed from the top table, speculation was rife that Xi's political footing may not be as strong as assumed.

But it only appeared that way; Xi had already taken measures to strengthen his position. Just two months before the congress, two high-ranking military officers were removed from their positions, resulting in one taking his own life and sending a clear message to anyone who might be tempted to challenge the president.

Wang is not even a member of the party's central committee, but now has a wide range of responsibilities, ranging from internal affairs to diplomacy. Xi will rely on him to conduct difficult economic negotiations with the U.S. The new vice president has numerous contacts in the American business community and some experts foresee him visiting Washington in the near future.

Wang's appointment will also impact the U.S.-North Korea summit slated for May. U.S. President Donald Trump has used his country's trade deficit with China as leverage in calls for Beijing to exert pressure on the regime of Kim Jong Un.

Under Xi and Wang, China will press ahead with its Belt and Road Initiative, an ambitious plan to build infrastructure across Eurasia. Beijing's attempts to gain influence in emerging countries through economic development could be seen as a direct challenge to a U.S.-led world order. It may also affect relations with India and Russia.

In his speech at October's party congress, Xi said attention should now focus on 2035 as the year to "realize socialist modernization." 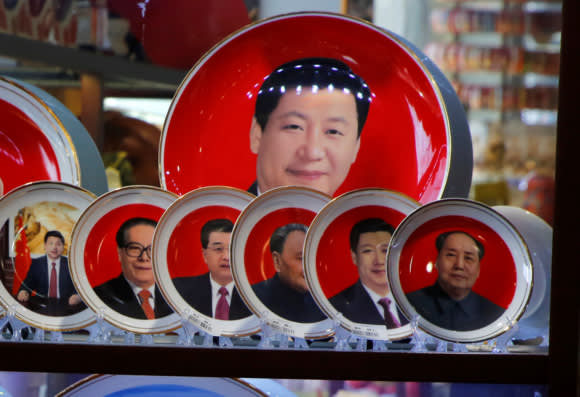 Xi could in future seek to establish himself as party chairman to hold on to power, a tactic used by Mao Zedong.   © Reuters

China's long-term approach to state planning will have considerable implications for the rest of the world.

After achieving a certain degree of economic well-being by 2020, the country will aim to surpass the U.S. as the world's largest economy. Key projects relating to big data and artificial intelligence and their integration into the economy have already been earmarked for completion by 2035.

Achieving that goal will require a stable economic and trade environment, which explains why Beijing has displayed a somewhat conciliatory diplomatic stance toward the U.S. and Japan.

Beijing has made an elaborate calculation by setting 2035 as the target year. He Yiting, executive vice president of the Central Party School, an important organization that trains party cadres, said this involves bringing forward the goal of overtaking the U.S. economically by about 15 years.

The original target year of 2049 will mark the 100th anniversary of the founding of the People's Republic of China.

Aiming for 2035 shows Xi has no intention of relinquishing power before then.

Even if he were to officially step down from the top job, he could continue to wield power from behind the scenes. The most likely scenario would be for Xi to try to assume the role of party chairman, just as Mao Zedong did, at the next party congress in 2022. The position would provide him with absolute power in name and practice.

But there would be strong opposition within the party, and there is uncertainty over the future of the economy that has underpinned its hold on power. Quitting halfway would leave Xi exposed to acts of revenge from the numerous enemies he has made while reinforcing his authority.

Experts are divided on whether Xi being leader for life will be a boon or a bane for the country.

What is certain, however, is that he and Wang have no choice but to continue fighting political battles under the guise of weeding out corruption until the goals are achieved.