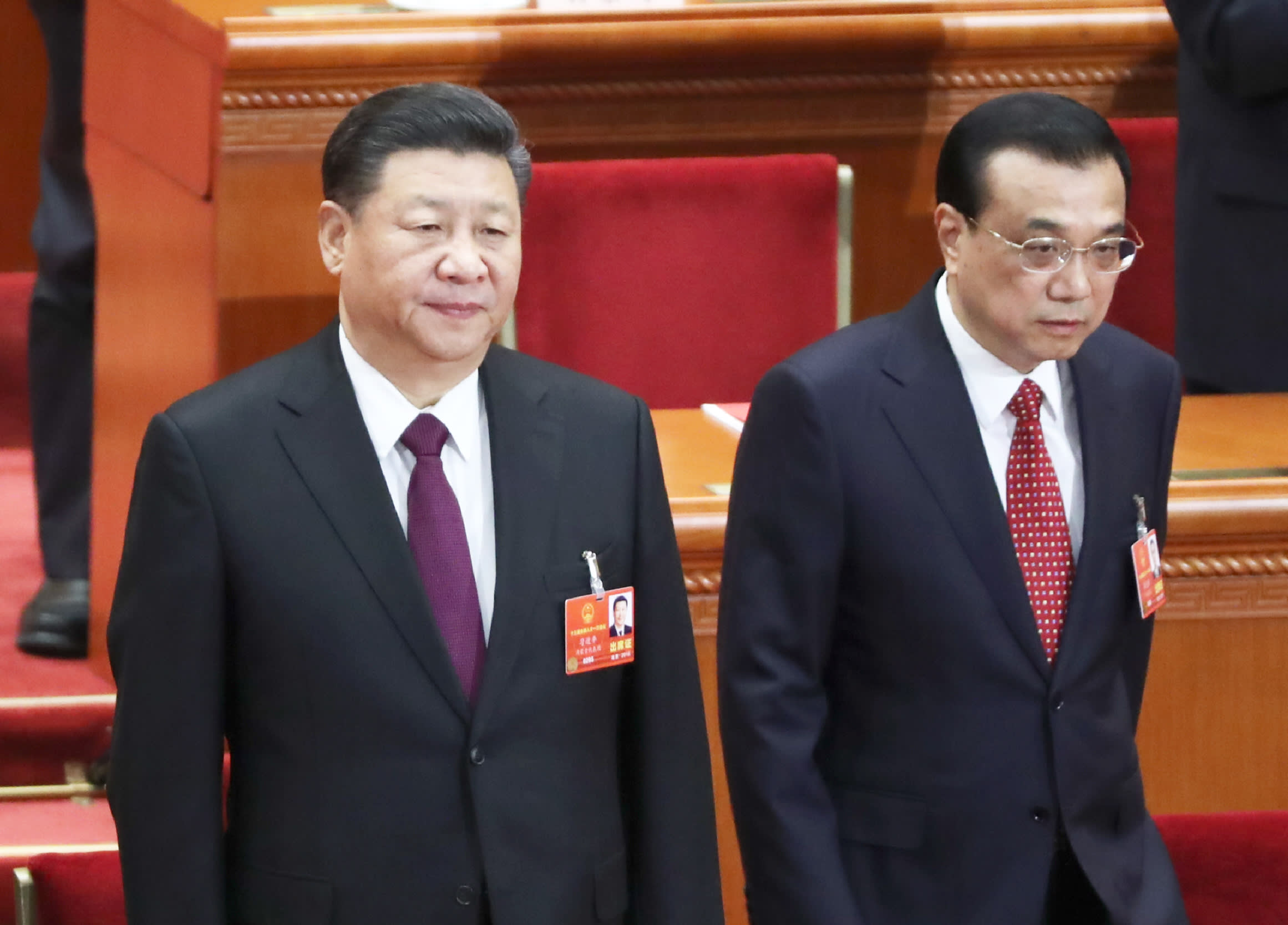 Xi envisions China as a superpower built on one-party rule

BEIJING -- Having cemented himself as China's leader for years to come, President Xi Jinping on Tuesday outlined his vision for a rejuvenated nation leading the world order as a superpower rivaling the U.S.

And such global ambitions, he believes, can be realized only through the strong leadership of the Communist Party.

China will play an active role in changing and shaping the world order, said Xi at the close of the National People's Congress, signaling his intentions to have Beijing's wishes reflected in a global landscape currently led by Washington.

Xi highlighted efforts to build a first-class military, reasserting the goal of becoming a global power by midcentury. On the economic front, Xi pledged to open up the market for "high-quality growth" to bolster overall national power.

With the U.S. in mind, Xi responded to alarm over China's rise by saying that "only those who are accustomed to threatening others see everyone as a threat." He also took aim at independence movements in Taiwan and Hong Kong, declaring that "not a single inch of our land" could be ceded from China.

Xi placed particular emphasis on the Chinese Communist Party's social controls, describing the party as an eternal pillar of the Chinese people. "The party is the highest force for political leadership and the fundamental guarantee of the rejuvenation of the Chinese nation," said Xi.

Hopes for democracy raised during predecessor Hu Jintao's presidency have now vanished as the party reasserts its monopoly on power.

Constitutional changes certified by the rubber-stamp congress appear to have emboldened Xi. Lawmakers enshrined social controls by writing into the constitution that the party "leads everything." The two-term limit for presidents also was discarded, allowing him to stay in office beyond the end of his second term in 2023.

At the twice-a-decade National Congress of the party last fall, Xi promised that China would complete the basic modernization of socialism by 2035 and become a modern socialist great power by 2050. By appointing close allies to key posts, the president has solidified his power base and seems determined to extend his rule to see through these goals.

Xi's speech lasted more than 30 minutes, the longest since the presidency became China's top leadership position in 1993. In contrast, predecessors Hu and Jiang Zemin spoke for around 10 minutes on similar occasions.

Speaking at a press conference, Premier Li Keqiang promised to lower tariffs on popular consumer goods and drugs and ban forced technology transfers for foreign manufacturers investing in China. The statement was largely taken as an attempt to ease trade frictions with the U.S.

China plans to eliminate import tariffs for cancer drugs and lower them on imported autos. The government already cut tariffs on everyday consumer goods in December.

The U.S. is considering broad punitive tariffs under Section 301 of the Trade Act to counter China's forced technology transfers. Li stated that there would be no winners in a trade war and that both sides would suffer. He urged the U.S. to "act rationally" and not be led by emotions.

Li even touched on China's foreign reserves as the world's largest holder of U.S. Treasurys. "China diversifies the investment of its foreign exchange reserves on the basis of market principles, and China will remain a responsible long-term investor," he said.

China's annual budget deficit this year will fall to 2.6% of gross domestic product from 3% in 2017. Li said he wants to lower that figure even further to prepare for uncertainties that could create new domestic problems.

The Chinese economy is increasingly dependent on demand from overseas. Li said the government will step up public spending if growth steeply declines from a trade war.