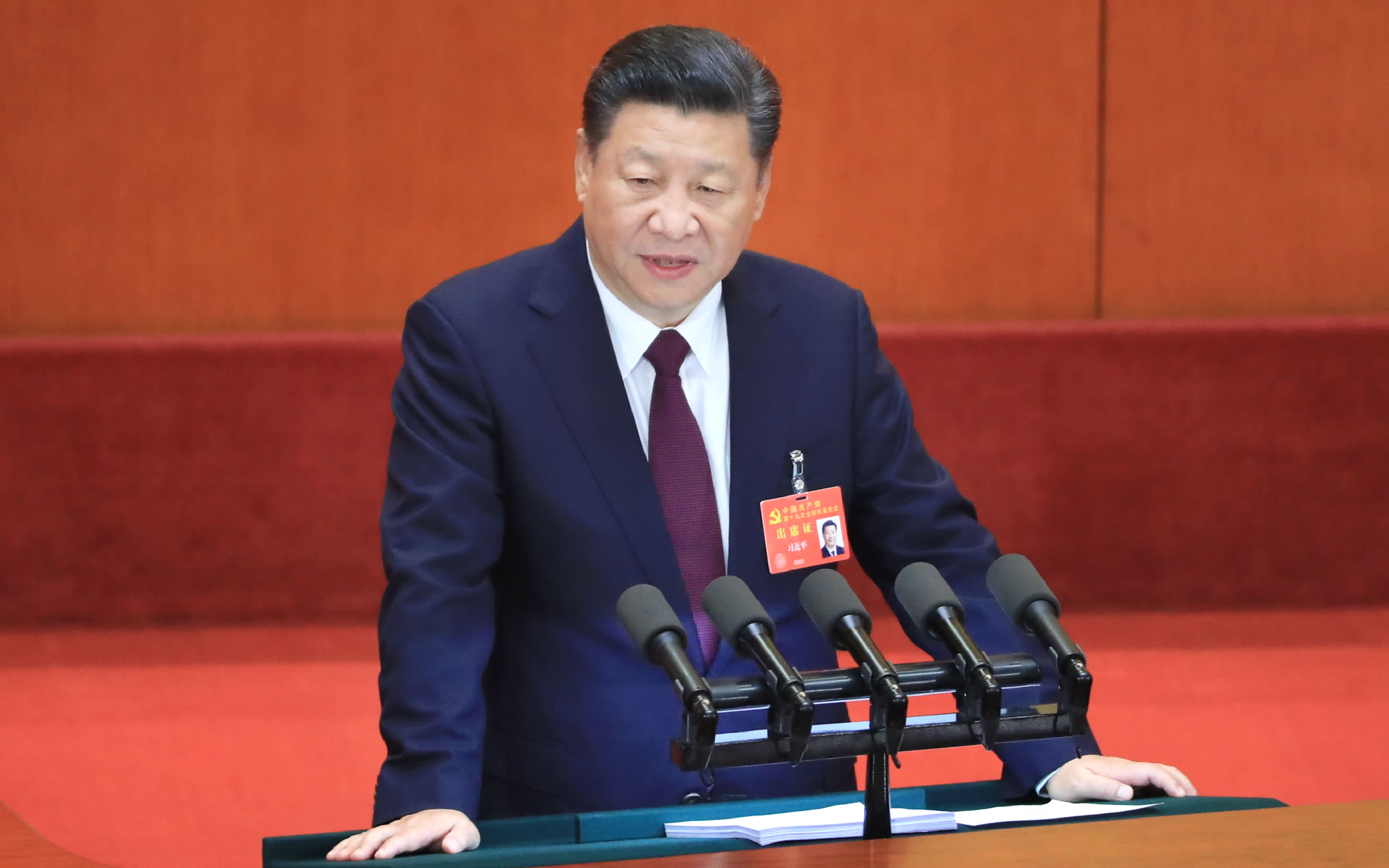 Xi Jinping speaks during the opening session of the 19th National Congress of the Communist Party of China at the Great Hall of the People in Beijing on Oct. 18. (Photo by Akira Kodaka)
Economy

BEIJING -- Chinese President and Communist Party chief Xi Jinping outlined a goal of developing China into a "great modern socialist country" by the middle of the century, as the party kicked off its 19th congress Wednesday to elect new leadership for the party and the nation.

In a speech lasting nearly three and half hours at the opening ceremony held at the Great Hall of the People, Xi said China will become a country that "leads the world in terms of the composite national strength and international influence." He appeared to be cementing the foundation of his administration for a second term by laying out a medium- to long-term vision.

In a report reviewing his first term and outlining his future policies, Xi said "historic shifts" have taken place in the positions of the party and the country over the past five years. He cited stronger national defense as a result of military reforms, stronger party discipline thanks to a crackdown on corruption, and economic reforms, as major accomplishments. He said his administration has "actively promoted the construction of man-made islands in the South China Sea."

The once every five-year congress is the most important meeting for the party, which is officially placed higher than the nation itself.

Xi said the goal of achieving a moderately prosperous society by 2020 had entered its "final stage," and that education and anti-poverty measures would be in focus.

Xi described the period from 2020 through 2035 as a phase for the nation to realize modernized socialism, and a time to expand the middle-class and narrow the wealth gap to create a more harmonious society. 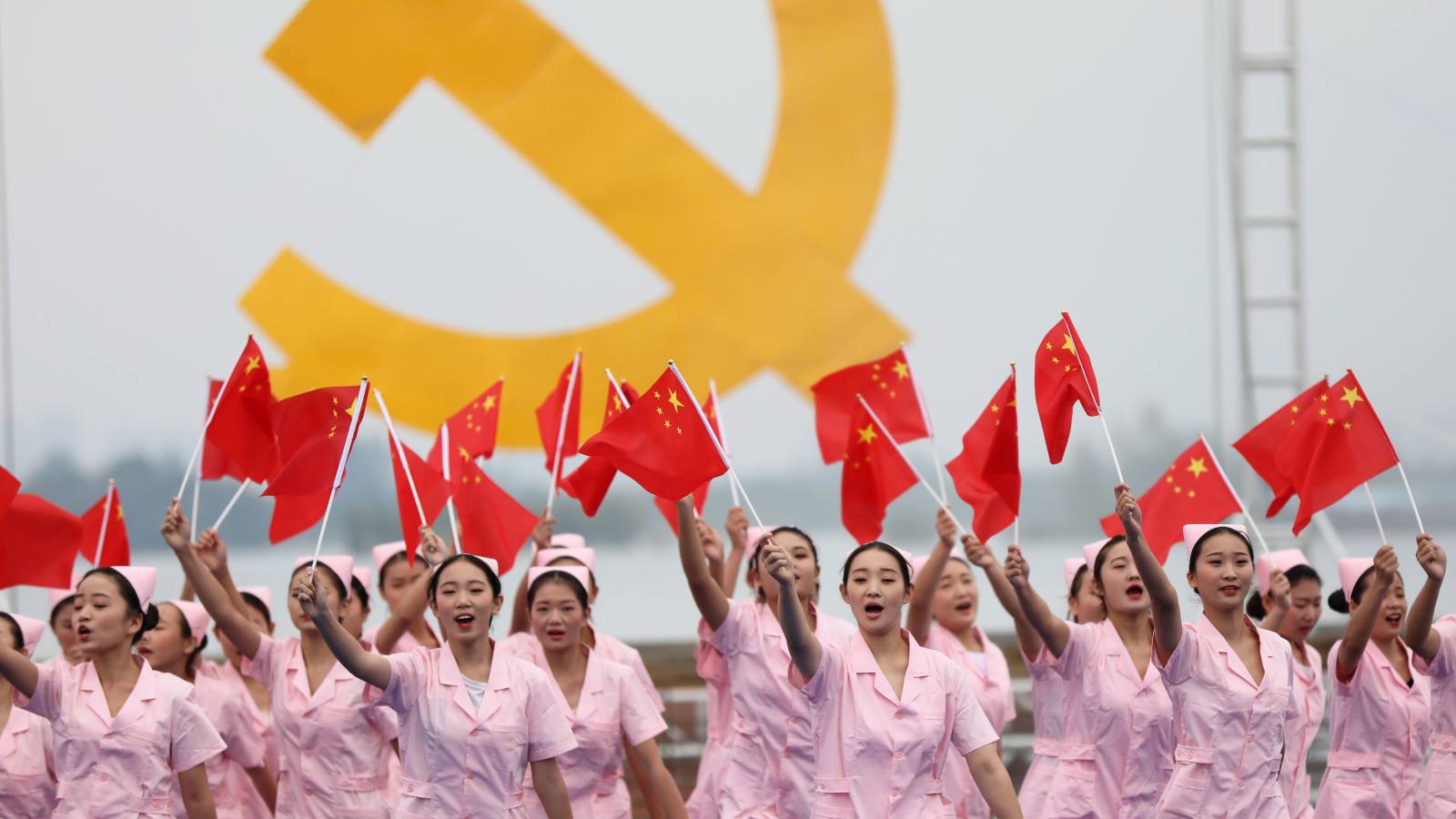 What you need to know about the Chinese Communist Party Congress

The period from 2035 to mid-century, on the other hand, will be spent building a great world power based on a fully modernized socialist society. He said Chinese citizens would live in a moderately prosperous society, while the nation itself moves toward a focal position in the world.

Since the beginning of the modern era, China has suffered long hardships, Xi said. But the time to stand up and simply aspire to wealthier lives is over, and the people have reached a point to leap toward greater power.

The suggestion was that Xi himself would open a new era of national power, succeeding his great forerunners -- Mao Zedong who founded the People's Republic, and Deng Xiaoping, who set the country on the path to economic growth.

By laying out a national vision toward the 2049 centennial of the founding of the People's Republic, Xi appears to be intentionally putting himself on a par with his predecessors.

Xi said the Communist Party will take the lead in all activities in the country, with greater involvement in all of society, including business.

As for Taiwan, Xi showed his determination to affirm China's sovereignty and oppose any moves toward Taiwan's independence. Unifying the nation is an imperative for Beijing. Xi said he plans to upgrade the nation's military to protect its sovereignty.

At the seven-day session, the congress will select the new group of approximately 200 members of the Central Committee. They gather after the congress as early as Oct. 25 to select members of the Politburo Standing Committee -- the top leadership body -- as well as those of the larger Politburo who will lead the country for the next five years.

At the beginning of the congress, Xi's appearance was closely followed by those of his most recent predecessors, Jiang Zemin and Hu Jintao. Many other party elders also attended, including former premiers Li Peng and Zhu Rongji. Premier Li Keqiang served as master of ceremonies.

During the congress, the Communist Party is set to incorporate Xi's political philosophy, and may include his name in the party charter, elevating his political standing to the same level as that of former leaders Mao Zedong and Deng Xiaoping.