Biden and Suga to discuss Taiwan, with Tokyo in better position to help 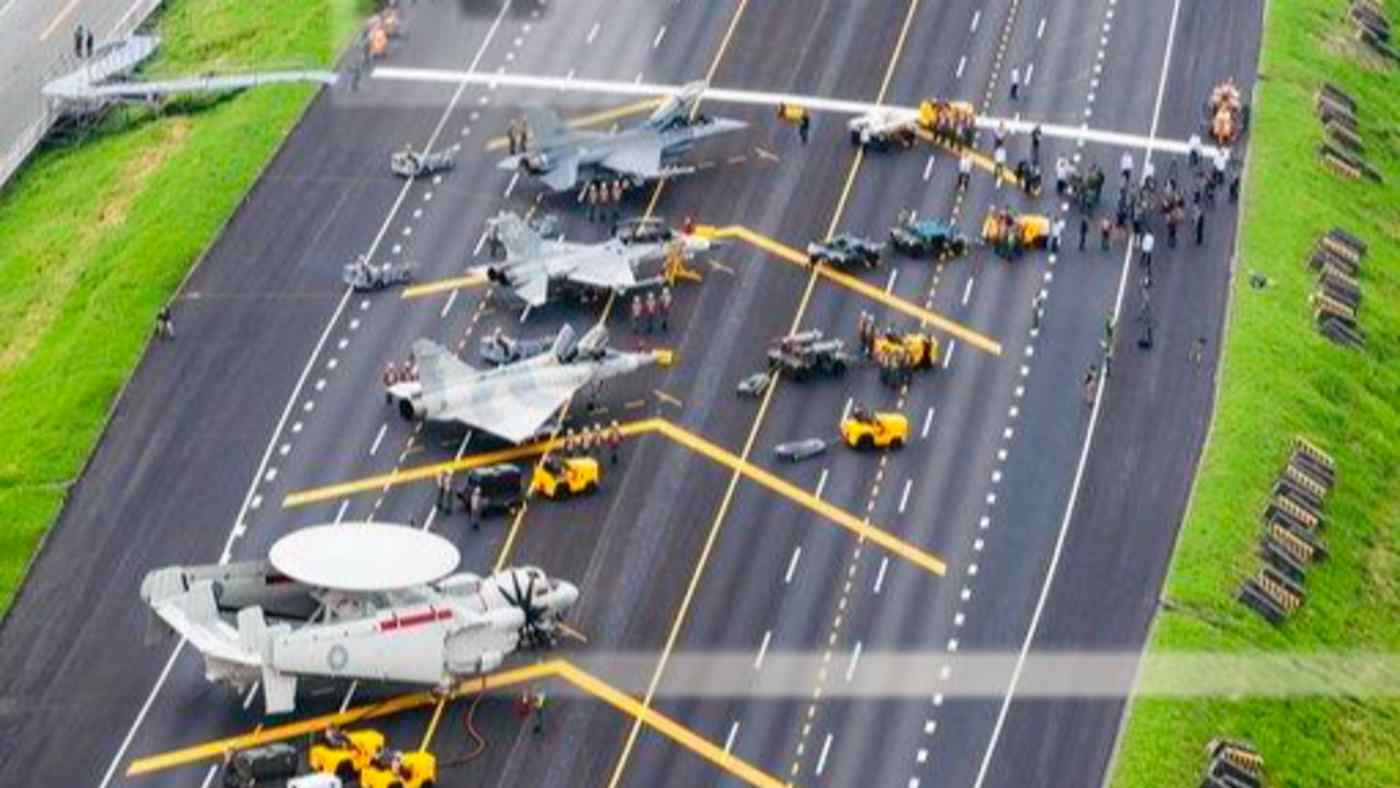 Taiwanese warplanes are parked on a highway during an exercise to simulate a response to a Chinese attack on the island's airfields.   © AP
NAOYA YOSHINO, Nikkei political editorApril 15, 2021 05:17 JST | Japan
CopyCopied

TOKYO -- When Japanese Prime Minister Yoshihide Suga sits down with U.S. President Joe Biden in the Oval Office of the White House on Friday, the two leaders will discuss ways to deter China from taking action in the Taiwan Strait. Northeast Asia security will be front and center in their first summit.

Another U.S.-Japan summit that took place 27 years ago had a similar vibe.

When then-Prime Minister Morihiro Hosokawa and President Bill Clinton met in 1994, the two countries had butted heads in the economic framework talks that began a year earlier. This summit was expected to be little different, with the bilateral trade imbalance taking the spotlight.

But once the meeting began, there was almost no talk of the economy, Nobuo Ishihara, then deputy cabinet secretary, Japan's top bureaucrat, recalled later.

"It was entirely about North Korea," Ishihara said.

Clinton asked for Japan's cooperation in the event the U.S. chose to take military action against North Korea. Pyongyang's nuclear weapons program had the Clinton White House on its toes.

Clinton's request was kept secret. After the summit, the two leaders said in a news conference that they could not reach an accord on steps to fix the economic situation.

At Hosokawa's direction, Ishihara and other Japanese officials covertly considered ways to support American forces. Minesweeping in naval blockades was considered. But the Japanese side quickly came to the conclusion that it constituted a form of military activity barred under its pacifist constitution.

Japan went back to the U.S. and explained there was nothing it could do.

The following year, relations between the two countries soured after the 1995 rape of a 12-year-old local girl by American servicemen in Okinawa. This incident and the North Korea crisis forced the two countries to reassess the bilateral security alliance.

Since then, Tokyo's options have broadened significantly.

The 1996 Joint Declaration on Security broadened the partnership beyond the Far East to the Asia-Pacific region. Guidelines revised in 1997 defined the roles of each country's forces, and a Japanese law enacted in 1999 enabled the nation's Self-Defense Forces to provide logistical support. The 2015 security legislation expanded the scope of the SDF's role in the alliance. President Joe Biden walks down a corridor in the White House. Japanese Prime Minister Yoshihide Suga will be the first foreign leader he will host on Friday. (Photo courtesy of the White House)

Today, that security legislation permits limited exercise of the right to collective self-defense if the country faces an existential threat.

The North Korean crisis carries an echo for the current situation in that security throughout Northeast Asia, starting from the Taiwan Strait, is being threatened.

Beijing considers Taiwan a province of the People's Republic of China and could attempt reunification by force. Under such a scenario, the conflict could easily spread to the Japan-administered Senkaku Islands -- which China claims and calls the Diaoyu Islands.

The Taiwan Strait and the Senkakus are strategically important for American forces in the Indo-Pacific, and a weakening of Japanese and U.S. deterrence capabilities there would reverberate not only across Asia, but around the world as well. That fact puts Taiwan at the center of the upcoming summit.

And as Washington's appetite for interventionism wanes -- then-President Barack Obama said in 2013 that "America is not the world's policeman" -- it has become all the more important for allies like Japan to help maintain and bolster deterrence in Northeast Asia, including around Taiwan.

Japan has learned from its lack of preparation and legal backing for security cooperation 27 years ago. Though Tokyo has begun rectifying this issue, whether it can meet all of Washington's expectations and demands is unclear.

Previous President Donald Trump, for example, pushed Japan to pay about four times as much as it does now to support the American military presence here -- a sum apparently meant to include part of the cost of operations along with the personnel and other expenses Tokyo now covers. Even with Biden in office, the principle of the U.S. sharing the burden with allies will not change.

Biden's choice of Suga for his first face-to-face meeting with another world leader demonstrates the president's focus on deterrence against China, and Japan's strategic value in the region.

The talks are expected to extend beyond Taiwan to a wide range of issues facing the alliance including climate change, coronavirus vaccinations, semiconductor supply chains and human rights. The relationship between Suga and Biden will reflect the start of a new era for the alliance.