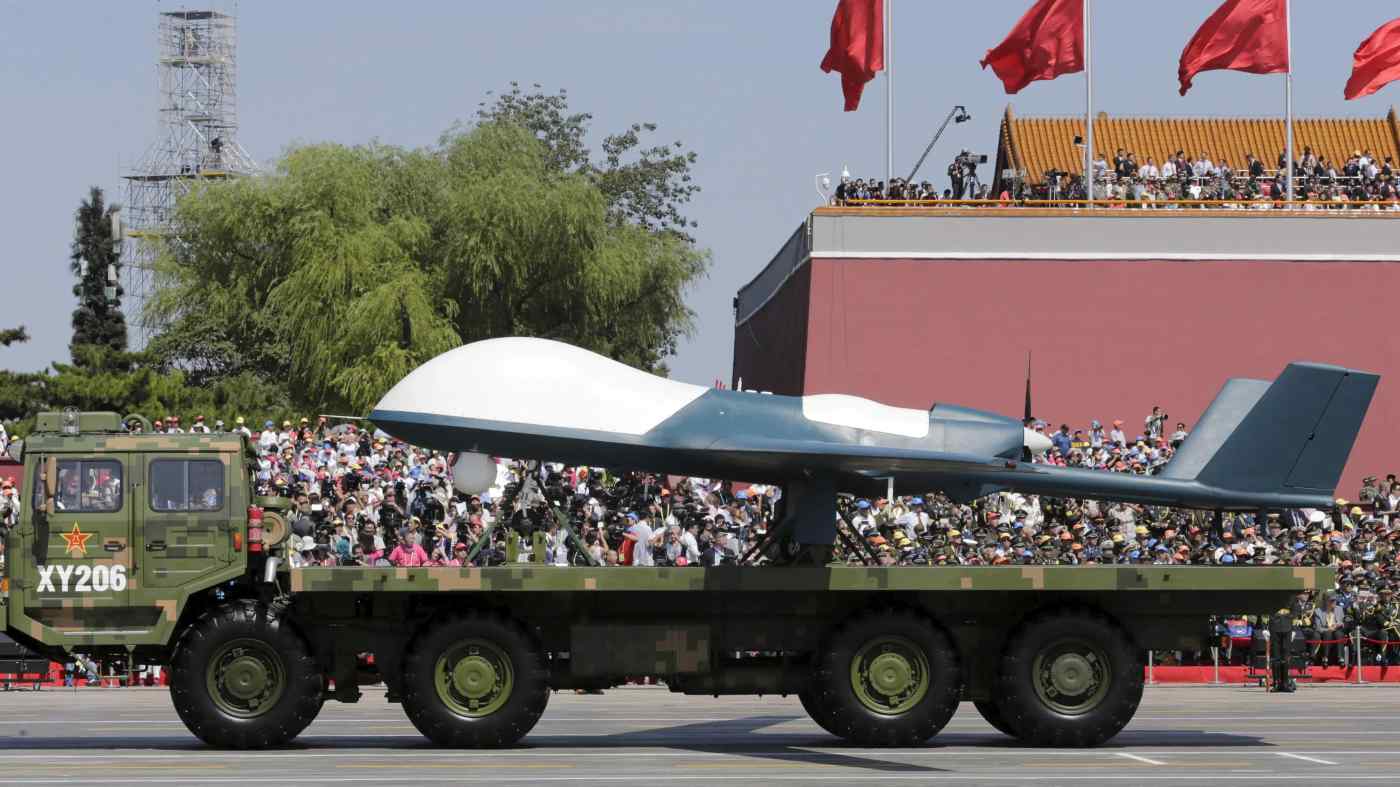 A Chinese military vehicle carries a Pterodactyl I aerial drone at a parade in Beijing. Parents' reluctance to send their only children into combat has the military searching for less dangerous options.   © Reuters
TETSURO KOSAKA, Nikkei senior staff writerMay 12, 2019 14:34 JST | North America
CopyCopied

TOKYO -- Drones swarming like bees to attack an aircraft carrier, or taking flight after a missile strike to show soldiers the quickest way to fix a destroyed runway, are no longer the stuff of science fiction. They are in the plans of the U.S., China and Russia as they race to develop weapons controlled by artificial intelligence.

But with the pace of progress in military AI systems now outstripping discussion of international rules to govern them, these transformative weapons are likely to make their way onto the battlefield with little oversight.