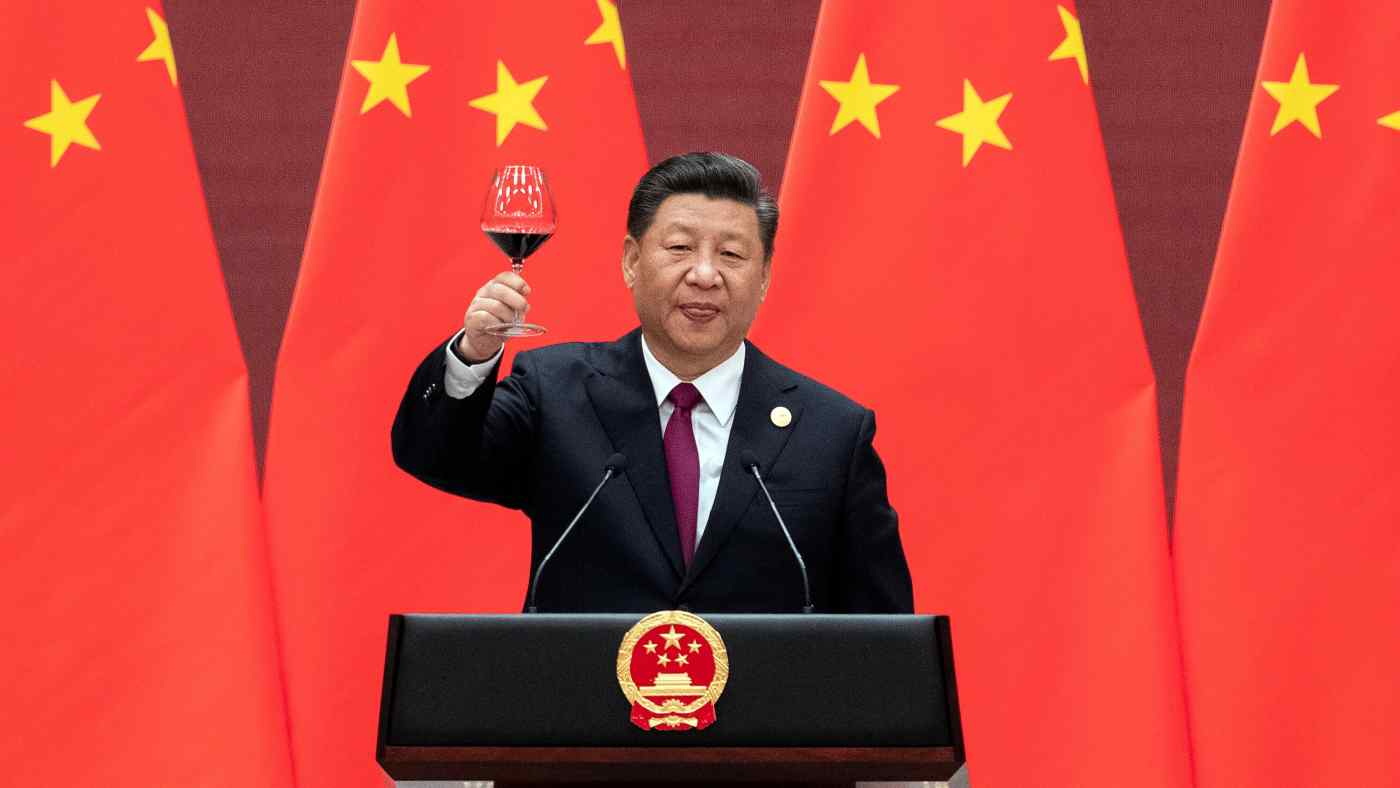 BANGKOK -- Nearly six years have passed since China set in motion the Belt and Road Initiative in 2013, seeking to create a massive economic zone linking itself to Europe by land and sea.

Although it got off to a slow start, more and more countries, drawn by the promise of Chinese money, are getting on board.

The second Belt and Road Forum for International Cooperation, which was held in Beijing on April 25-27, underscored that impression, attracting more world leaders than the first such extravaganza two years ago.

At the latest meeting, leaders from the 10-member Association of Southeast Asian Nations were particularly prominent, getting together in Beijing for their own mini summit. Thai Prime Minister Prayuth Chan-ocha and his Singaporean counterpart, Lee Hsien Loong, attended the forum for the first time.

The presence of the ASEAN leaders reflects their hopes for a large dollop of Chinese cash. But changes in the international environment over the past two years may leave those hopes unfulfilled.

One such change is the building confrontation between the U.S. and China, which had not yet surfaced in 2017. Another is the heightened scrutiny of Chinese actions, which critics say are aimed at asserting its regional dominance, as symbolized by its "debt-trap diplomacy." China has come under fire, especially from the U.S., for saddling countries with heavy debts, and then seizing control of key infrastructure, such as ports, when those countries are unable to pay back the loans.

"We do not offer a constricting belt or a one-way road," U.S. Vice President Mike Pence said at an annual summit meeting of the Asia-Pacific Economic Cooperation forum in Papua New Guinea in November 2018. Pence's dig at China reflects the changing mood.

China responded by keeping a low profile at the second Belt and Road summit, with President Xi Jinping promising to give consideration to the fiscal sustainability of partner countries and to comply with international rules.

Rumblings of discontent from Washington over China might have caused Asian nations to distance themselves from Beijing in years past. No longer. They are instead cozying up to China -- and trying to take advantage of its sudden reluctance to throw its weight around. Malaysia offers a case in point. "I am fully in support of the Belt and Road Initiative," Malaysian Prime Minister Mahathir Mohamad said in a speech at the summit. That was a reversal of Mahathir's stance immediately following the general election in May 2018. At that time, he condemned China's development scheme as a "new version of colonialism."

Mahathir announced the cancellation of the 600 km East Coast Rail Link project, stating the construction costs were too high. The project was launched by his predecessor, Najib Razak, whom Mahathir defeated in a bitter election campaign.

But unilaterally canceling the project would force Malaysia to pay huge penalties to China, so the two held talks for nearly a year. In the end, they agreed to resume the project after scaling it back. The construction cost has been slashed by more than 30% to 44 billion ringgit ($10.6 billion). While the behind-the-scenes negotiations were underway, Malaysia also won a contract to sell a large amount of palm oil to China.

The East Coast Rail Link, which crosses the Malay Peninsula, is a key project for China. Malaysia used that knowledge to extract concessions from Beijing.

Aung San Suu Kyi, the de facto leader of Myanmar, attended the meeting, as she did on the previous occasion. Myanmar has already agreed to promote the China-Myanmar Economic Corridor, the centerpiece of which is a new expressway and railway between the southwestern Chinese province of Yunnan and Myanmar's western state of Rakhine. A Chinese-led port project in Kyaukpyu, at the western tip of the state, raised eyebrows because of China's huge investment in it. At Myanmar's request, China decided at the end of last year to cut the investment by a fifth. Kyaukpyu has a natural harbor on the Indian Ocean and can handle large ships. China will build a special economic zone around the port. In return, it will gain an outlet to the sea.

Located 600 km from Yangon, Kyaukpyu has been an economic backwater up to now. Suu Kyi will receive a great deal of credit if she manages to lure Chinese businesses to the area because they could provide jobs to some of the 700,000 Rohingya Muslims waiting to return to Myanmar from neighboring Bangladesh, where they fled following an army-led pogrom.

Myanmar has been heavily criticized for its treatment of minority Rohingyas, both domestically and internationally. The government hopes Chinese investment in Rakhine, and the jobs it brings, will put the issue to rest.

Domestic politics have also intruded on the Belt and Road in Indonesia. President Joko Widodo did not participate in the recent summit, sending Vice President Jusuf Kalla in his place, apparently because he wanted to fend off criticism from political opponents that he is giving preferential treatment to foreign businesses.

But that has not stopped Widodo from cashing in on the Belt and Road. Indonesia and China signed 23 cooperation agreements at a meeting held on the sidelines of the summit. Most, including projects to build an aluminum smelter and a power plant, will be sited in Kalimantan, Sulawesi and other outlying islands, rather than Java, which is where Jakarta is located. Widodo can thus tap Chinese capital to push his decentralization program forward.

Asian countries have every reason to warm up to the Belt and Road. According to the Asian Development Bank, demand for infrastructure in Asia totals $1.7 trillion per year, an amount too large for private investors alone to meet.

China's generous financing comes with strings attached: It wants export markets to absorb its excess production capacity, access to natural resources and greater military influence. But China's checkbook diplomacy -- it is estimated to have invested or loaned a total of $530 billion on the initiative so far -- is irresistible to many in Asia. 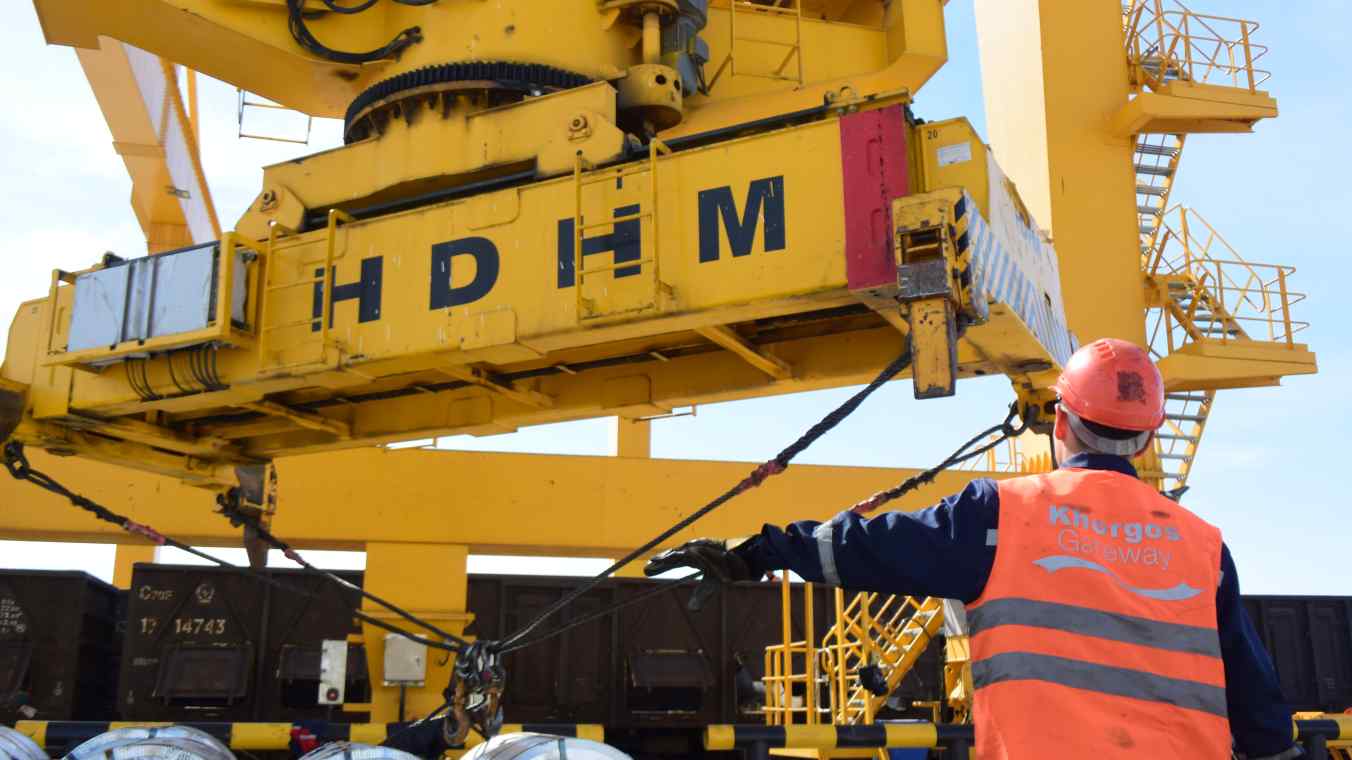 To counter these moves, the U.S. has said it will set up an investment and loan program worth $60 billion under its Indo-Pacific Strategy, but it has offered few specifics.

Skeptics abound. "The U.S. does not have the financial muscles nor the political will to provide the kind of support provided by the BRI," said Tang Siew Mung, who heads the ASEAN Studies Centre at Singapore's ISEA-Yusof Ishak Institute. Rather than put their hopes in empty U.S. slogans, Asian countries will embrace China's pragmatic approach, though they are aware of the risks.

Doubts remain over whether China's newfound modesty will last. And greater concern for fiscal sustainability and international lending standards may undercut one of the more attractive features of Chinese financing: quick decision-making.

With U.S. President Donald Trump threatening to slap punitive tariffs on Chinese imports, starting Friday, friction between the two countries may intensify, prompting Washington to try harder to block the Belt and Road. That may force countries in Asia to choose sides, with uncertain results.