SINGAPORE -- A flurry of stock market debuts by Asian companies has arrived, making this year a transformational moment for startups from India and Southeast Asia.

Crackdowns on Chinese startups are likely to make global investors look elsewhere and bolster the share prices of other companies in the region. But this coming-of-age moment is still missing a crucial ingredient: monetization.

India's Zomato, which last month went public and saw its share jump as much as 80% when it began trading in Mumbai, is still burning through cash. The food delivery group reported a net loss of $100 million in the year to March.

Elsewhere, Indonesia's Bukalapak is set to list on the Indonesia Stock Exchange on Friday. The e-commerce marketplace, whose name means "open a stall," is set to raise more than $1.5 billon in a deal that could value the company at more than $6 billion. It could be the country's biggest IPO ever.

Like Zomato, Bukalapak will need the money. The online shopping group is not profitable -- in 2020 it reported losses of about $89.5 million. The company, which is not even one of the top two e-commerce players in Indonesia, is going public just as the country's tech battle steps into high gear. The lure of a 270 million-strong population means rivals, including Tencent-backed Shopee, Alibaba-owned Lazada and local player Tokopedia, are striking partnerships, raising capital and expanding further into Bukalapak's turf.

That hasn't dampened record investor demand. The deal has been upsized dramatically. Bukalapak had initially aimed to raise about $300 million. Then the goal became $800 million; now it is targeting $1.5 billion. It has priced its shares at the top end of its range, according to DealStreetAsia.

Similarly, Zomato is locked in an expensive fight against its rival Swiggy. Both have used heavy discounts to expand into hundreds of cities. But investors were bullish. Zomato's shares surged to a high of 138.90 rupees on the National Stock Exchange of India from their issue price of 76 rupees on their first day of trade, valuing the loss-making company at about $12 billion.

Zomato's IPO, the largest in more than a year, is set to be followed by that of Paytm, a New Delhi-based payments group. Paytm is also loss-making, yet it is targeting a valuation of $25 billion to $30 billion.

Meanwhile, Grab, Southeast Asia's largest privately held startup, is set to list in New York later this year via a record merger with a blank check vehicle -- a special-purpose acquisition company, or SPAC. Yet Grab has lost money every year since its inception in 2012. Accumulated losses hit $10 billion at the end of last year and the company does not expect to break even until 2023.

Ample funding and high share prices assume all too often that today's unicorns -- startups valued at $1 billion -- will grow out of their losses, argues Jeffrey Lee Funk, a technology consultant in Singapore.

Sure, it took Amazon about 10 years to make a profit. But a lot of these unicorns -- Paytm and Zomato for instance -- are already more than 10 years old.

The demand to date is an indicator of the huge investor interest in Asian tech companies. The IPOs arrive as investors become increasingly bullish on other parts of Asia, following Beijing's targeting of China's internet groups.

Investors see a pathway to profitability. For Zomato, some hope the company will prove to be India's answer to Meituan, China's largest food delivery platform, which turned profitable in 2019. Meanwhile, Paytm touts itself as a "super app" with the potential to become India's Alipay. The Chinese payments app is owned by Ant Group, which also makes money.

But a lot of the hype appears driven by euphoria and FOMO -- fear of missing out -- among short-term investors rather than those who see long-term potential for profits and a sustainable business model.

They should settle in for a long ride. Given how nascent most of Asia's tech boom is, the region's unicorns will require plenty of cash to continue competing against other well-financed rivals for the next several years. Shareholders will find themselves funding this expensive tech fight for dominance. 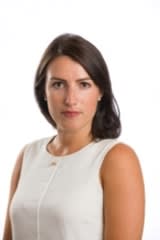