Authoritarian regimes prevailing over democracies across the world 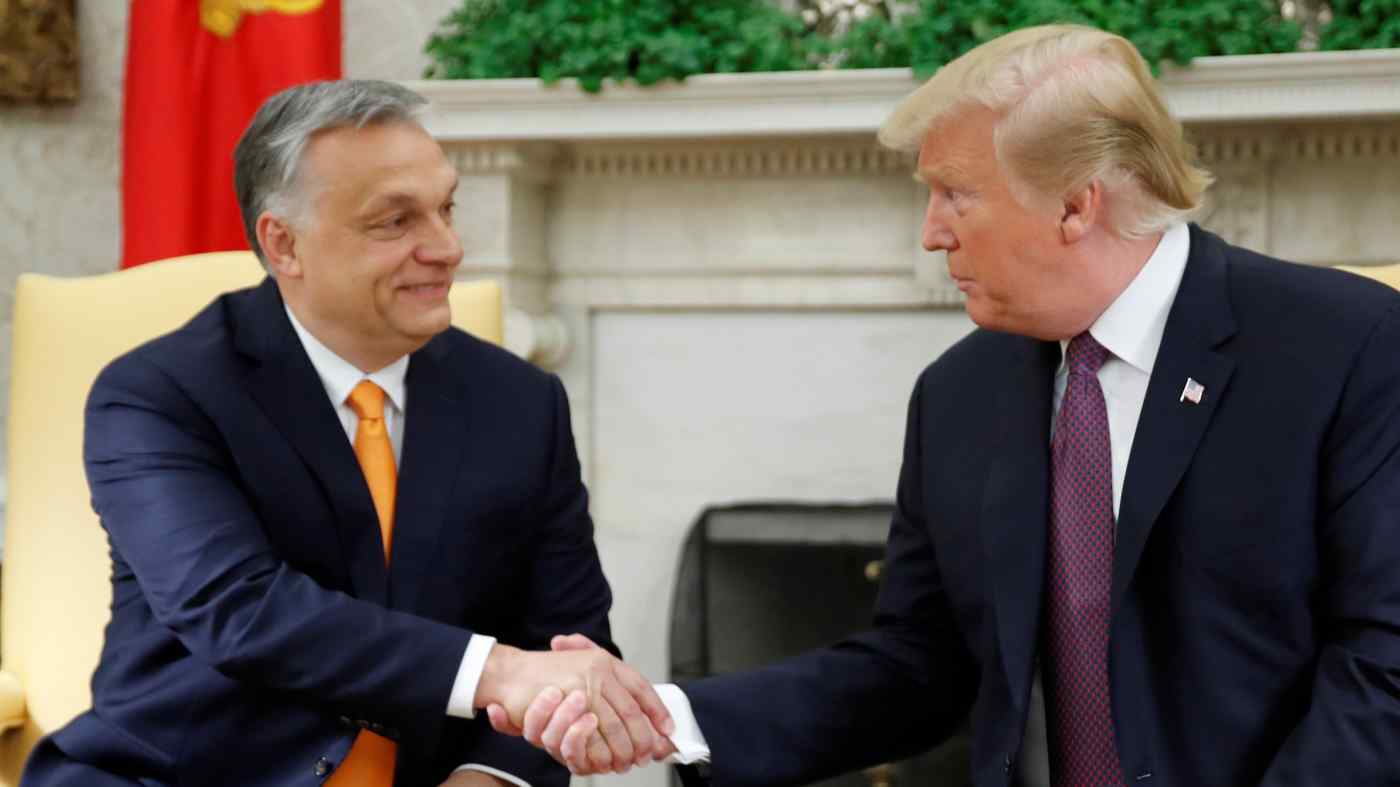 The U.S., which won the Cold War with the former Soviet Union about 30 years ago, is putting itself first and has stepped down as the champion of global freedom and democracy.

Other countries that once pursued freedom are turning into authoritarian regimes.

The ancient Roman goddess of peace and order called "Pax" has disappeared. The values humankind has won by making many sacrifices are losing their luster, and democracy is not being properly defended.

In its first report on the rule of law compiled at the end of September, the European Commission, the executive arm of the European Union, said there are serious concerns about judicial independence in some members of the bloc.

Hungary came under particular scrutiny. Viktor Orban, the prime minister, has declared that the doctrine that democracy can only be liberal has been toppled.

Since its inauguration in 2010, the Orban administration has repeatedly revised important laws, including the constitution, increased the number of pro-administration judges and contained the judiciary's role of checking power. The source of the Orban administration's power lies in his ruling party's two-thirds parliamentary majority.

Hungary switched from communism during the Cold War to democracy, and joined the EU in 2004. But wage levels are still one-third of the EU average, and its population has shrunk 7% over the past 30 years.

The dream of becoming affluent after democratization has yet to come true. Low growth and a concentration of wealth are shaking democracy.

Orban has attacked his "enemies" such as refugees, the EU headquarters and liberalism, and has garnered support from people who cannot vent their pent-up frustrations elsewhere.

The paradox of liberal democracy is that citizens are freer but feel powerless, Ivan Krastev, a Bulgaria-born political scientist, wrote about the situation in Central Europe.

In Poland, which pursued democratization during the Cold War, the hard-line right-wing administration also established a law in February to ban judges from objecting to reforms carried out by the government. Judges from Norway take part in a protest against a Polish bill seen as undermining judicial independence and the rule of law in Warsaw on Jan. 11.   © Reuters

The number of people living in democracies now accounts for 46% of the world population, the lowest figure since 1991, when the Soviet Union collapsed.

The nightmare of an elected government destroying democracy was also witnessed about 90 years ago.

Germany, which had the most advanced democratic constitution at the time, was devastated by World War I reparations and the Great Depression, leading it to come under the totalitarianism of the Nazis, led by Adolf Hitler. 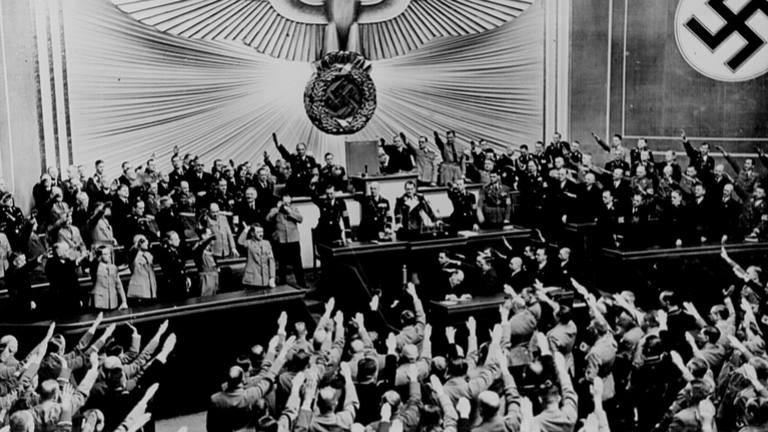 Adolf Hitler accepts an ovation in the Reichstag after announcing the acquisition of Austria, setting the stage to annex the Czechoslovakian Sudetenland, in Berlin in March 1938.   © Reuters

At stake are democracy and the prosperity of liberal economies. A great power -- one that is supposed to continue protecting common values forged in the 20th century -- is now hard to find.

On Nov. 3, the U.S. will hold its 59th presidential election since its foundation.

In the populous state of Texas, Gov. Greg Abbott of the ruling Republican Party issued a surprise order in early October limiting the number of drop-off locations for mail-in ballots to one site per county.

The order has drawn a backlash from the opposition Democratic Party, which claims that it will make it hard for elderly people to cast ballots. A court battle over the order is continuing.

The number of court cases over changes to election rules made on the grounds of the coronavirus outbreak has exceeded 350 across the U.S.

President Donald Trump has not even made a commitment to a peaceful transfer of power if he loses to Democratic challenger and former Vice President Joe Biden.

Authoritarian countries are not blind to the wavering of democracy.

The Chinese government, led by President Xi Jinping, is forcefully pushing ahead with the assimilation policy for ethnic minorities in the Xinjiang Uighur Autonomous Region and elsewhere in the country.

The Hong Kong government banned public gatherings of five or more people in March. It also banned protest activities, citing the coronavirus outbreak. An election for the Legislative Council, Hong Kong's parliament, planned for September has also been delayed by one year.

Belarusian President Alexander Lukashenko forced through an inaugural ceremony for his sixth term without notice in September. Although demonstrations continue over the country's allegedly fraudulent presidential election in the summer, he sees through the paltry shows of concern in Western countries.

Russia has offered loan assistance of $1.5 billion to Belarus in a bid to expand its influence there.

German-born British sociologist Ralf Dahrendorf wrote 23 years ago that "a century of authoritarianism is by no means the least likely prognosis for the 21st century." Is there no hope, then?

In Hungary, Veronika Munk opened a news website, Telex, along with many of her associates in October.

Munk had resigned as the deputy editor-in-chief at the country's biggest online media outlet in July. She did so because a businessperson close to the government interfered in the media outlet's management and dismissed its editor-in-chief. Munk said media outlets can only win editorial independence by standing on their own feet. Telex is financed mainly through donations and subscriptions.

The rule of law and freedom of speech can always be improved. The democratic foundation of freely fostering ideas cannot be protected by "someone else." Larry Diamond, a senior fellow at the Hoover Institution in the U.S., calls for "a new age of democratic renewal."

The key to protecting the future lies in the hands of every one of us.