Base or beyond? Paths of US Republicans and Japan's LDP part 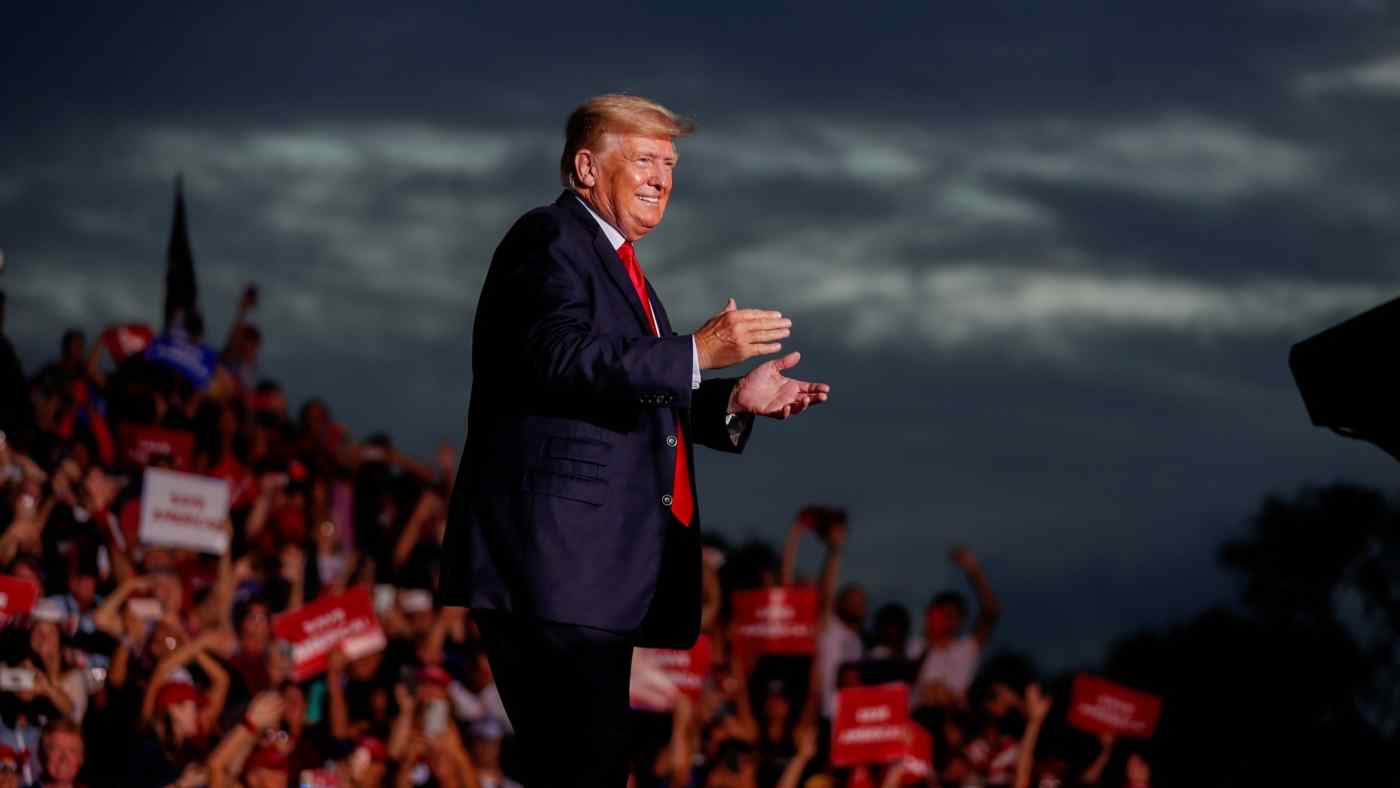 TOKYO -- For years, Japan's ruling Liberal Democratic Party and the U.S. Republican Party have served as beacons for political conservatives in their countries.

But opinion polls and election results suggest the two parties face drastic differences, namely in the political landscape they traverse and the degree of loyalty they command from their supporters.

Cabinet approval for Japanese Prime Minister Yoshihide Suga sank to 34% in a Nikkei/TV Tokyo poll this month, the lowest rating since his government began last September. Approval among LDP supporters also fell to its lowest level, at 63%.

Since Suga's predecessor, Shinzo Abe, began his second stint as prime minister in 2012, cabinet approval has similarly fluctuated among the general population and LDP supporters alike. This indicates that a dip in cabinet approval is partly a sign that the ruling party's own support base is distancing itself from the leaders of the time.

Frustration with the LDP pervaded the Tokyo metropolitan assembly election on July 4. Although the party gained eight seats for a total of 33, the result was widely viewed as disappointing given initial forecasts that it could win more than 50 seats.

Independent voters are usually considered the key to winning an election. But loyalty from a party's own support base is also crucial. Many LDP supporters have switched their allegiance in the past when another promising conservative party has emerged, like the Japan New Party, founded in 1992, or Tomin First and the Party of Hope, founded in 2017.

"It gave me a shock," Abe said of the Party of Hope, which was founded ahead of Japan's last general election, in an interview last year with Nikkei.

Shortly after the party's founding, its leader, Tokyo Gov. Yuriko Koike, made a gaffe over the selection of its candidates, disappointing voters. Without the gaffe, the party could have threatened the government.

Nippon Ishin no Kai, an opposition party popular in the greater Osaka region, fits into this mold as well.

However, in the U.S., party loyalties -- and divisions -- appear to run much deeper.

Former U.S. President Donald Trump scored an approval rating of 82% among Republicans and 4% among Democrats in a January poll by Gallup conducted shortly before he left office. His overall approval stood at 34%.

Half a year later in July, U.S. President Joe Biden notched an overall approval rating of 50% -- 90% among Democrats and 12% among Republicans.

The divide between American conservatives and liberals has sharpened markedly since the later years of the presidency of Barack Obama, which in turn contributed to Trump's political rise.

Under Biden, the U.S. political landscape remains highly polarized. Leading exit polls for the 2020 presidential election showed that 94% of Republicans voted for Trump and 94% of Democrats voted for Biden. Despite his loss, Trump has stayed politically active and extremely influential. The polarization shows no sign of weakening.

Compared with Japan's political factions, small-government Republicans and big-government Democrats operate across a much clearer divide both in their ideologies and policies. The stark delineation has only enforced party loyalties.

It remains to be seen whether the LDP, reeling from its performance in the Tokyo vote, will advance the conservative agenda ahead of the next general election. In its economic policy, for instance, the LDP has long propounded a strategy of downplaying differences with the opposition, including in the decades since 1955 when it battled with the Japan Socialist Party for control of the government.

In the past, political pundits used to say that the LDP adopted policies three years after they had been proposed by the socialists. Even now, the Suga government is offering liberal-leaning economic measures, such as raising the minimum wage and providing cash handouts as pandemic relief.

By incorporating policies that appeal to the left, the LDP seeks to win over voters across the political spectrum. This could work to the party's advantage or disadvantage.

Japan is not grappling with the kind of deep political divide afflicting the U.S. This is due in part to a ruling party that tries to cater to both conservative and liberal voters.

The LDP is the sole nationwide conservative party in national politics. For this reason, its poor showing in the Tokyo prefectural election will not directly translate into a comparable performance in an upcoming general election.

If such is the thinking among party leaders, the LDP could again try to court both conservative and liberal voters. Or the party could change course and focus on policies that appeal to right-leaning voters.

Less than three months remain until the current term of lower house members ends in October. With its public support slipping, the beleaguered Suga government faces the challenge of crafting a platform that can win the general election.

Naoya Yoshino is the Tokyo-based head of Nikkei's political news group. As a political reporter, he interviewed 14 Japanese prime ministers, from Morihiro Hosokawa to Yoshihide Suga, and covered the finance and economy ministries. He worked as a Washington correspondent from 2012 to 2017, reporting on the 2012 and 2016 presidential elections.