US administration needs cooperation with Asia to counter China 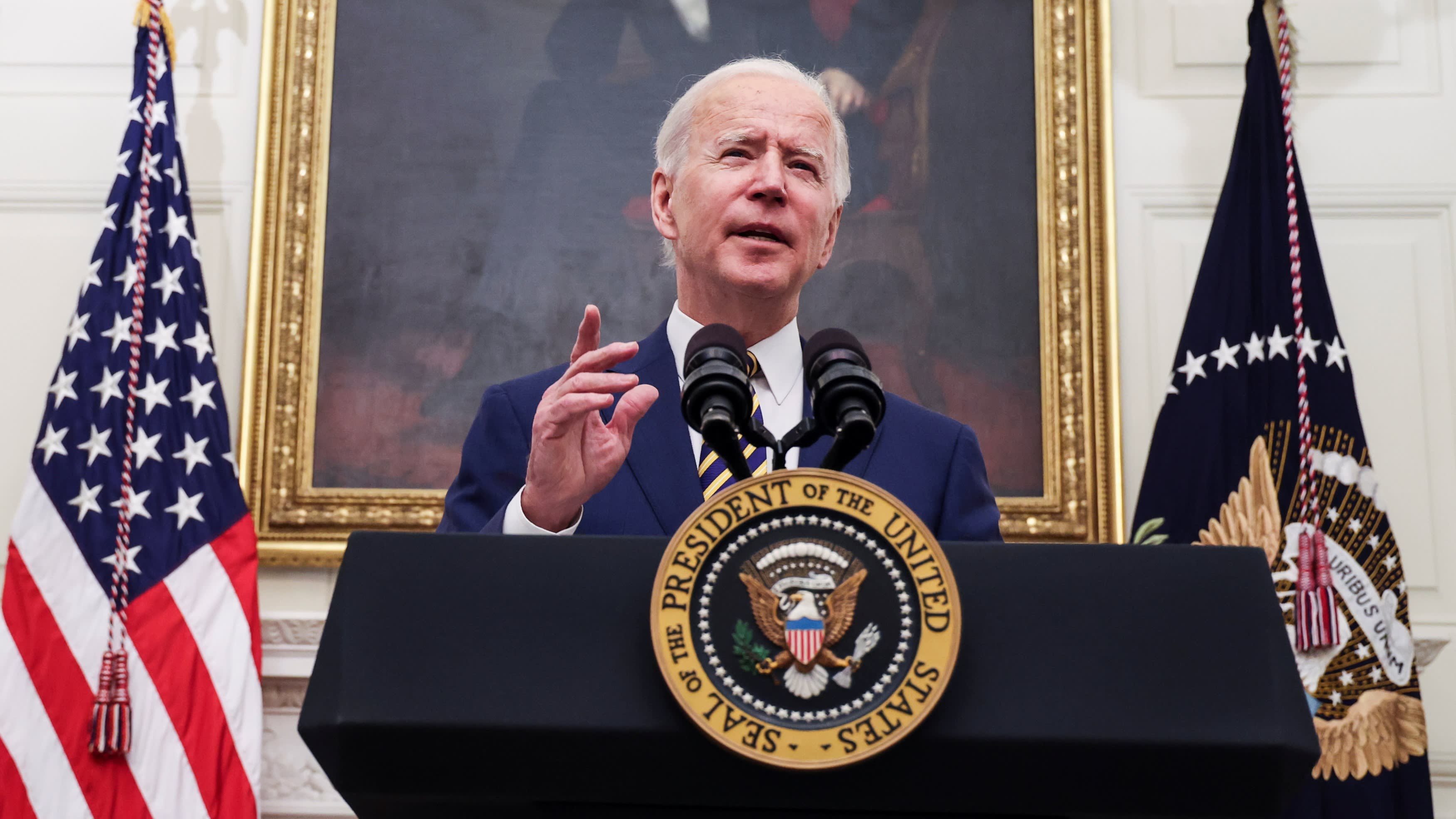 U.S. President Joe Biden speaks about his administration's plans to respond to the economic crisis during an event at the White House on Jan. 22.   © Reuters
TORU TAKAHASHI, Editor-in-Chief, Editorial Headquarters for AsiaJanuary 31, 2021 11:30 JST | North America
CopyCopied

BANGKOK -- Joe Biden was sworn in as the 46th president of the U.S. on Jan. 20, amid the aftershocks of the Capitol riot fanned by his predecessor, Donald Trump.

Biden referred to foreign policy only near the end of his inaugural address, which focused on domestic issues such as democracy, racial discrimination and the gap between the rich and the poor. "We will repair our alliances and engage with the world once again," he said.

The reaction of Asian nations to that vow by the new president of a superpower that has, since the end of World War II, occasionally showed an excessive taste for intervention in other countries' affairs as the leader of the "free world," was mixed.

Noting that Biden talked very little about international issues, and did not mention China in the entire speech, the Global Times, a newspaper affiliated with the Chinese Communist Party, said Biden's vision is closer to reality than Trump's. It added that he is more rational than Trump, who attributed a large number of U.S. domestic problems to external factors.

"If both the US and China focus on doing their own things well and stop fighting against each other, the two countries will move forward based on their existing foundations," the newspaper said in an editorial published Jan. 22. But the comments, which echo the "new type of great power relations" proposed by China to President Barack Obama's administration, may be no more than wishful thinking.

In fact, Tony Blinken, Biden's nominee for secretary of state, said at his Senate confirmation hearing that he would take a tough stance on China, which he called "the top priority." Blinken said that although he had disagreed with Trump in many cases, the former president's "tougher approach to China" was "right."

In a related development, Taiwan's de facto ambassador to the U.S. attended the inauguration as an official guest for the first time since Washington broke off ties with Taipei in favor of Beijing in 1979. Thus, while the new U.S. administration is seen as more rational than its predecessor, its tough stance on China is likely to continue.

Southeast Asian countries have been perturbed by the downward spiral in U.S.-China relations and the potentially invidious choices it imposes on them, according to a recent report by Malcolm Cook and Ian Storey of the ISEAS-Yusof Ishak Institute, a Singapore-based think tank.

However, they do not want a return to the Obama-era approach to China which was generally perceived as being weak and ineffective. In short, most Southeast Asians do not want America to be either too confrontational or too accommodating toward China, they said. Kurt Campbell, then U.S. assistant secretary of state, right, greets a senior Cambodian official in Phnom Penh in May 2012.   © Reuters

Asian governments are thus paying keen attention to Kurt Campbell, who will assume the newly created post of Indo-Pacific coordinator at the U.S. National Security Council, marking his return to regional policymaking after an eight-year absence.

Obama's foreign policy was highlighted by the "Asia rebalance," which he unveiled in a speech to the Australian parliament in November 2011, three years into his first term. In it, Obama declared that the U.S. was a "Pacific nation" and would shift its foreign policy focus to Asia from the Middle East. The new approach was aimed at reasserting U.S. leadership in the region and militarily checking a rapidly emerging China in order to tap into Asia's fast growing economy.

Together with Clinton, Campbell devised the rebalancing policy and paved the way for Obama's speech in Australia.

In February 2009, Clinton visited Asia on her first official trip, becoming the first secretary of state in about half a century to put Asia at the top of the itinerary. During her four years in that role, Clinton had more than 60 stopovers in Asian countries, representing more than a quarter of her trips abroad. Under the Asia rebalance, the U.S., along with Russia, became a formal member of the East Asia Summit during Obama's first term. He also became the first sitting U.S. president to visit Myanmar in 2012, the year after the Southeast Asian country moved to civilian rule. The rebalance can thus claim some successes.

In Obama's second term, which began in 2013, John Kerry replaced Clinton and Campbell retired, taking some momentum from the administration's Asia policy.

Prompted by Iran's advancing nuclear program, the civil war in Syria and a flood of refugees to Europe, Kerry mostly visited Europe as secretary of state. After China cemented its control of Scarborough Shoal in the South China Sea in 2012, the U.S. failed to halt its naval buildup in the area, including construction of military facilities.

The dispatch of navy ships to the South China Sea under "freedom of navigation operations," which began in 2015, looked like shutting the barn door after the horses had escaped.

Unhappiness with the administration's passive stance on China rose within the Association of Southeast Asian Nations, prompting Peter Navarro, a China hawk who served as an adviser to President Trump, to accuse the Obama administration of speaking loudly and carrying a small stick.

How will Campbell rewrite Washington's Asia policy? In an article published in Foreign Affairs magazine dated Jan. 12, before his appointment was reported in the media, Campbell said it was neither realistic nor wise to try to separate China from Asia's energetic future, although Indo-Pacific nations are calling for U.S. help to safeguard their independence.

"A better solution would be for the U.S. and its partners to persuade China that there are benefits to a competitive but peaceful region," he said.

Over the past eight years, however, the decline of the U.S. and China's rise have continued. The COVID-19 pandemic has accelerated this trend. Because the U.S. cannot return to the China policy of the Obama era, Campbell will have to work out a new rebalancing strategy. 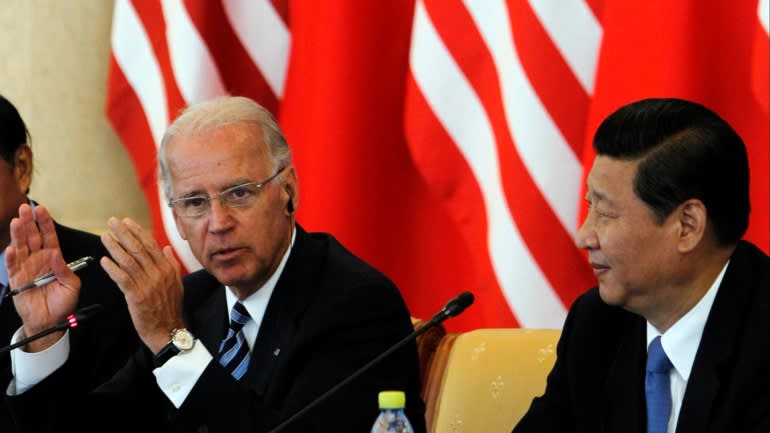 Joe Biden, then U.S. vice president, left, speaks as then-Vice President Xi Jinping looks on during talks at a hotel in Beijing in August 2011.   © Reuters

The promise of U.S. re-engagement in world affairs that Biden made in his inaugural speech should not be taken to mean unilateral action by the U.S. to contain China based on a self-righteous "America First," policy, but rather one of preventing Chinese hegemonism based on multilateral consensus and tying Beijing into the regional order.

If this view is correct, the U.S. needs to regain ASEAN's trust, which waned during the "lost eight years." Plans under consideration by the Biden administration, such as rejoining the Trans-Pacific Partnership free trade agreement, which Trump unilaterally pulled the U.S. out of, and participating in the Regional Comprehensive Economic Partnership free trade deal, in which Washington has previously shown no interest, face high protectionist hurdles in the U.S.

As a demonstration of its seriousness, Biden should promptly move to fill the Jakarta-based ambassadorship to ASEAN that has long sat vacant. In addition, the U.S. needs to show willingness to cooperate with ASEAN-led international conferences, such as by having Biden take part in the East Asia Summit, which Trump never attended.