Biden to test allies with more coordinated approach to China TOKYO -- U.S. President Joe Biden took office about two weeks ago amid concern in some quarters at home and abroad that the new administration will gradually go soft on China.

But the U.S. is unlikely to ease its tough stance on China, and tensions between the two countries are expected to rise. U.S. allies will likely be urged to work more closely with the Biden administration to cajole China into acting more responsibly on the world stage.

Biden and his cabinet have already repeated tough language and taken tough actions with respect to China, notably on the most sensitive issues to Beijing: Taiwan and human rights.

For starters, Taiwan's de facto ambassador to the U.S. was formally invited to Biden's inauguration on Jan. 20, the first time an official from the island has been at the event since Washington broke off diplomatic ties with Taipei in 1979. The State Department issued a statement three days later pledging that the U.S. will continue supplying weapons and providing political support to Taiwan.

On the question of human rights, the Biden administration followed the position of former President Donald Trump's administration and recognized the suppression of the Uighur population in China as "genocide."

The Biden administration has thus made it clear that Trump's policies will continue when it comes to these two hot-button issues.

Biden's hard line on China is also apparent in its dealings with U.S. allies in Asia. In a series of phone calls between Biden and Japanese Prime Minister Yoshihide Suga, as well as the two countries' foreign and defense ministers between Jan. 24 and 28, the U.S. affirmed that the U.S.-Japan security treaty applies to the Senkaku Islands, which are administered by Japan but claimed by China as the Diaoyu Islands. 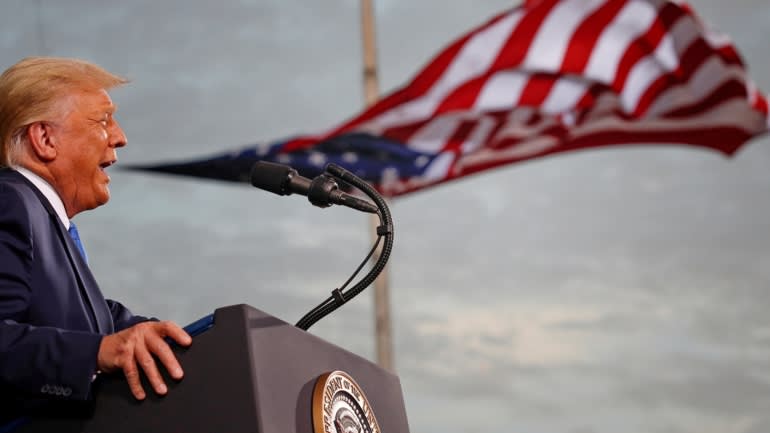 Former U.S. President Donald Trump speaks at a campaign rally in September 2020. His administration's China policies regarding relations with Taiwan and Beijing's suppression of the Uighur ethnic minority will continue under Biden.   © Reuters

Japan didn't have to request such assurances in advance, according to Japanese officials familiar with the phone conversations. The Biden administration decided on its own that the treaty applies to the islands in the East China Sea. This suggests Washington intends to maintain vigilance toward China, which it sees as stepping up acts of provocation.

But some experts still have concerns that Biden will eventually ease up on China in the coming four years. White House press secretary Jen Psaki told reporters on Jan. 25 that the administration will exercise "strategic patience" in dealing with China, sending ripples around the region.

That phrase was used to describe the policy of President Barack Obama toward North Korea during Biden's time as vice president. Many U.S allies regard that approach as a mistake because it allowed Pyongyang to buy time and produce nuclear weapons on a large scale. If Biden adopts a similar stance toward China, Beijing is likely to take it as a sign of weakness.

But it is wrong to take Psaki's words at face value and worry too much about Biden's China policy. It appears she made the comment without fully considering the meaning of the term. 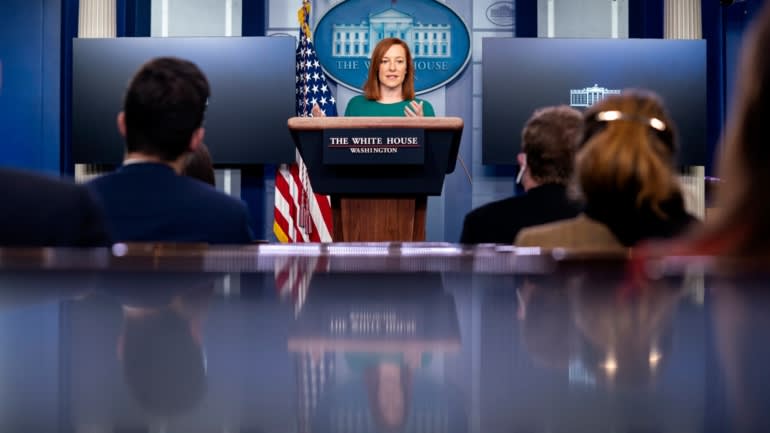 Spotting the potential for misunderstanding, the White House told major U.S. allies behind the scenes that the Obama administration's policy toward North Korea would not be adopted vis-a-vis China, according to U.S. foreign policy experts familiar with the administration's thinking. In fact, Psaki corrected herself at a news conference a few days later and asked reporters not to overinterpret the phrase.

It is hardly conceivable that Biden will make deals with his counterpart, Xi Jinping, over such issues as security to win his cooperation when it comes to global climate change. John Kerry, Biden's special presidential envoy for climate, rejected the idea of such a diplomatic quid pro quo. He seems to be aware of concerns among allies and does not want to be seen as overly conciliatory toward Beijing.

Although there might be twists and turns in Biden's four-year term of office, the chances are extremely low that the new administration, unlike Obama in his first term, will adopt a dovish stance on China. Rather, Japan and other U.S. allies should be prepared for Biden to urge them to apply more pressure on China, together with the U.S.

Biden's security policy team has been cautious on creating a permanent ministerial dialogue framework with Beijing, such as the U.S.-China Strategic and Economic Dialogue set up during the Obama years, according to U.S. government sources. The new president favors close pre-consultation with allies in order to closely coordinate approaches to China.

But the Biden administration's position doesn't mean that it will be easier for Japan and other U.S. allies than Trump's as Biden is eager for them to propose effective policies and act with the U.S. to counter China.

Trump did not necessarily expect such assistance, preferring rather to grab China by the shirt as he tried force it to end its unfair trade practices and cyber theft of U.S. technology. Asia and Europe could stand aside and benefit from U.S. pressure on China.

But where Trump acted like the tough leader of a schoolyard gang, Biden is more like a student body president who seeks cooperation from everyone. He envisions countering China on a multilateral basis. Washington's friends will not be able to stand aloof if U.S.-China friction heats up. They will have to get involved.

In his first major foreign policy speech as president on Thursday, Biden addressed a range of diplomatic issues, including China and the military coup in Myanmar

"We'll confront China's economic abuses, counter its aggressive, coercive action, to push back on China's attack on human rights, intellectual property and global governance," Biden continued. "But we are ready to work with Beijing, when it's in America's interest to do so."

Biden said that one area of cooperation with friendly countries will be Myanmar.

"Over the past few days, we've been in close cooperation with our allies and partners to bring together the international community to address the military coup in Burma," he said, referring to the country by its old name.

"We will work with our partners to support restoration of democracy and the rule of law and impose consequences on those responsible," Biden said.

During the Biden administration, it will be important for U.S. allies to be proactive rather than passive, proposing ways to cooperate with Washington in presenting a common front toward Beijing.

There are three key issues to this approach: The first is to adopt specific, cooperative steps that enable the U.S. to maintain its military supremacy over China in the Indo-Pacific region. In Washington, there is an expectation for Japan to sharply increase its defense budget, which is currently limited to around 1% of gross domestic product.

The second key is for U.S. allies to respond to China's escalating violations of human rights. The Biden administration is set to increase pressure on Beijing for its repression of Uighurs and infringement of Hong Kong's autonomy. The U.S. has already imposed sanctions on China during the Trump administration over these issues and may demand that Japan and other allies follow suit. A Biden administration foreign policy adviser asked why democratic Japan hesitates to slap sanctions on China for trampling human rights. 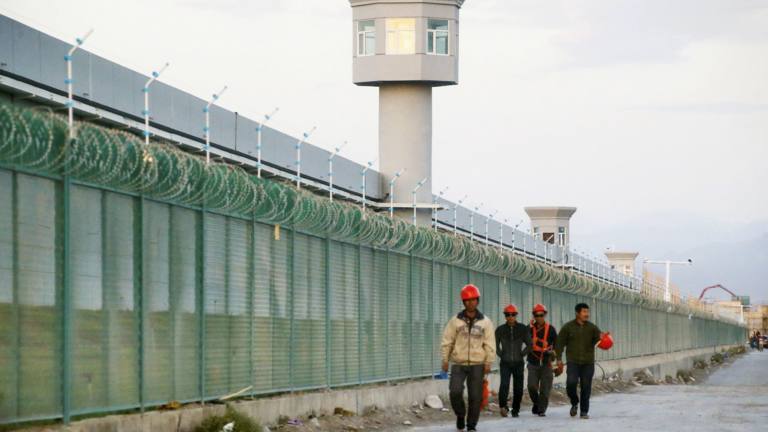 Workers walk along the perimeter fence of what is officially known as a vocational skills education center in China's Xinjiang region on Sept. 4, 2018. The U.S. government accuses Beijing of pursuing "genocide" against the Uighurs.   © Kyodo

The third key is for U.S. allies to help the U.S. win its battle with China for high-tech hegemony. In contrast to the go-it-alone approach of the Trump administration, Biden's team will call for stronger cooperation from its friends in return for listening to them more closely on questions including high-tech competition with China and Chinese companies' participation in important infrastructure and other projects.

What is important for allies is not to make many requests on the Biden administration to counter China's assertive behavior, but to show what they could do to cooperate with the U.S. for that purpose.