COVID shatters cycle of elections and growth -- except in China

Beijing pumps up economy, the traditional way, ahead of 2022 party congress 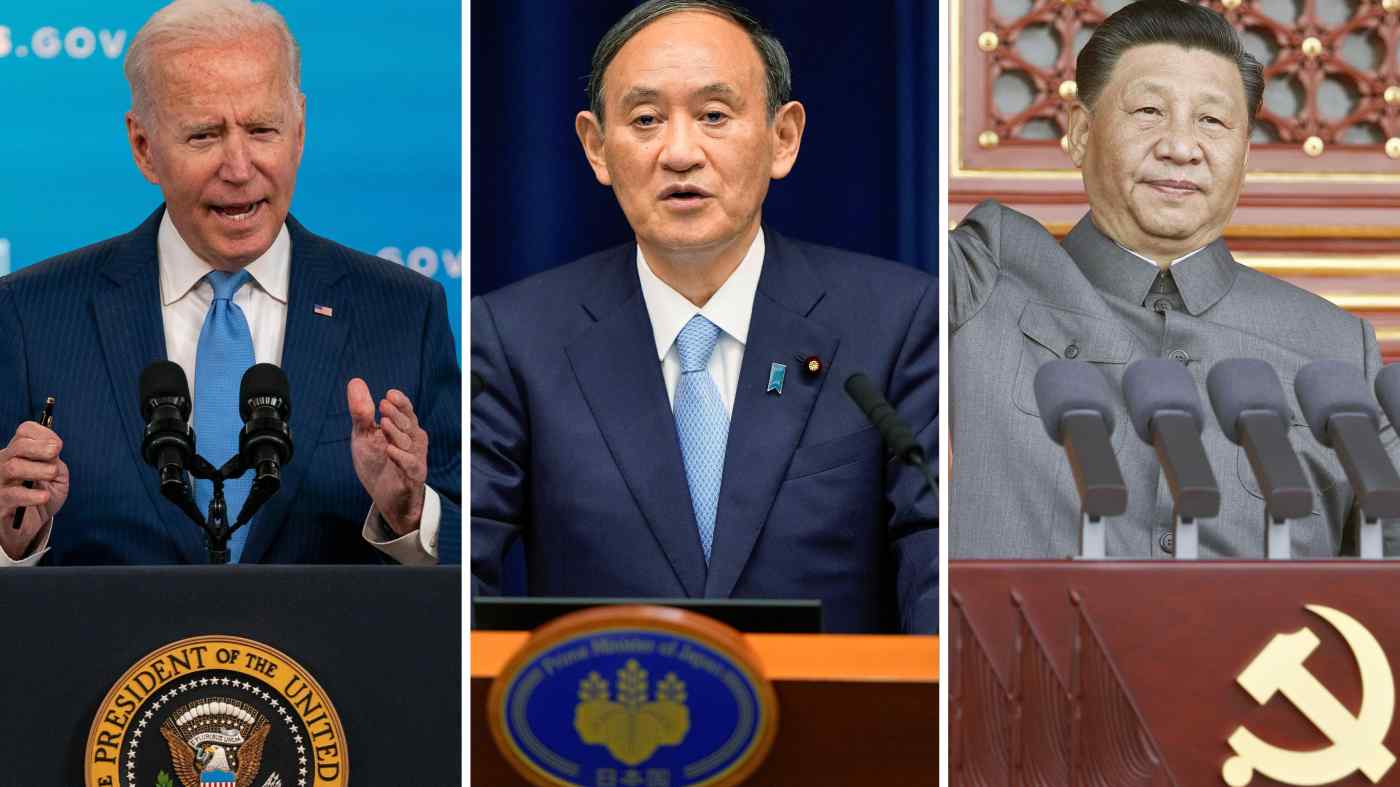 With the U.S. and Japan economically traumatized by the COVID-19 pandemic, undemocratic China may ironically see the most election-related economic growth in the runup to the 2022 congress of the Communist Party of China. (Source photos by UPI/Kyodo, Reuters and Xinhua/Kyodo)
TETSUSHI TAKAHASHI, Editor, Economic News GroupAugust 28, 2021 11:59 JST | China
CopyCopied

Tetsushi Takahashi was Nikkei China bureau chief from April 2017 to March 2021 and the writer of the Beijing Diary column.

TOKYO -- The Japanese government led by the Liberal Democratic Party was expected to announce stimulus packages for this summer and a lower house election for autumn, but few talk of such things these days.

Prime Minister Yoshihide Suga probably had the following game plan in mind: Push COVID-19 vaccinations hard and gradually ease restrictions; deploy a set of stimulus measures to prop up the economy; and dissolve the lower house while some momentum remains.

But Suga's plan was destroyed by the rapid spread of the highly infectious COVID-19 delta variant, and the surge has made it impossible for the government to lift mobility restrictions.

The devastating defeat of Hachiro Okonogi, a former national public security chief who enjoyed Suga's full backing, in Sunday's Yokohama mayoral race has meanwhile shown how uncertain the political outlook has become. The lower house election nears along with the Liberal Democratic Party's own presidential election. Faced with so many bleak prospects, the government simply does not have the time left to formulate effective stimulus packages -- not that many market players ever held out much hope for them.

The national budget for fiscal 2020 swelled to 175 trillion yen ($1.59 trillion) in total as a result of three supplementary budgets, and the government ended up carrying over more than 30 trillion yen that was unspent to the current fiscal year.

"Stimulus packages that can only be construed as an election ploy are unnecessary at this time," said Atsushi Takeda, chief economist at Itochu Economic Research Institute.

The theory of political business cycles was posited by, among others, William Nordhaus, an American Nobel laureate in economic sciences. The main premise is that when elections near, the ruling party will look for ways to shore up the economy. Those include more aggressive fiscal policies and pressuring central banks to adopt more accommodating monetary policies.

The opposite follows elections. The government has no choice but to tighten fiscal and monetary policies to prevent the economy overheating. As a result, the economy goes up in the run-up to elections, and down afterward -- and that is how a political business cycle manifests itself.

The theory originated in the U.S. as an explanation of the correlation between the presidential election every four years and business activity. It had been widely observed that the U.S. economy peaks in election years and slows afterward. The idea that elections -- which are fundamental to democracy -- have an effect on economic cycles was persuasive in its own way.

But the theory has been coming up short lately because of the COVID-19 pandemic. Democratic nations have been so preoccupied with curbing COVID-19 that they have been unable to adjust economic policies to suit the timing of elections.

In the U.S., President Joe Biden's administration rolled out the $2 trillion American Jobs Plan as soon as it came into office with a focus on massive infrastructure investments. There may be a need there for further stimulus measures if the delta variant continues to rage, but the next presidential election is still more than three years away, and the administration could well run out of ideas for new measures in that time.

Ironically, the country that best exemplifies a political business cycle might be China, which is ruled by communists and has no democratic credentials.

Held only once every five years, the National Congress of the Communist Party of China is the occasion when the country's paramount leaders are selected. China's growth rate tends to rise in congress years. Indeed, when the congress was last held in 2017, China's annual growth rate of 6.95% represented the first increase in seven years. It has fallen off since to 2.3% in 2020.

China's next party congress, its 20th, is in the autumn of 2022. It is an important moment for President Xi Jinping, who will be going for an unprecedented third term in office. Beijing may very well make economic stimulation a top priority in the run-up.

As the COVID-19 delta variant clouds the economic outlook for Europe, Japan and the U.S. -- even with vaccination rates high -- China could well be on course for renewed high growth as the quinquennial congress looms.