Can ASEAN overcome the 'Myanmar curse'?

Regional grouping struggles with changing dynamics due to 'pariah' member 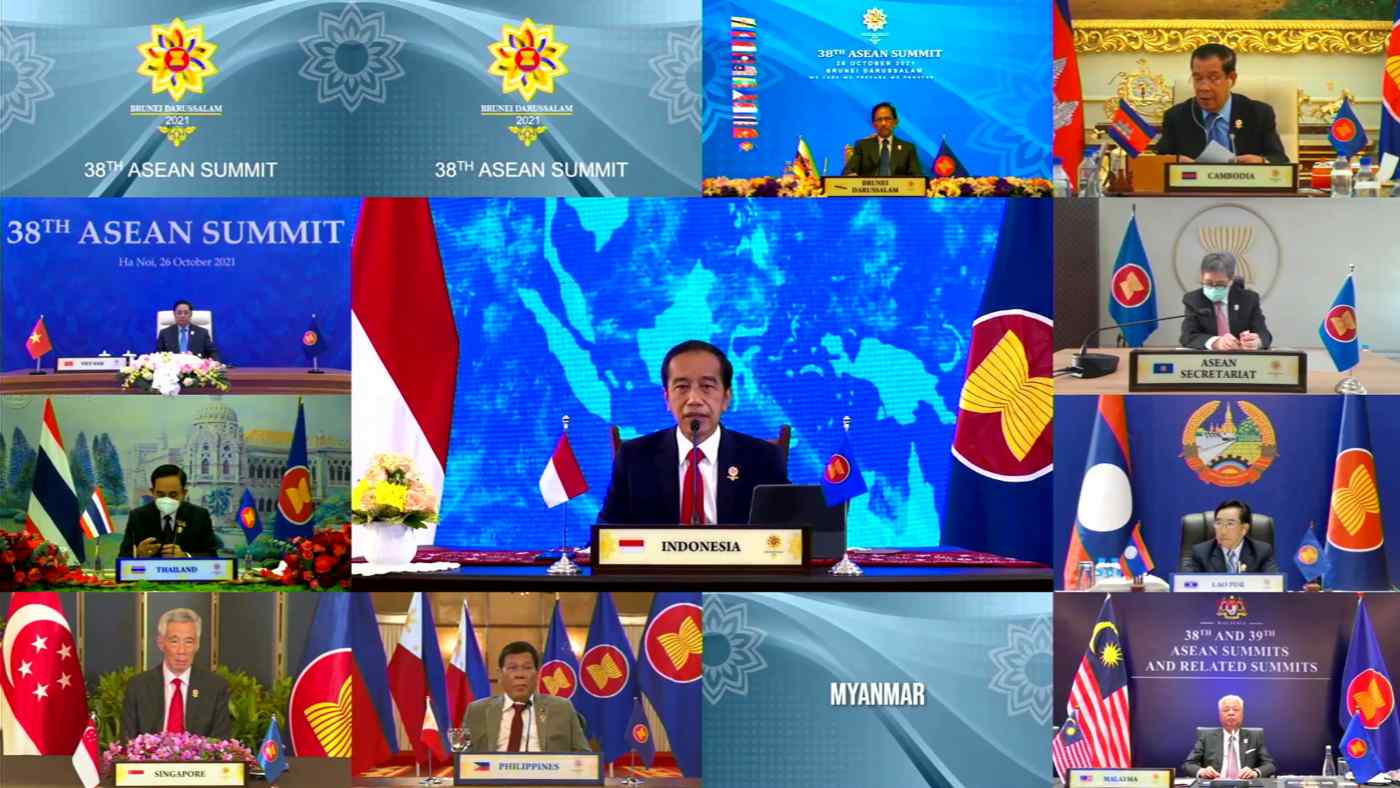 BANGKOK -- It was a bad week for Myanmar's military regime and a good one for ASEAN, or so it seemed. The bloc drew praise for barring Senior Gen. Min Aung Hlaing, Myanmar's military ruler, from a summit and meetings that took place Tuesday through Thursday, restoring some of the credibility it had lost for its ineffectual handling of the recalcitrant member state. The widespread criticism had been exemplified by the trending Twitter hashtag #uselessASEAN.

With its unprecedented decision to disinvite the head of a member state, the Association of Southeast Asian Nations also reset the bar for countries engaging with Myanmar's military regime. Known as the State Administration Council (SAC), the regime is regarded by many critics as illegitimate, having ousted the popularly elected government of Aung San Suu Kyi in a coup nine months ago. Since the military takeover, security forces have killed more than 1,220 civilians and imprisoned more than 9,380. Now there is every sign that the violence will escalate as military troops launch fresh "clearance operations" in areas of dissent.