Can Cambodia fill the gap left by EU sanctions with China FTA? 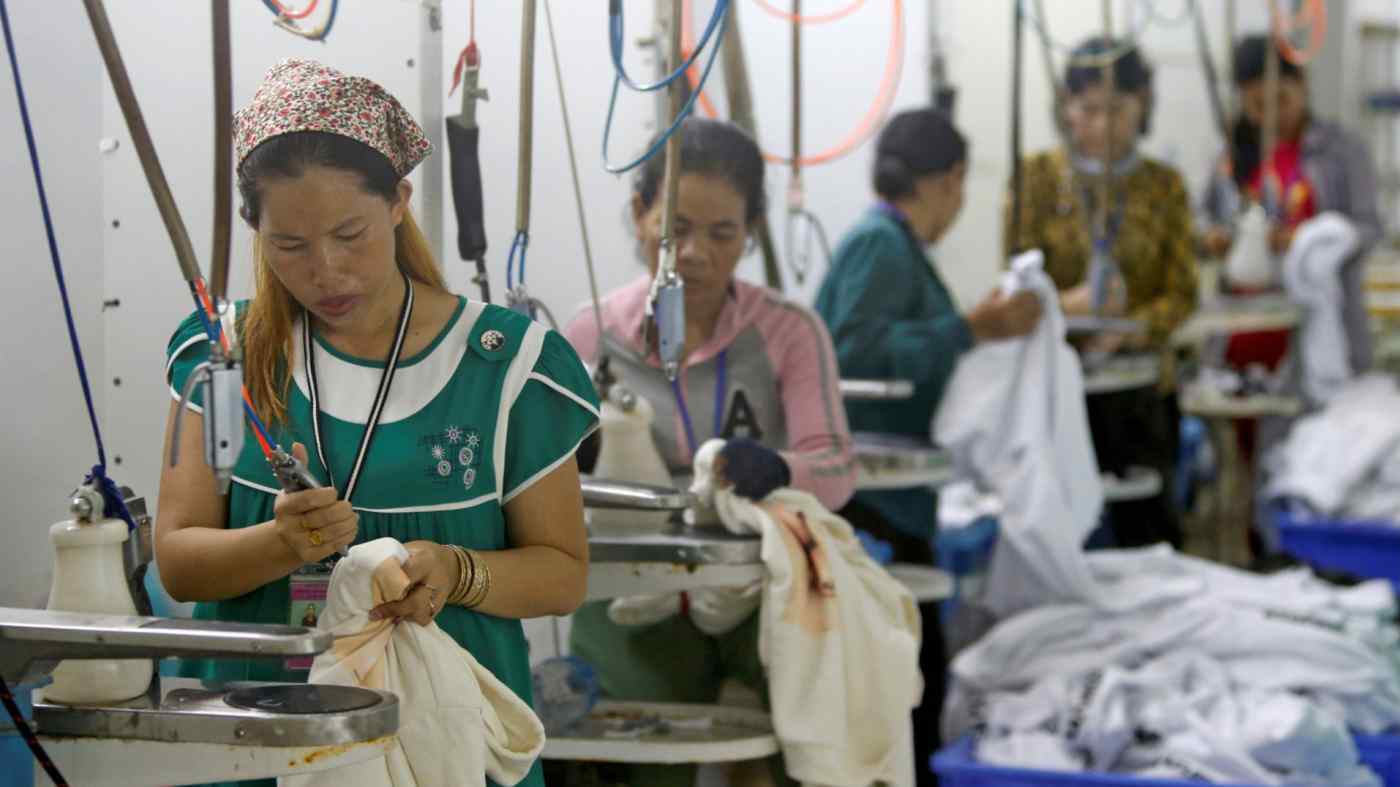 Apparel is one of Cambodia's largest exports, with over 40% of total shipments headed to the European Union.   © Reuters
TORU TAKAHASHI, Editor-in-Chief, Editorial Headquarters for AsiaSeptember 20, 2020 09:52 JST | Cambodia
CopyCopied

BANGKOK -- As China's hard-handed diplomacy deepens its rifts with not only the U.S. and Australia, but also a previously friendly Europe, Cambodia has drawn attention as an example of how smaller countries can navigate the growing global divide.

Back in February, Cambodian Prime Minister Hun Sen visited China despite the raging coronavirus outbreak there to meet with President Xi Jinping, who at their meeting essentially urged him not to cave in to European Union pressure.

The trip, which came about a week before the EU decided to scrap part of its preferential tariff treatment for Cambodia, triggered speculation that Beijing and Phnom Penh would sign a bilateral trade deal as early as August -- perhaps the very day that the EU sanctions would take effect.

Cambodia has cracked down on political opposition under Hun Sen, even dissolving the main opposition party. Citing human rights concerns and Cambodia's repeated failure to address them, the EU withdrew some of the country's duty-free access to the bloc, effective Aug. 12.

Meanwhile, Europe has toughened its stance on China. France has decided to shut out equipment made by China's Huawei Technologies from its 5G networks, while the Czech Senate's speaker has visited Taiwan despite their governments having no official diplomatic ties. Germany has changed its pro-Beijing stance, adopting a new strategy on the Indo-Pacific that calls for greater cooperation with countries that share its democratic values.

China announced in July that talks on a free trade agreement with Cambodia had concluded. The FTA is expected to take effect by the end of the year.

That their negotiations, which began in late 2019, took months instead of the usual years points to Cambodian hopes that a bilateral deal with China could ease the pain of the European sanctions, as well as Beijing's interest in expanding its clout.

Cambodia has historically been close to China. While the EU sanctions have doubtless only strengthened their bond, the bloc's preferential tariff framework helped bring them so close in the first place.

The so-called Everything But Arms framework has let such least-developed countries as Cambodia export any products to the EU, except weapons and ammunition, without tariffs since 2001. But the framework originally required that the exports be made entirely in the qualifying nations, down to the raw materials used.

Least-developed countries like Cambodia tend not to have an extensive parts and materials industries at home. In response to criticism that such countries would enjoy only limited benefits from the EBA framework, the EU moved to scrap the materials requirement in 2011.

The change has proved a boon to Cambodia's apparel industry. Exports to the EU grew sixfold over a decade to $3.5 billion in 2019, according to data from the Association of Southeast Asian Nations. Shipments to Europe overtook those to the U.S. in 2014 and now make up more than 40% of Cambodia's clothing exports.

Meanwhile, textiles, fibers and other materials used in the garments came largely from China. While Cambodia used to source much of these materials from Hong Kong, South Korea and Taiwan, imports from mainland China increased 6.5 times over a decade to $3.2 billion, or two-thirds or so of the total. Chinese investment in Cambodia's clothing industry has also surged since 2011. Almost half of Cambodia's roughly 600 garment-related companies are Chinese-owned, according to the Garment Manufacturers Association in Cambodia. Losing EBA privileges is not only a blow to Cambodia, but to Chinese companies operating there as well.

The question is whether a free trade deal with China could fill the gap left by the EU sanctions.

Cambodia will be able to continue exports to Europe even without the EBA. But apparel, for example, would be subject to a 12% tariff, which the World Bank estimates would push down exports by between 8.7% and 10.4% if fully passed on to EU consumers -- the equivalent of $300 million to $360 million based on 2019 figures. The impact would be even greater when accounting for other products.

On the other hand, the Cambodian government expects a 25% boost in exports to China under a bilateral free trade agreement. Since the 2019 total came to $1 billion, the boost would come to about $250 million -- not quite enough to fill the shortfall.

The details of the deal would matter as well. This is Cambodia's first bilateral trade deal, but it is based in large part on an FTA that took effect between China and ASEAN that removed tariffs on shipments on about 10,000 items, or 94% of those exported to China.

The new deal will remove tariffs on another 340 items, according to The Phnom Penh Post. There is hope this would boost Cambodian exports of these products, which include pepper, dried chiles and cashew nuts.

But agricultural products are vulnerable to bad weather and market fluctuations. Cambodia also does not expect a significant increase in apparel exports to China, itself a major exporter of such products. And expanding primary industry to make up for a downturn in secondary industry goes against the traditional path of economic development.

If human rights conditions in Cambodia do not improve, the EU could impose further penalties. The country has begun trade negotiations with India and South Korea as well, likely because it realizes that a bilateral deal with China alone will not plug the hole. It could also push for tariff relief from the U.K., which has technically left the EU but will abide by EU trade agreements through this year.

The global economic downturn from COVID-19 has muddied the impact of the EU sanctions. The world is watching closely, but how Cambodia positions itself amid rising tensions between China and the West likely will not become apparent until the pandemic's effects wear off.