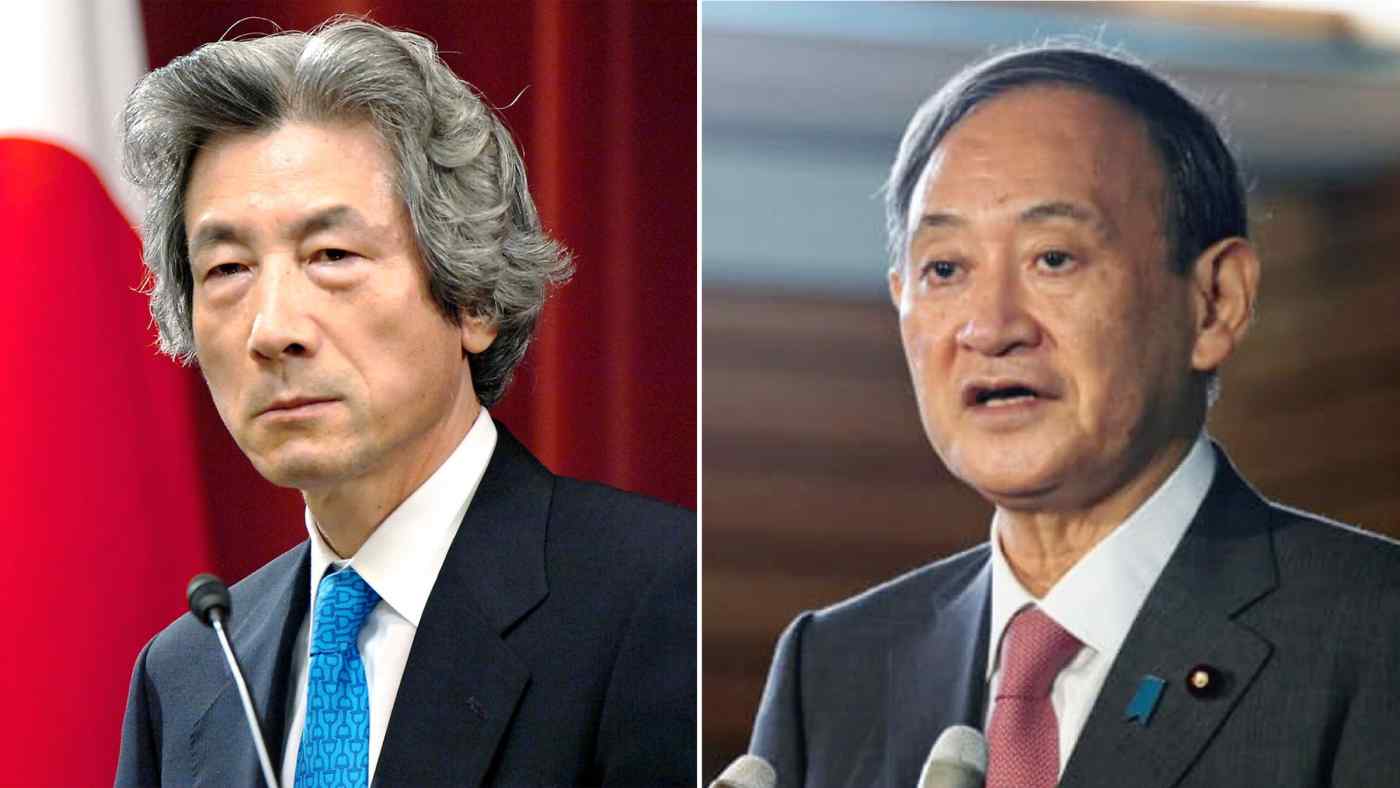 He installed Taro Kono as the point man in charge of administrative reform. Suga plans to have the charismatic minister demolish regulations and bureaucratic divisions and groom him as a possible successor.

Suga had been a longtime lieutenant to predecessor Shinzo Abe, but his views have been more influenced by the neoliberal policies of then-Prime Minister Junichiro Koizumi, under whom he served as senior vice minister for internal affairs and communications. In fact, Ryutaro Kono, chief Japan economist at BNP Paribas in Tokyo, predicts Suga's policies will focus on prompting competition.

So why the lack of market enthusiasm? A veteran fund manager says Suga needs to zero in on a key project that is central to his overarching reform agenda, just like Koizumi's postal privatization, that can inspire a sense of greater change to come.

Suga's visions were shaped by his long, winding journey from a strawberry farm in Akita Prefecture to the nation's top political office. Passionate about revising local economies, he promotes tax-deductible donations to local governments and regional tourism. He prides himself on being a reformer that challenges customs that are "out of sync with the public's common sense," pressing to lower the service rates offered by the top three mobile carriers that dominate the market.

Koizumi's campaign in the 2000s to privatize postal services elated the market, which bought into the idea that the privatization would help fix Japan's other economic ills, the way that the head pin in bowling can take all the other pins down with it.

There is no logical connection between postal privatization and many of Japan's structural problems, such as its shrinking population, and critics slammed the "head pin" theory as an empty catchphrase. Still, Koizumi succeeded in convincing the public that his privatization was symbolic of the greater reform he would accomplish.

Unlike his forebear, Suga so far has failed to sell his vision to the market. The Nikkei Stock Average fell more than 100 points in two sessions after he took office.

"It's hard to make trades expecting a regime change when the new government has all of the same attributes of the last one, just with a different person at the helm," said Daisuke Karakama, chief market economist at Mizuho Bank.

Suga's commitment to Abenomics limits his options. Abe exhausted most of the possibilities under the first two arrows of monetary easing and fiscal spending. Realistically, the only way Suga can bring significant change is through the third arrow of regulatory reform.

"What we call the third arrow is really 100 small arrows bound together," said Takatoshi Ito, professor of international and public affairs at Columbia University, in a recent conversation with University of Tokyo economics professor Takeo Hoshi. It will be difficult to measure the success of the third arrow, Ito stressed.

In terms of Japan's business environment, "it's not that we failed to improve it, but we didn't even try," he said. "That's the worst part."

As someone who values pragmatism and specifics over idealism and generalities, Suga is pinning his hopes on the creation of a dedicated digital policy agency. Bolstering Japan's digital infrastructure, which lags behind that of other developed countries and even some emerging economies, will help improve the business environment here, achieving one of Abe's long-stalled goals. It also fits in with the rest of Abenomics, and could serve as the economic "head pin" for Suga.

"Environmental policies require coordination between different agencies, so the new government's push to scrap interagency divisions will be a plus," said Takashi Otsuka of the Institute for Global Environmental Strategies. Experts hope that Suga will take a similar approach to Singapore, where financial technology aimed at solving environmental issues is a key component of financial policy.

The new digital agency falls in line with the global trend for a "green" economic recovery from the coronavirus, as well as Japan's ambitions of becoming a global financial hub.

Takashi Maruyama, head of equities, Japan, at Fidelity International, published a memo on the potential of Japan's information technology industry shortly after Suga's election as president of the ruling Liberal Democratic Party. Since the tech industry has grown much more slowly in Japan than in the U.S. in terms of its weight in key stock indexes, there is still much room for growth for companies that sell software, e-payment services and other digital products, Maruyama argued.

Whether Suga can tap Japan's full digital potential to drive its post-coronavirus recovery remains to be seen. Market watchers are keeping their eyes peeled for any messages from the new leader regarding his vision for the economy.