China and Japan should cooperate on infrastructure, not compete

Come April, China's President Xi Jinping will travel to Japan in an official visit that is likely to include a meeting with Emperor Naruhito, almost a year after he inherited the chrysanthemum throne his grandfather occupied during the war with China.

That planned meeting in Tokyo has given rise to a new round of angst and debate in Japan about the future of relations with their giant neighbor as China continues to make inroads in what used to be the Japanese sphere of influence: Southeast Asia and, to a lesser extent, India and Central Asia.

China, with its massive size and deep pockets, now looms larger as a threat to wary Japan than at any point in recent history. But handled in the right way, its rise is an opportunity for Japan, which could in turn benefit the whole region. It is also an issue that will top the challenges facing the new Japanese president of the Asian Development Bank (ADB), who takes up his post on January 17.

For decades, as Japan prospered in the postwar era, it provided both inspiration and a template for the development of the rest of the continent, despite the legacy of world war two. Given the sensitivity, as it sought to aid the region, Tokyo often did so indirectly, through the ADB, where it is the largest shareholder and has always been in charge.

But in recent years, China has been challenging Japan for influence in the rest of the region through its own initiatives, such as the multilateral but Beijing-based Asian Infrastructure Investment Bank (AIIB), as well as the far more political trillion-dollar Belt and Road infrastructure initiative.

In other words, the two banks have become a proxy for the larger relationship between the two countries. They are both possible allies for regional neighbors with a shared interest in prosperity or -- alternatively -- competitors for local influence.

If the ADB was to join forces with the AIIB and undertake projects jointly, it would be good news for a region which needs an estimated $1.7 trillion in infrastructure investment annually for the next 10 years "to maintain its growth momentum, tackle poverty and respond to climate change," according to the ADB.

Cooperation is especially crucial now, as climate change and the severe weather it fosters have moved to the top of the agenda. Asia accounts for two-thirds of the world's environmental degradation, according to data from Japan's Ministry of Finance.

But sadly, it is almost as likely that the two will have a more competitive relationship, with Tokyo responding cautiously to the efforts of both Xi and Jin Liqun, President of the AIIB, to court Japan and the ADB.

The ADB's new president, Asakawa Masatsugu, like most of his predecessors comes from the international side of Japan's Ministry of Finance. One of the hardest tasks he faces will be working out the ADB's relationship with the AIIB.

Asakawa is no stranger to Manila, where the ADB is based. He was first stationed there as a young, Princeton-educated rising star of the MOF 30 years ago.

Of course, any decision regarding relations between the two development banks will depend more on Prime Minister Shinzo Abe than the bureaucrats of the Ministry of Finance. Tokyo regards the AIIB with the same ambivalence it seems to regard China itself, despite the U.S. appearing a volatile and unreliable partner. Under Abe, Japan has declined to join the AIIB since it was formed four years ago. 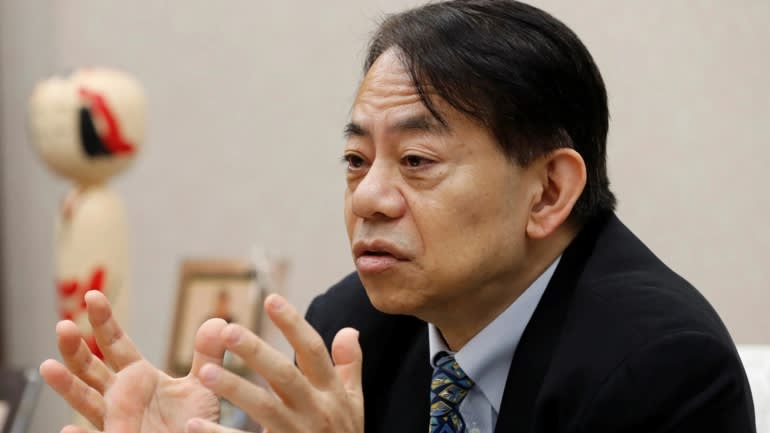 The Asian Development Bank's new president, Masatsugu Asakawa, comes from the international side of Japan's Ministry of Finance, as did most of his predecessors.   © Reuters

In part that stance reflected strong American pressure to boycott what Washington described as a rival to the World Bank, with lower lending standards. But Washington's opposition -- which had support from both Democrats and Republicans -- was based more on its belief that the AIIB was just another disguised way for China to extend its influence in the neighborhood, like the BRI.

The AIIB has worked hard to overcome suspicions and learn best practice. Many of its executives come from the World Bank, the IMF and the European Bank for Reconstruction and Development.

Still, Japanese officials believe that the AIIB is "a different animal," as one bureaucrat notes, from the ADB. "We are concerned about the governance issue since they lack an executive board resident in Beijing and any project below a certain level doesn't go through the executive board anymore."

This bureaucrat also believes that the AIIB is more of an investment bank than a development bank, which means that it is more focused on risk-averse projects such as fostering local capital markets than alleviating poverty with more ambitious schemes. This is a criticism that has sometimes been leveled at the International Finance Corporation arm of the World Bank as well.

Many in Japan's internationally inclined business community have sought closer relations with China as that market has grown. They stress the common interests of the two countries and the two banks: the challenges of aging demographics and health, climate change and environmental issues and renewable energy.

To work together would be far more efficient. It isn't as if there is any scarcity of projects which are desperately needed, after all.