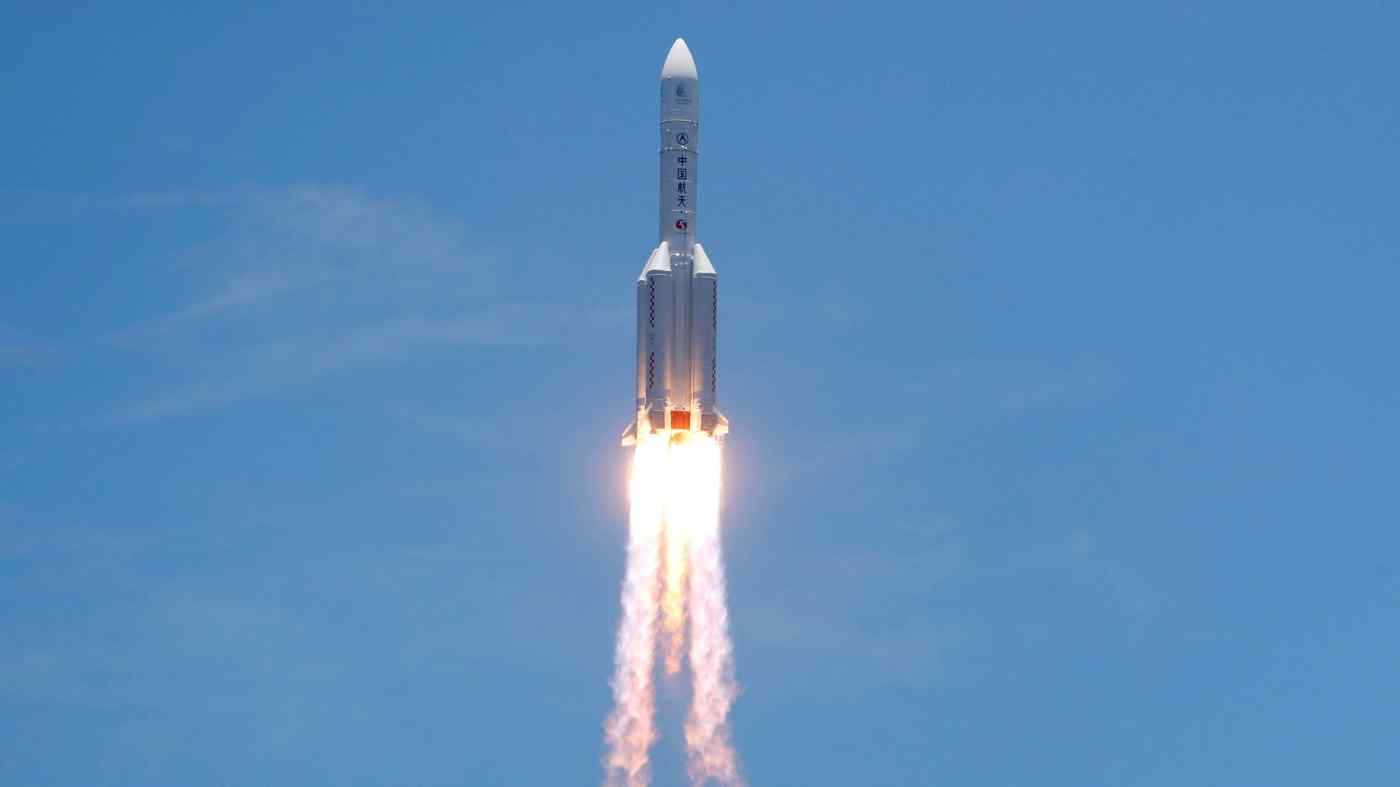 TOKYO -- The Academy Award-winning 2013 film "Gravity" begins with two astronauts on a spacewalk being caught in a massive storm of debris caused by a Russian missile strike on a defunct satellite.

The astronauts flee to the International Space Station in hopes of using a Russian Soyuz module to return to Earth, only to find that the sole remaining capsule is no longer usable for that purpose. In desperation, one of the two astronauts rides in the Soyuz to China's nearby Tiangong station and manages to board its Shenzhou module to reach Earth.

China's presence in space played a critical role in the plot. But, as shown by the recent uncontrolled splashdown of debris from a Chinese rocket, reality is rather more complicated.

The actual Tiangong space station, which was still in the initial planning stages when "Gravity" was released, is set to be completed as soon as late 2022. Beijing on April 29 launched a Long March-5B rocket carrying the station's core module, the Tianhe.

Meanwhile, the ISS -- a U.S.-led project finished back in 2011 -- is seriously deteriorating. Whether it will be used beyond 2025 remains an open question, and Russia has already indicated that it will withdraw from the station that year. If the ISS is retired, the Tiangong could be left as the only orbiting space station in operation.

China had originally sought to participate in the ISS but was blocked by existing members, particularly the U.S., over concerns about technology leaks.

Ironically, that forced decoupling was what set China on its own military-led path to its ambition of becoming a superpower capable of challenging American superiority in space. This is not to say it has caught up just yet. Beijing is still desperate to get its hands on ISS technology -- if not from the U.S., then from such other members as Japan, the home country of the station's new commander, Akihiko Hoshide. The Chinese military is believed to have been involved in cyberattacks on the Japan Aerospace Exploration Agency that came to light in April.

The expansion of Sino-American competition into space involves not only technology, but also security. U.S. ally Japan is caught squarely in the middle.

On Sunday, remnants of the rocket that delivered the Tianhe module fell back into Earth's atmosphere. Most of the debris burned up on reentry, while the rest landed in the Indian Ocean near the Maldives, according to Chinese media.

How much this should be believed is far from clear. Beijing similarly rattled the world before in 2016, when it lost control of the first Tiangong prototype. That station made an uncontrolled descent into the atmosphere in 2018.

If the situation is left unchecked, the nightmare in "Gravity" of space debris threatening human lives could become a reality.

Liberal democracies must band together to ensure that China, with its iron grip on speech and information, does not turn space into its playground.