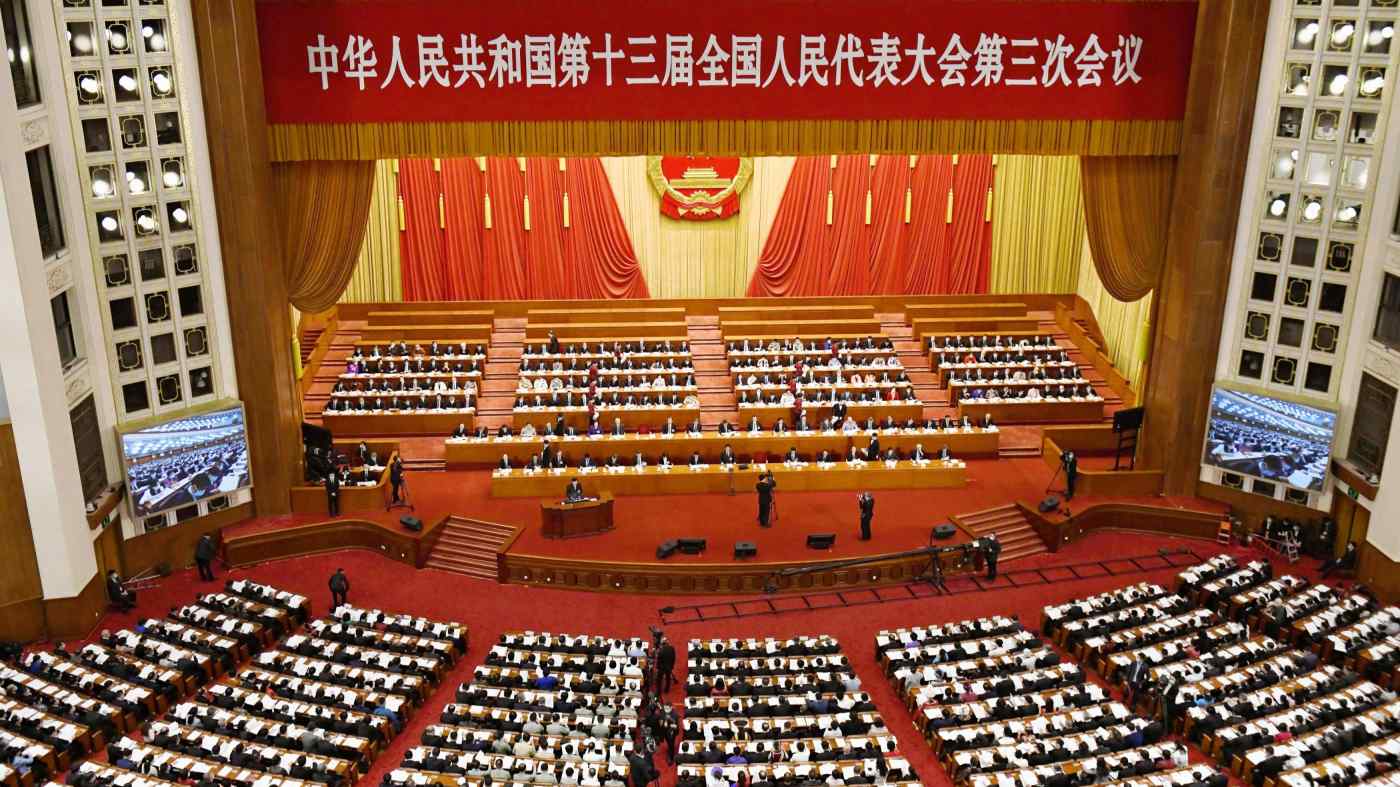 At a meeting of the Chinese People's Political Consultative Conference in Beijing in May, members proposed a plan to create an East Asia digital currency based on a basket of Asian currencies.   © Kyodo
HIROYUKI NISHIMURA, Nikkei senior staff writerJune 14, 2020 13:04 JST | China
CopyCopied

TOKYO -- Global competition for supremacy in digital currencies has entered a new phase with China's creation of an East Asia cryptocurrency scheme and American social media company Facebook adjusting its Libra plan in line with the stance of U.S. regulators.

At a meeting of the Chinese People's Political Consultative Conference, a political advisory body, at the Great Hall of the People in Beijing from May 21, 10 members proposed a plan to create a digital currency consisting of the Chinese yuan, Japanese yen, South Korean won and Hong Kong dollar.