Coronavirus pandemic pushes US and China into new Cold War 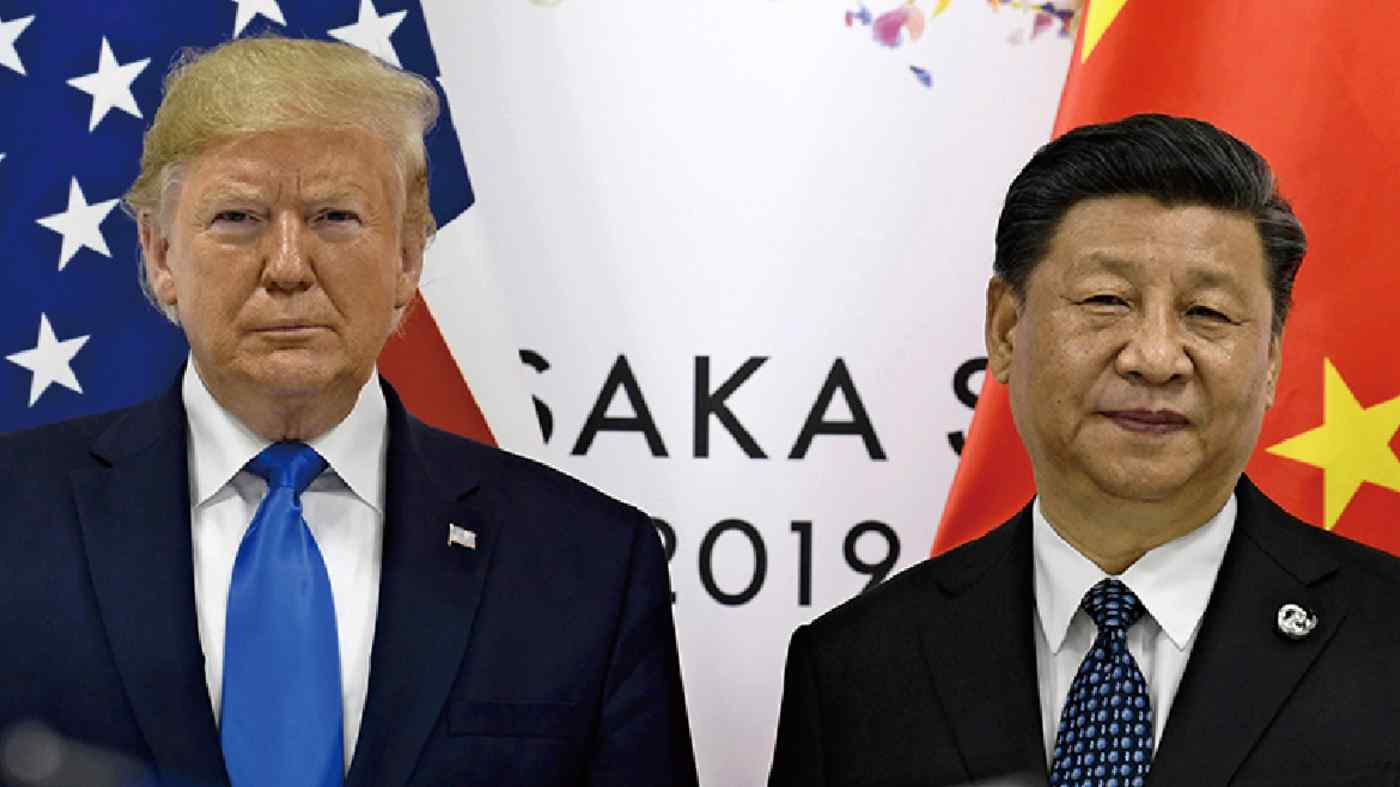 Ideological differences between the U.S. and China have opened up amid the coronavirus pandemic. (Nikkei montage/AP)
HIROYUKI AKITA, Nikkei commentatorMay 16, 2020 20:20 JST | China
CopyCopied

TOKYO -- While the U.S.-China relationship has become more toxic than ever since their dramatic rapprochement in the 1970s, the two have so far managed to avert a bigger blowup but the coronavirus pandemic has exposed the possibility for a further deterioration in ties.

Some had last year referred to increasingly frosty U.S.-China ties as a new Cold War, but that is an inaccurate description.

First, unlike the Soviet Union, China was not trying to spread communism around the world. Conflict between Washington and Beijing over the past few years was over the economy and the military, not over ideology.

Until recently, even officials in the administration of U.S. President Donald Trump tended to rule out the possibility that the strained U.S.-China relationship could degenerate into a comprehensive, full-scale confrontation.

But those two key factors are dissipating, and particularly worrisome are increasing signs that the strife between the U.S. and China are assuming ideological hues.

The U.S. death toll from the new coronavirus outbreak has surpassed the number of U.S. soldiers killed in combat during the nine-year Vietnam War. American anger at the devastation caused by the pandemic is being increasingly directed at the Chinese Communist Party. U.S. Secretary of State Mike Pompeo believes the Chinese Communist Party regime cannot be trusted, according to a former senior official in the administration of U.S. President Donald Trump.   © Reuters

The view that the CCP should be held accountable for the global health crisis is gaining ground within the U.S. administration and Congress. Proponents of the view say China's initial attempts to conceal the danger of the virus causing COVID-19 has led to the loss of tens of thousands of American lives. Beijing's disastrous cover-up reflects the evil nature of the CCP, which suppresses the freedom of speech and rules the nation with an iron fist, they maintained.

A growing number of U.S. policymakers are demonizing the CCP as an essential cause of the "China problem". This campaign is looking increasingly like ideological warfare to attack the very nature of China's ruling party, not just its actions.

Spearheading the battle is U.S. Secretary of State Mike Pompeo, who claimed that the coronavirus outbreak originated in a virus laboratory in Wuhan. Pompeo believes the CCP regime can never be trusted, according to a former senior Trump administration official. But Pompeo is far from alone within the Trump White House in harboring such deep distrust.

While the view that the CCP is evil by nature has yet to become mainstream in the U.S. government, it could prevail among American policymakers before long, according to sources in Washington.

Meanwhile, China's state-controlled media are pushing out messages claiming the communist regime was superior to the Western democratic system, pointing out that major countries in the West were still struggling to control the outbreak long after China contained the virus.

Some CCP officials are peddling the conspiracy theory that the U.S. was plotting to weaken China by taking advantage of the pro-democracy protests in Hong Kong and the coronavirus crisis.

These are alarming signs of a truly dangerous conflict growing between Washington and Beijing. A full-fledged new Cold War could be averted if American and Chinese societies remain bound by both the powerful forces of economic globalization and by their own interlaced network of bilateral economic interactions.

But the pandemic is accelerating the decoupling of the two.

The U.S. government is now considering measures to cut dependence on Chinese supplies of all kinds, according to Reuters. The Trump administration plans to use tax breaks and state subsidies to provide impetus for U.S. companies to relocate production and procurement operations out of China.

The immediate priority is given to medical and health care supplies for which the U.S. is heavily dependent on China for most materials. But the scope of this policy initiative will be widened to cover a broad range of areas including products related to electricity supplies, telecommunication, information technology and transportation.

The U.S. has already banned major Chinese telecommunications equipment makers including Huawei Technologies from its fifth-generation wireless networks. But this move is aimed mainly at enhancing the nation's security against Chinese cyber espionage. Even if he wins the U.S. presidential election in November, Joe Biden would not take a soften stance toward China.    © Reuters

What is beginning to happen within the U.S. government is a far-reaching policy drive to remove Chinese presence as much as possible from all areas related to U.S. national security. This is a fight with far greater global implications.

Even if former Vice President Joe Biden wins the U.S. presidential election in November, this high-stakes conflict will not ease because its root cause is Chinese President Xi Jinping's political agenda.

In the CCP Congress in October 2017, Xi declared that China would become a global superpower rivaling the U.S. by 2050. He has rolled out a strategy to achieve this goal through massive government spending on the military and advanced technologies.

Xi is also seeking to expand China's sphere of influence through his Belt and Road infrastructure investment initiative while striving to undercut U.S. supremacy in cyber space and space itself.

Xi's agenda fired up U.S. instinct for power and leadership. Bilateral relations had started to strain even during the latter days of the Barack Obama administration.

Trump has only accelerated the trend. A former Obama administration official who is advising Biden over foreign policy stressed that the process would not be reversed.

A Biden administration would expand U.S. cooperation with its allies in pursuing its China policy goals but would not take a softer stance toward Beijing over security, human rights and trade issues, the former official said.

China is much more powerful economically and technologically than the Soviet Union, and it is catching up with the U.S. in other areas. That means the two nations could remain neck-and-neck in a fierce and poisonous rivalry for decades to come.

There are three circumstances under which this situation could be averted: if the CCP stops trying to change the current world order according to its vision; if Washington accepts China's ambitions to become a dominant global power; or if a combination of the two scenarios takes place.

The best case for democracies in Asia and Europe is clearly the first. That is why major U.S. allies -- Japan, South Korea, Australia and European nations -- should work together to pressure Beijing into act more responsibly to prevent the beginning of a dark era of ideological and strategic conflict between the two powers.