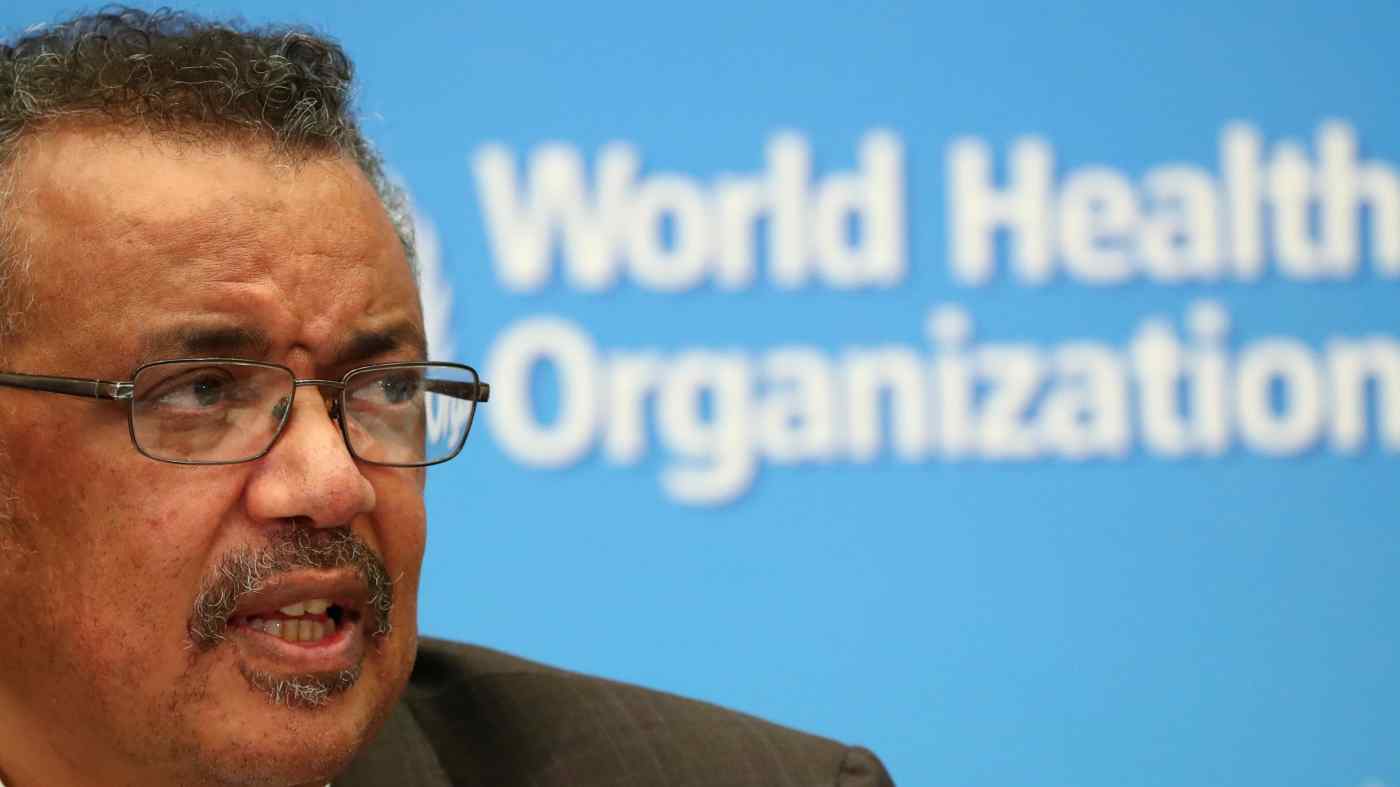 TOKYO -- The new coronavirus epidemic that originated in China is having a global impact. Despite hopes for a quick halt to the spread of the disease, there is still no sign of it.

Drawing nearly as much media coverage as China's response to the outbreak are the words and deeds of Tedros Adhanom Ghebreyesus, director general of the World Health Organization. When the WHO declared the coronavirus outbreak a global health emergency on Jan. 30, there were complaints the U.N. agency had dragged its feet over concerns that an emergency declaration would harm China's international standing.

At a news conference the same day, Tedros praised China's "unprecedented response" to the outbreak. A few days later he criticized moves by countries to suspend flights to China and restrict entry by people recently in China, saying there was no reason to "unnecessarily interfere with international travel and trade."

Tedros is Ethiopian and the East African country is a big recipient of Chinese economic aid. Peng Liyuan, the wife of Chinese President Xi Jinping, has for years served as WHO goodwill ambassador for tuberculosis and HIV/AIDS.

It is not clear whether, or to what extent, these factors have influenced Tedros' judgment. Yet his comments hint at a danger for important global institutions: that China is using its ample political and economic clout to reshape key U.N. bodies to suit its interests.

The U.N. has 15 specialized agencies and China has installed its officials in top posts -- director general and the like -- in four of them. Those posts were mainly awarded through elections, which Beijing won with a heavy dose of lobbying among member states. It is not necessarily a bad thing that China, the world's second-largest economy, contributes a larger share to U.N. organizations and gains a greater say in how they are run. Nor is it a problem for Chinese officials to hold key posts, so long as their management is fair and impartial. But if U.N. agencies are skewed in China's favor, that is another matter.

Such concerns are real. Developments at the International Telecommunication Union are a case in point. A recent analysis by the Center for a New American Security, a U.S. think tank, finds that the ITU has tended to curry favor with Beijing since its top post was filled by a Chinese official about five years ago.

The ITU has reportedly begun working closely with Chinese companies to help developing countries build their telecom infrastructure. It has also shown willingness to cooperate in China's "digital Silk Road," the digital element of Beijing's Belt and Road Initiative.

China's efforts to influence international rule-setting do not end there. The Geneva-based World Intellectual Property Organization will hold an election to decide its director general on March 5 and 6. Japan has put forward a WIPO executive -- an ex-bureaucrat from Japan's Patent Office -- as a candidate. Diplomatic sources say a Chinese WIPO executive backed by Beijing is gaining ground now.

WIPO's main task is to devise and enforce international rules aimed at preventing intellectual property theft and infringement. China is far from a model of good behavior in this area. Beijing's cyberspying and forced technology transfers from overseas companies seeking to operate in China are a major concern for Western countries and Japan. Entrusting WIPO's mission to China's care is like having the fox guard the henhouse, to put it mildly. 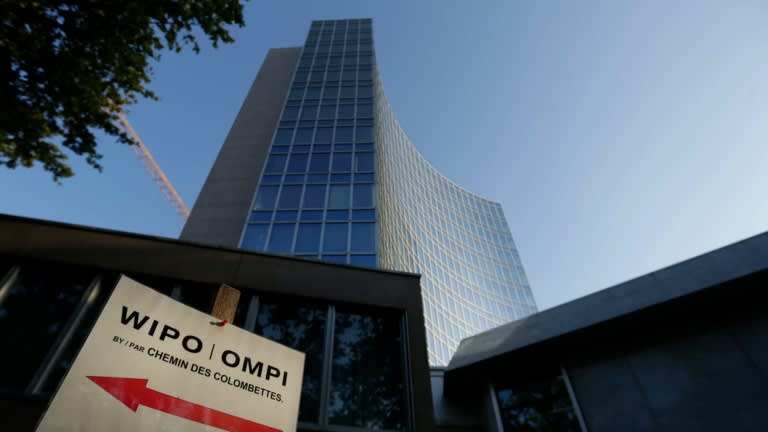 The headquarters of the World Intellectual Property Organisation in Geneva. A Chinese candidate is seen gaining ground for the Director General election.    © Reuters

Increasingly alarmed by Chinese diplomatic muscle-flexing, Washington is said to be quietly maneuvering to block China from grabbing WIPO's top post. The U.S. has also set up a new section in the State Department tasked with pushing for coordinated action with its allies to check China's growing U.N. influence.

China is hardly alone in seeking key posts at international institutions to give it a greater voice in the world community, The U.S. and Western European countries have done the same throughout the postwar period.

The U.S. and Europe have had an informal arrangement to this day that puts an American atop the World Bank and a European in charge at the International Monetary Fund. China can rightly ask why it is singled out for putting itself forward, given such deals by other big powers.

But there is a stark difference: Western governments are democratic, China is not.

China's one-party communist state lacks transparency in its policy formation and implementation. An authoritarian mentality, transferred to U.N. agencies, would be worrisome. If China gains a greater say in decision-making at the U.N., international rules may better align with Chinese government policies. The WHO's response to the new coronavirus and what is happening in the ITU hint at the danger.

In view of these risks, the U.S., Europe and Japan must work together to ensure that U.N. organizations do not take on a deeper Chinese hue. It is also important they step up their monitoring to make sure those institutions are operating fairly now.

It is crucial that U.S. President Donald Trump's administration stops belittling the U.N. and other international organizations. If it pulls back from these bodies, Beijing will fill the vacuum, allowing it to expand its influence even further.

If the Chinese candidate is elected WIPO director general, China will have grabbed a third of the top posts at specialized U.N. agencies. In light of the difficult negotiations on trade and climate change, and the pall they have cast over the international order, countries must not disregard the U.N.