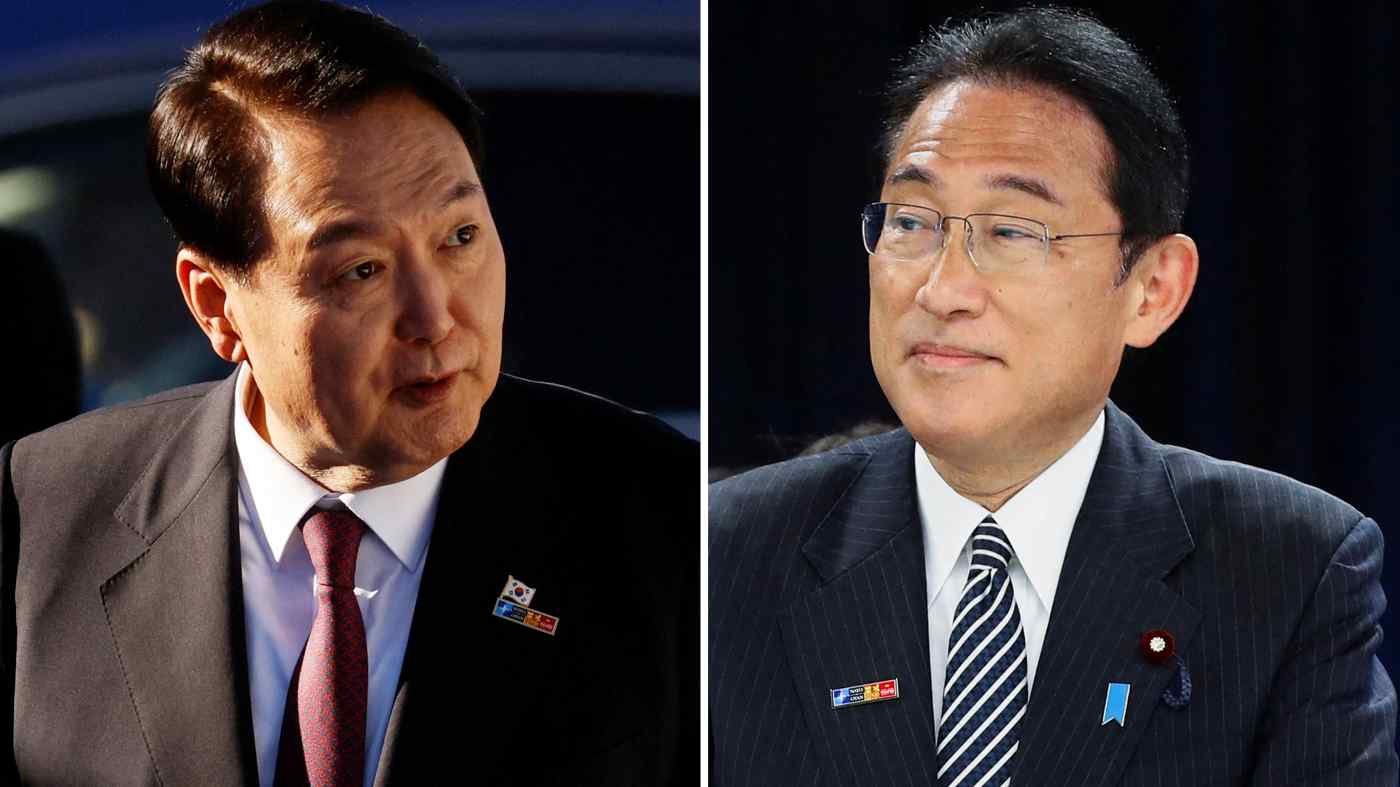 TOKYO -- Japanese Prime Minister Fumio Kishida and South Korean President Yoon Suk-yeol met face to face for the first time in late June, when they attended a two-day NATO summit in Spain. But their meeting was not an official summit, just a brief "conversation" that lasted only three to four minutes. Considering the time spent on translation and greetings, the leaders likely exchanged just a few words.

During their encounter, Kishida expressed hope that Yoon would "work hard to help restore strained Japan-South Korea relations to a healthy state," while Yoon said he "is eager to resolve [bilateral] issues at an early date, and develop future-oriented relations." They chose their words carefully so as to avoid giving offense and stirring political opposition with audiences at home, and did not provide specifics on how to improve ties.