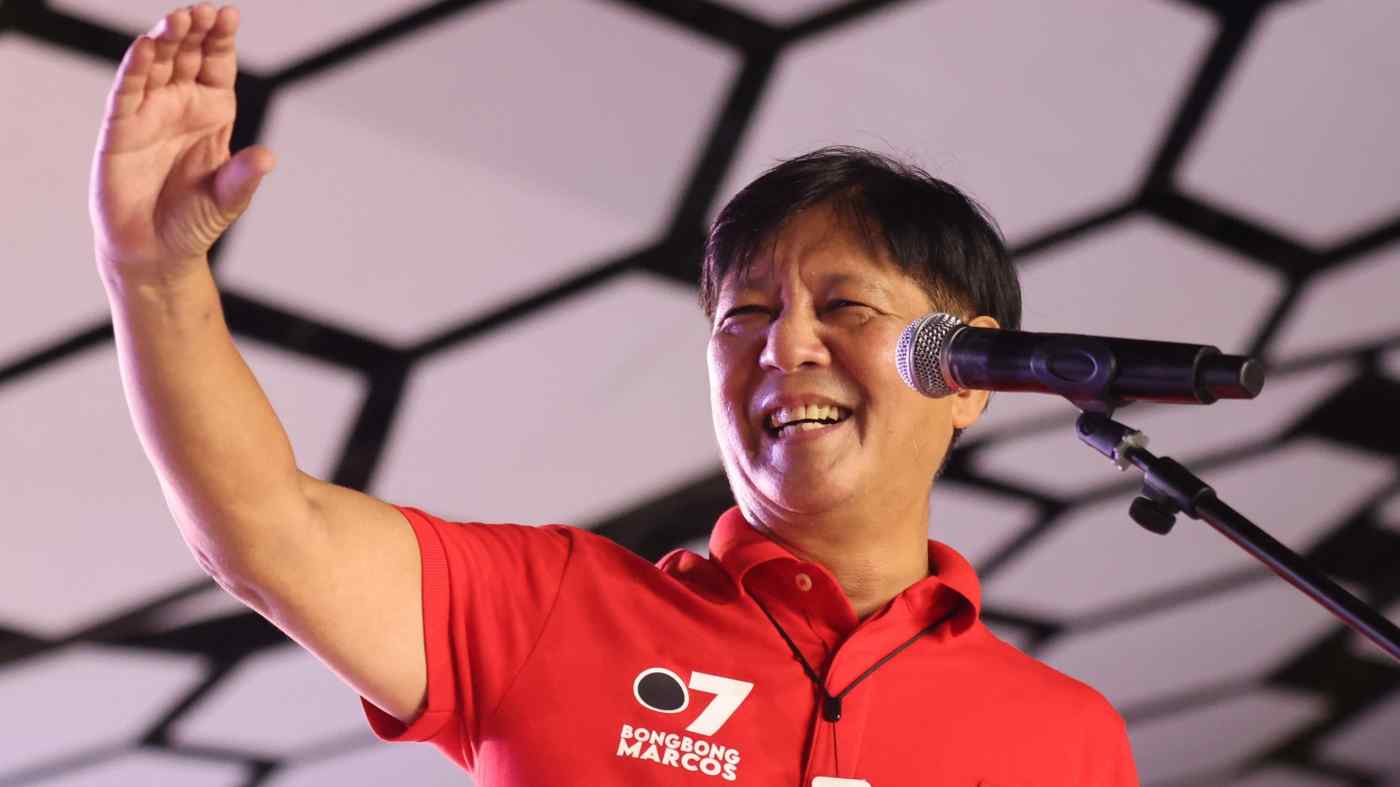 Ferdinand "Bongbong" Marcos Jr. waves to his supporters at a rally on May 5. The Philippine president-elect won the election by a landslide. (Photo by Ken Kobayashi)
TORU TAKAHASHI, Nikkei senior staff writerMay 12, 2022 12:43 JST | Philippines
CopyCopied

TOKYO -- The Philippines has elected as its next president Ferdinand "Bongbong" Marcos Jr., whose namesake father ruled the country as a dictator for two decades before being driven out in the People Power revolution of 1986. What is the public looking for with Marcos 2.0, 36 years later?

Second-generation leaders are not uncommon in Asia, a region where patriarchy is still deeply rooted and the "family business" of prominent political clans ties into the public's faith in brand names.