For China, Japan looks to be leaving Asia to side with US 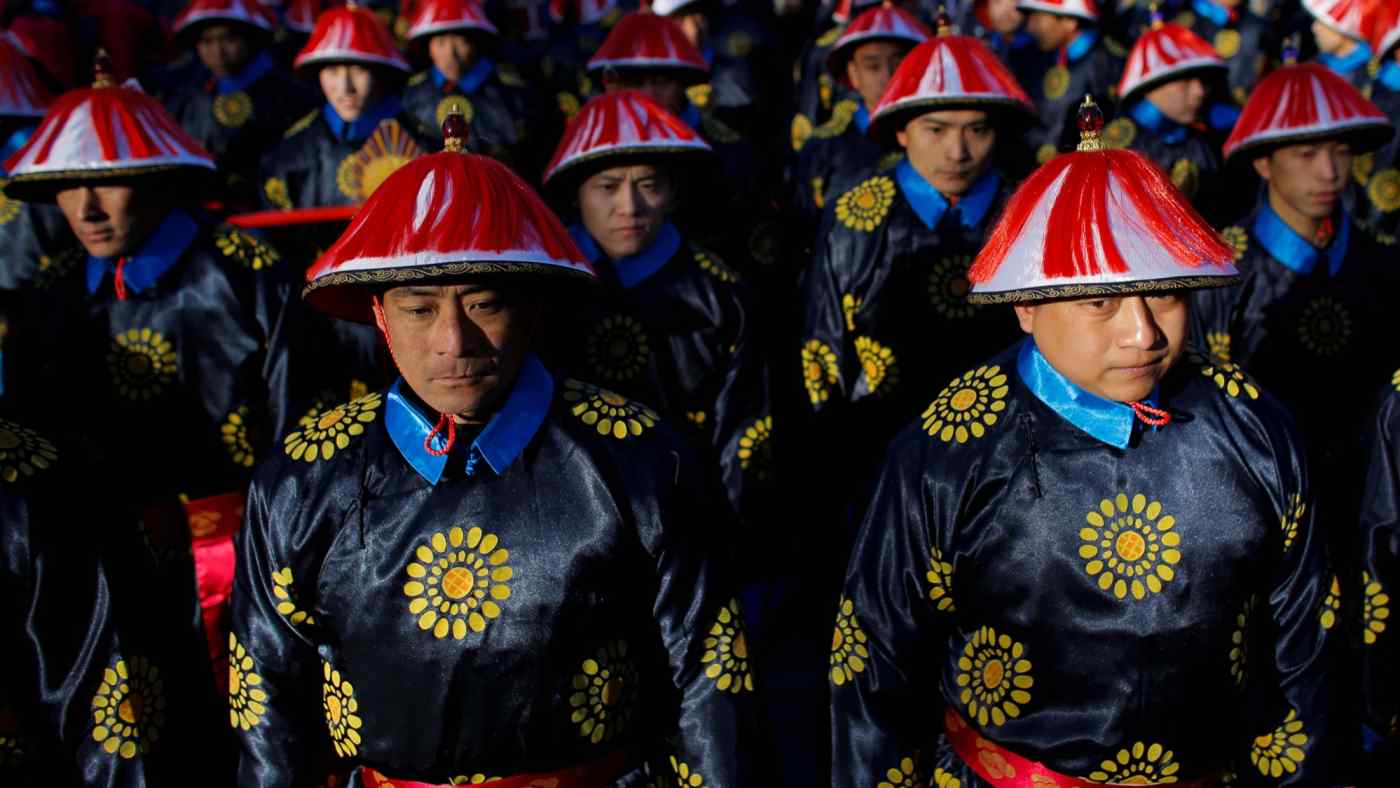 Performers wait for the start of the reenactment in Beijing of a ceremony from the Qing Dynasty, which was humiliated in a war with Japan.   © Reuters
TETSUSHI TAKAHASHI, Editor, Economic News GroupApril 26, 2021 03:10 JST | China
CopyCopied

Tetsushi Takahashi was Nikkei China bureau chief from April 2017 to March 2021 and the writer of the Beijing Diary column.

TOKYO -- For a journalist who has returned to Japan after four years in Beijing, the ability to search freely on Google and Yahoo is liberating.

Freewheeling chats with close friends on platforms like Line and Facebook are also refreshing. None of these services can be used freely in China, where restrictions on freedom of expression are growing tighter.

But the Chinese Communist Party, flush with its victory over the coronavirus, seems ever more self-assured of its path forward.

What is Chinese-style democracy? A one-party rule that does not allow freedom of speech or freedom of the press. A governing style in which the state controls all data and limits the people's right to know.

It is the exact opposite of the democracy we know.

When U.S. President Joe Biden spoke to reporters after meeting Japanese Prime Minister Yoshihide Suga earlier this month, he said that "we're going to work together to prove that democracies can still compete and win in the 21st century."

In the battle between democracies and autocracies, Japan's only choice is to join hands with the U.S.

The mention of Taiwan -- which sits at the front lines of that struggle -- in the joint statement was inevitable.

Chinese President Xi Jinping's government has repeatedly stated that it will take "all necessary measures" to deal with Taiwan.

These remarks likely are aimed not at the U.S., but at Japan.

Ahead of the White House summit, Chinese officials in Beijing had uniformly said, with an air of warning, that "Japan will pay if it gets involved in the Taiwan issue." There was a sense of shock that a fellow member of the Asian community would so readily take Washington's side. 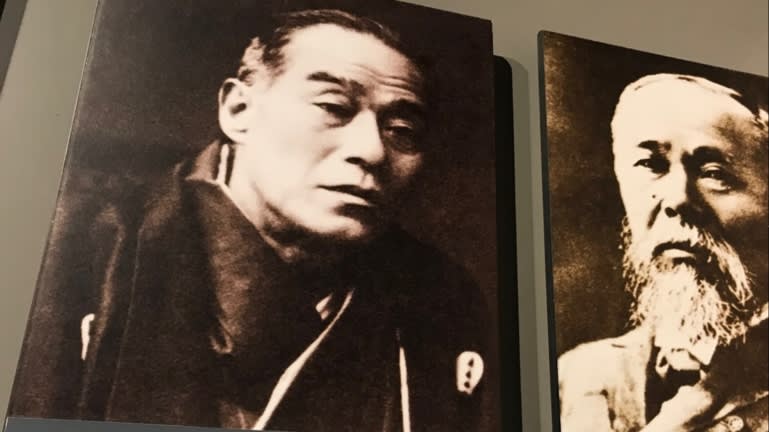 Yukichi Fukuzawa, left, is shown in a panel at a museum of the 1894-95 Sino-Japanese War in Weihei, China. (Photo by Tetsushi Takahashi)

More than a century ago, there was a Japanese figure who similarly called for Japan to team with the West.

Scholar Yukichi Fukuzawa, the founder of Tokyo's Keio University, is known for his ideology of "leaving Asia, entering Europe."

It is not well known, but Fukuzawa is treated as a villain in China.

A few years back, when this reporter visited a Shandong Province museum focused on the 1894-95 Sino-Japanese War, a picture of Fukuzawa was displayed with a description saying he "actively advocated for invasion and expansion" -- as if Fukuzawa himself had driven a war of aggression.

In 1895, the defeated Qing Dynasty signed the Treaty of Shimonoseki, which ceded Taiwan to Japan. Now, 126 years later, the Chinese Communist Party still has yet to reunify with the self-ruled island. The U.S. and Japan stand in the way of Xi's efforts to make this long-held dream a reality.

From China's perspective, Japan's recent moves suggest it now looks to leave Asia for the U.S. instead. The Xi administration likely will ramp up various forms of pressures on Japan.

When it comes to the issue of Taiwan, Japanese companies likely will be unable to stress that politics and the economy are separate. They will not be immune to blowback.

What is interesting is that behind the scenes, the U.S. is still pursuing cooperation with China on certain issues. The day after the Japan-U.S. summit, Washington and Beijing issued a statement pledging joint efforts to combat climate change.

Japan now faces the difficult task of maintaining the right distance from China without irreversibly alienating its supersize market. Tokyo may have crossed the Rubicon -- the point of no return -- before it had the right preparations and resolve.