From Myanmar to Afghanistan: Can China forge a new Asian order? 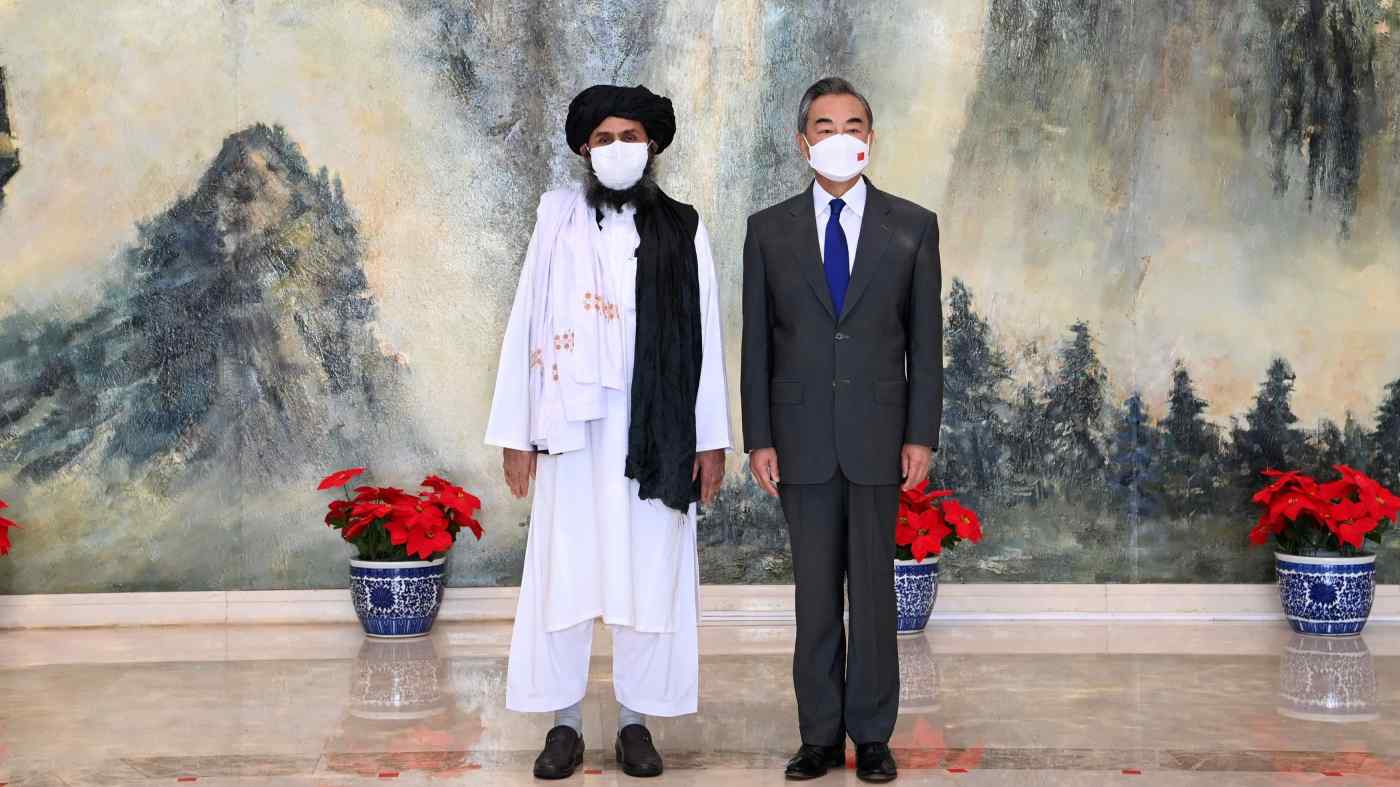 TOKYO -- More than a few people will have noticed the similarities between the military takeover of Myanmar in February and the way the Taliban Islamic militant group swept into Afghanistan's capital, Kabul, last month.

In both, a government created through democratic processes was toppled by force. And in both, events started moving quickly soon after key figures met with Wang Yi, China's state councilor and foreign minister.

Wang talked with Mullah Abdul Ghani Baradar, seen as the Taliban's No. 2 leader, in Tianjin, China, on July 28. The Chinese foreign minister described the Taliban as "an important military and political force in Afghanistan," adding that the group would "play an important role in the country's peace, reconciliation and reconstruction process," according to China's foreign ministry.

Western media such as the BBC highlighted the meeting as a diplomatic breakthrough for the Taliban. The group, seen as an anti-government force under international law, was recognized as an "important military and political force" by a permanent member of the United Nations Security Council. The Taliban seized control of Kabul on Aug. 15, just weeks after it was given the virtual nod by Beijing.

Meanwhile, Wang visited Myanmar around three weeks before the military took over on Feb. 1. He spoke with Min Aung Hlaing, commander-in-chief of the military's defense services, in the capital, Naypyidaw. Wang said China would support "the Myanmar military in playing a due role in and making positive contributions to the process of the country's transformation and development."

Of course, the status of the military was quite different from the Taliban -- it was considered a legitimate part of Myanmar's government. But Wang's expression of support for the military playing a "role" with political implications has plenty in common with his words to Baradar later in the year. 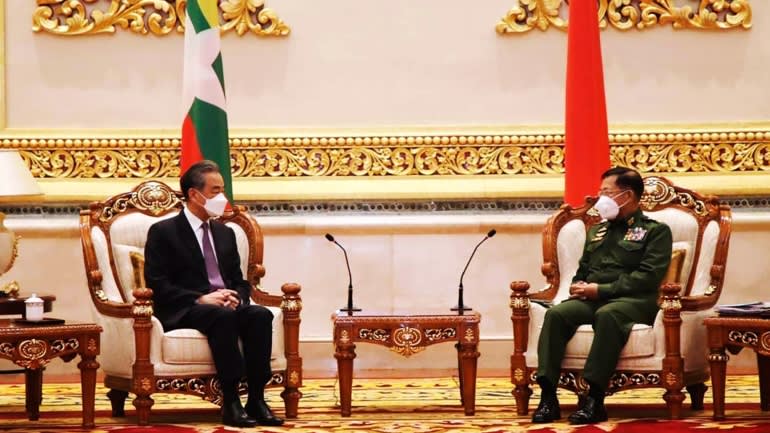 It's unlikely that Wang tempted Min Aung Hlaing to stage a coup or encouraged Baradar to accelerate military operations. However, his words and actions appear to have triggered rapid developments in the Myanmar and Afghan situations. The year 2021, when the Chinese Communist Party marked the 100th anniversary of its founding, may be remembered as the time Beijing began playing a decisive role in creating a new order in Eurasia.

China has long had a strong influence on Myanmar, but what has unfolded in Afghanistan is particularly shocking. With the U.S. military leaving the country after 20 years, China looks to have the closest relationship with the Taliban among major countries. It appears set to increase its presence in the region dramatically, filling a power vacuum left in the wake of the U.S. evacuation. And U.S. Secretary of State Antony Blinken himself has already indicated that he welcomes China's participation in Afghanistan.

People should remember the words spoken by Chinese President Xi Jinping in May 2014. "It is for the people of Asia to ... solve the problems of Asia and uphold the security of Asia," Xi said in a speech at a Shanghai meeting of the Conference on Interaction and Confidence Building Measures in Asia (CICA). The speech reminded us that, about 200 years ago, U.S. President James Monroe advocated that Europe and the Americas should not interfere in each other's internal affairs, raising suspicions that Xi was promoting an Asian version of the Monroe Doctrine in the 21st century. And it seems that President Xi's views on Asia have been realized in the U.S. withdrawal from Afghanistan and the Taliban's victory.

How the situation in Afghanistan will develop is clouded in uncertainty. What kind of government will be created? Will the situation stabilize under the Taliban's leadership? Will the country revert to being a breeding ground for international terrorism? How will the international community handle the nation?

China, which has intensified its persecution of Muslims, including Uyghur and Kazakh people, in the Xinjiang region bordering Afghanistan, has more reason than many to be wary of potential terrorist activity from Afghanistan. Urging the Taliban to prevent Afghanistan becoming a hotbed of terrorism --that is, essentially trying to control the Taliban -- is likely to be the main pillar of China's Afghan policy for now.

At their July meeting, Wang told Baradar that China hopes the Taliban will "make a clean break with all terrorist organizations including the ETIM (East Turkestan Islamic Movement, which aims to establish an independent Uyghur nation) and resolutely and effectively combat them to remove obstacles." Baradar replied that the Taliban "will never allow any force to use the Afghan territory to engage in acts detrimental to China."

China is still likely to have plenty of doubts on whether the Taliban can be trusted. But its close relationship with Pakistan, which borders Afghanistan and backs the Taliban, is likely to be a key asset the U.S. never had.

Another advantage is that its economic relationship with Afghanistan has already deepened. For example, China's state-owned companies have obtained the right to develop the Mes Aynak copper mine, which is said to hold the world's second-largest deposit of the metal. The Taliban should be able to count on China when rebuilding the country's economy, since the Belt and Road Initiative, a broad economic infrastructure program led by Xi, emphasizes improving links with Central Asia.

In retrospect, the former Soviet Union sent a massive force into Afghanistan during the Cold War and eventually suffered a blow that shook its regime. This time, it is the U.S. that has been hit. Afghanistan is an ominous place for superpowers. China appears to be looking to contribute to Afghanistan's political and social stability in its own way, while avoiding steps such as sending in troops. Xi, who is seeking "the great rejuvenation of the Chinese nation," might well be hoping to show China is a superpower that can lead the 21st century more competently than the U.S. or the Soviet Union managed in the past.