TOKYO -- March is a crucial month for journalists covering mainland Chinese companies in Hong Kong, as it is one of the few times when board members and C-suite executives gather to deliver annual results in live presentations to reporters.

However, the novel coronavirus outbreak robbed journalists of the opportunity this year, with webcasts and teleconferences replacing in-person briefings.

"Due to the special circumstance caused by the contagion, the company is utilizing this method for the first time since our inception," Yang Jie, Chairman of China Mobile, told reporters via telephone on March 19. The global leader in mobile subscribers has been holding two news conferences a year to deliver full and midyear results, a practice it has basically followed since its inception and listing in Hong Kong in 1997, the year of the handover.

One of the highlights of last month's teleconference was Yang's comments regarding 5G. "Even though this year marks the beginning of the three-year peak period for 5G investments, our overall capex is not going to expand much," Yang said. On the other hand, he pledged a "stable" dividend outlook in the years to come. The board has recommended an increase in annual dividends, to be paid in summer.

Two of Yang's peers, Wang Xiaochu of China Unicom and Ke Ruiwen of China Telecom, stressed saving on 5G investments through the "co-build, co-share" framework, during their teleconferences. They also pledged to cooperate more on non-5G matters to further reduce spending. China Mobile Chairman Yang Jie announced the company's annual earnings this year via a teleconference -- a first for the state-owned company. (Photo by Kenji Kawase)

Despite Beijing's hype created to prop up the economy and support equipment manufacturers and application suppliers through the heavy investments made by telecoms, the companies remain prudent, as returns on their investments are not certain.

And even though the telecoms are all state-owned, they also weighed shareholders’ concerns over investment returns as publicly listed companies.

Along with telecoms, other large-scale mainland companies, including state-owned enterprises such as oil majors, big banks, developers, automakers and electronics manufacturers, gave earnings calls online or via teleconfabs.

This is undoubtedly an efficient way to disseminate vital information from top management. Many overseas journalists -- myself included -- can stay ensconced in our own offices to cover reports from dozens of Hong Kong-listed companies.

Having said that, and despite the convenience of online presentations or teleconferences, there is really no substitute for face-to-face briefings, as not only numbers and commentary comprise the making of a news story. There are also numerous subtle cues, gleaned from gestures, facial expressions and even eye contact when top management has to respond to a tough question, that go into reporting the news.

Remote briefings also risk being less than spontaneous, as journalists and their questions can be easily screened by organizers. Or key portions of a presentation can be garbled by technical difficulties -- intended or unintended -- to subtly reframe a message.

Of course, even during live events, organizers can choose only "friendly" journalists to ask questions, or discontinue Q&A altogether for whatever reason.

But being in close physical proximity to management allows reporters to rush over to the bosses for comments, or even no comments. Veteran corporate leaders, like China Mobile's Yang and China Unicom's Wang, are used to fielding questions from reporters after important meetings, including those days when both of them were c-class executives at now-rival telecoms.

What was unfortunate this year was that a handful of companies apparently cut back on the opportunities for the media altogether. China Mengniu Dairy, for example, held its earnings teleconference on March 26 but did not allow journalists to participate, even though it held a live earnings briefing at the Four Seasons Hotel in Hong Kong last March. 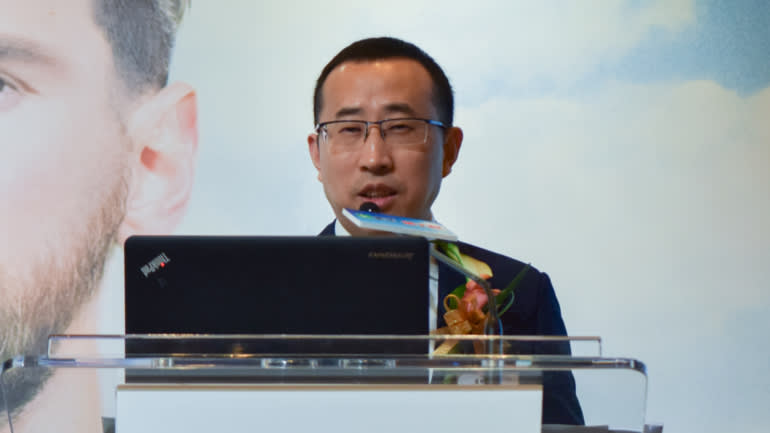 China Mengniu Dairy CEO Lu Minfang invited media to the company's in-person earnings call in Hong Kong in March 2019, but this year delivered results via a teleconference only to selected investors. (Photo by Kenji Kawase)

The public relations agent for Mengniu initially told the Nikkei Asian Review that it was "due to the limited number of [phone] lines." After the agent was informed that other companies were able to accommodate many remote journalists, the agent dropped this part of the explanation and repeated the company decided that "this year's earnings call was only open to investors, who communicate closely with the company on a regular basis."

There have always been instances where companies only brief analysts and investors, but this could constitute "selective disclosure," which runs counter to the principle of fair disclosure.

Citic decided not to hold a media event this time, after skipping a midterm earnings briefing last August. The state-owned finance-to-mining conglomerate had regularly held earnings calls in front of the media, so was asked whether this signaled that it would stop meeting the media in Hong Kong going forward. At the time of publication, Citic's PR agent had not responded. 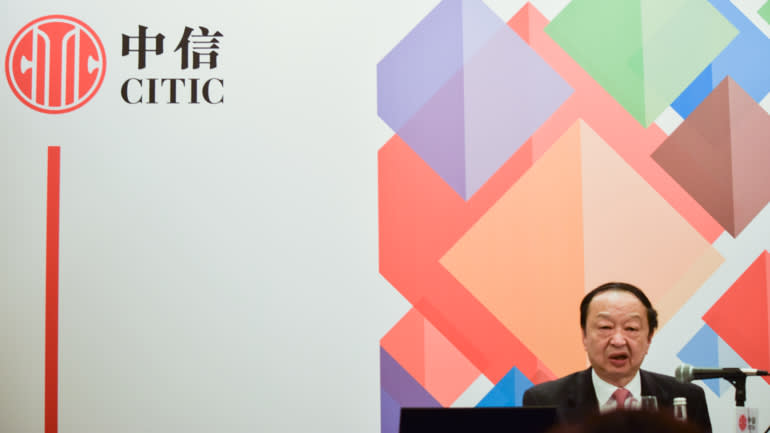 Citic was another company that decided to avoid meeting the media this year, despite having done so regularly under former Chairman Chang Zhenming, who is seen speaking to the media in March 2019. (Photo by Kenji Kawase)

"[W]e have recognized the need to build understanding with key stakeholders. This means taking the time to explain both the opportunities and challenges confronting us... These stakeholders range from community members living near the project, to the media, the highest levels of the Australian Government, our shareholders and the public."

This is an excerpt from the chairman's letter to shareholders by then-Citic Chairman Chang Zhenming in the company's 2013 annual report. At the time, the company -- then called Citic Pacific -- was struggling to launch the Sino Iron Project, one of the largest Chinese overseas investments ever in an Australian iron-ore mine.

There was a lot on Citic's plate this year. Chang had stepped aside after leading the company for more than a decade. The company had sold its controlling stake in its mainland and Hong Kong McDonald's business amid tension with the U.S. And the former head of its banking unit had been detained and dismissed from the Communist Party. All of this in March alone.

It seems the company missed a golden opportunity to "build understanding" with the media and other stakeholders this year.

Even though listed companies are not legally obligated to brief the media, many choose to do so since they feel it necessary -- or even beneficial -- to explain their operations in order to win stakeholder trust, as Citic recognized six years ago.

And under the present trying circumstances, it would appear that it has become even more important to do so. The technology is surely there. It is only the will that some companies now seem to lack. 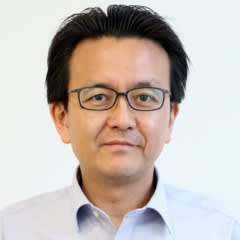 Kenji Kawase is chief business news correspondent of the Nikkei Asian Review and an editor of Tech Scroll Asia, a newsletter on technology in Asia that combines the best reporting from Nikkei and the Financial Times. He has been reporting and editing for Nikkei since 1992, mainly covering corporate and financial news in Tokyo, Osaka, Shanghai, Hong Kong and Bangkok. He will return to Hong Kong for the third time soon.