Future balance of power haunts US as China bulks up 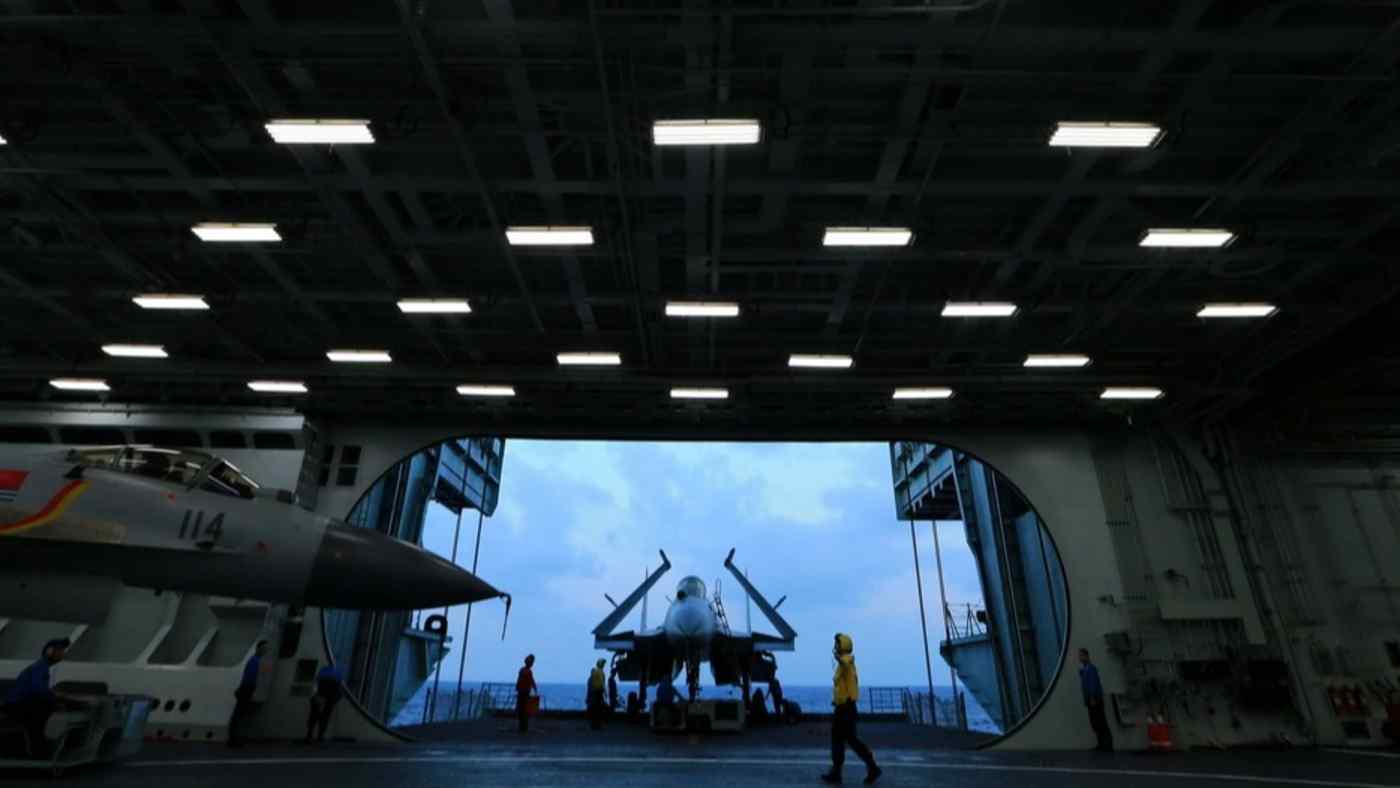 TOKYO -- In recent years, the Pentagon has carried out multiple war games simulating a U.S.-China military conflict in Asia. The American side has reportedly lost time and time again.

In a war game conducted by the U.S. Air Force last fall, a Chinese biological-weapon attack sweeps through U.S. bases and warships in the Indo-Pacific region, followed by a major Chinese military exercise that is used as cover for the deployment of a massive invasion force.

"The simulation culminated with Chinese missile strikes raining down on U.S. bases and warships in the region, and a lightning air and amphibious assault on the island of Taiwan," veteran defense journalist James Kitfield wrote on Yahoo News.

Defense experts have been alarmed by the shift in military balance for several years. But since 2018, not only is the U.S. losing but losing faster, a senior defense official told Kitfield.

Japan, under previous Prime Minister Shinzo Abe, also quietly simulated multiple scenarios in its neighborhood. To Tokyo's shock, it found that even when combined, the Self-Defense Forces and the American military presence in the Indo-Pacific faced an uphill battle against Beijing.

It is in this grim reality that the new U.S. administration has identified the Indo-Pacific as the most consequential region for America's future and the Department of Defense's priority theater.

Secretary of State Antony Blinken and Defense Secretary Lloyd Austin have chosen Japan as the initial destination for their first official trip abroad. They will hold a "two-plus-two" meeting Tuesday with their Japanese counterparts, where they are expected to express concern about Beijing's maritime incursions and display the unity of the alliance.

Meanwhile, President Joe Biden has invited current Japanese Prime Minister Yoshihide Suga to the White House this April in what is set to be the administration's first official visit by a foreign leader. To view these signs of an increased focus on Japan as something to celebrate is only half-right.

Washington is not scrambling for meetings simply because it wants to pay more attention to Tokyo. The rush is because the Biden administration considers the Taiwan Strait and the area around Japan the world's biggest security hot spots.

"As China continues to increase the size of the People's Liberation Army and advance their own joint capabilities, the military balance in the Indo-Pacific is becoming more unfavorable for the United States and our allies," he said. "And with this imbalance, we are accumulating risk that may embolden China to unilaterally change the status quo before our forces may be able to deliver an effective response."

Davidson showed particular concern about Taiwan, which he said is "clearly one of their ambitions," adding that "I think the threat is manifest during this decade -- in fact, in the next six years."

In other words, Davidson is warning that China could toy with the idea of unifying with Taiwan by force by 2027 -- and underscoring the Pentagon's concern over the potential outcome. Even if the U.S. military is superior in terms of quality, China holds an overwhelming numerical advantage as far as conventional forces deployed in Asia are concerned. U.S. Defense Secretary Lloyd Austin, left, meets with Navy Adm. Philip Davidson, commander of the Indo-Pacific Command, at its headquarters in Hawaii on March 14. (Photo courtesy of the U.S. Department of Defense)

"Overwhelming" is not hyperbole. Indeed, the gap looks set to widen further in the coming years.

Looking at military assets in the Western Pacific, China now has 1,250 fighter jets to America's 250 and is set to raise the tally to 1,950 by 2025 -- nearly eight times the American total. Beijing is set to have three aircraft carriers by then, while the U.S. will still have just one forward-deployed to Yokosuka, Japan.

China will have more than six times as many submarines and nine times as many warships deployed on the Asian front lines as the U.S.

That said, the full might of the U.S. military is more than a match for China's, with 11 aircraft carriers and a nearly unparalleled nuclear arsenal. One might think that a full mobilization in Asia would mean a clear American win.

But the answer remains no.

"Even though the U.S. military currently remains stronger than China in global terms, the situation is extremely grave because China's goal is to resolve the issue before America can bring that power to bear through the fait accompli," said Elbridge Colby, who served as deputy assistant secretary of defense for strategy and force development under previous President Donald Trump and later co-founded the Marathon Initiative think tank on great-power competition.

Some American carriers are in maintenance or other parts of the world, Colby noted. It could take weeks for forces deployed outside Asia to reach the region.

"I think what Commander Davidson is clearly saying is that there's a very serious risk that the U.S. could lose the war against China," Colby said, adding that "China's challenge to the balance of power is very severe."

"Japan is not doing enough," he said. "Japan should perceive this situation very seriously, as this affects Japan very directly." Biden and his aides surely received classified information on the issue after taking office in January. This likely spurred the speedy two-plus-two meeting and early summit with Tokyo, to find out what Washington's front-line ally plans to do.

What, then, should Japan do?

The first and most important step is to recognize that this is more Tokyo's problem than Washington's. Beyond that, Japan has two urgent issues to address.

One is the question of whether it is investing sufficiently in self-defense capabilities. Even though Japan sits next door to China, its defense spending amounts to only about 1% of gross domestic product. In NATO, even members such as Belgium and the Netherlands, which are surrounded by friendly countries, have been asked to boost their spending to 2% of GDP.

There are concerns in the Pentagon that the current force posture in Asia, based on a forward-deployed aircraft carrier and its supporting ships, is vulnerable to Chinese attacks and may be outdated. China is said to have nearly 2,000 midrange land-based missiles, while Japan and the U.S. -- hamstrung by the Intermediate-Range Nuclear Forces Treaty that America previously had with Russia -- have none.

Addressing this imbalance is a top priority for the Indo-Pacific Command.

With the U.S. and China locking horns not only militarily, but also over technology, human rights and political freedoms, bilateral tensions are expected to persist into the foreseeable future. Washington and Tokyo will need to put mechanisms in place with Beijing for handling emergencies to avoid an unexpected or unwanted clash.

Tuesday's two-plus-two meeting will be the first step in these important discussions.