Global food prices find themselves at the mercy of China 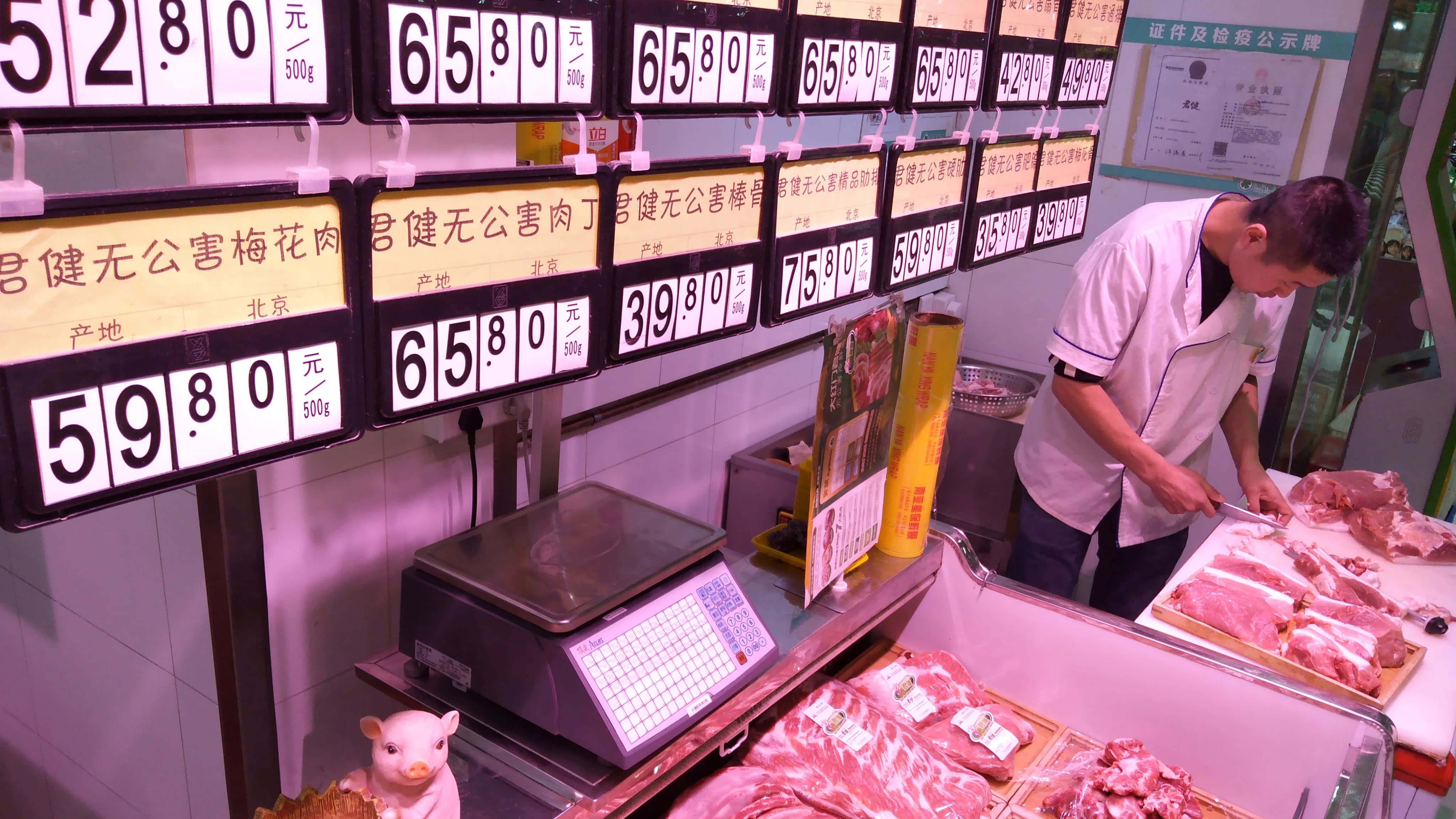 China's Lunar New Year holiday feasts create so much demand for pork that the government comes under pressure to ensure that enough of the meat is available.   © Reuters

Ahead of the Lunar New Year holidays, which begin on Saturday, China's government worried about whether there would be enough pork to satisfy demand. Yu Kangzhen, vice minister of agriculture and rural affairs, on Jan. 8 calmed matters by saying supplies of the staple would be stable throughout the holiday period, also known as the Spring Festival.

Although lifestyles have drastically evolved during the country's long economic boom, many Chinese still spend the Lunar New Year period with their families and relatives and, as Yu explained, "eat meat." A lot of meat.

China is in the middle of its so-called "hog cycle," which consists of prices rising and enticing farmers to raise pigs, and prices falling and forcing pig farmers out of business. Last spring, some observers expected that the country would finally leave this destructive cycle behind. Pig farms were getting bigger, they figured, and as a result pork production would stabilize.

But the unrelenting nature of African swine fever has shattered this optimism. A huge number of pigs have been culled, resulting in serious shortages and high prices for China's favorite meat.

In December, with the gap between supplies and demand narrowing somewhat, pork prices fell 5.6% from November.

But they remained 97% higher than 12 months earlier. The Chinese government is campaigning to transform a pork industry that relies on small farms into one that is dominated by large farms.   © Reuters

The Chinese government has been encouraging pig farmers to tend larger herds and use more advanced techniques. In September, government leaders discussed pig farm reforms and decided to increase the ratio of large-scale pig farms to more than 65% of all pig farms by 2025. The hope is that bigger parcels will make it easier for farmers to improve hygiene and, along the way, prevent the hog cycle from devastating farmers, then angering pork lovers.

One problem with small-scale pig farming, the government believes, is inadequate hygiene control. And the only way to solve it, Chinese leaders say, is to restructure the industry.

Supplies began to stabilize ahead of the holiday season because reserves of frozen pork were released. The situation did not come about as a result of structural changes.

Meanwhile, the impact of China's high pork prices is spreading to other countries. China in 2019 sharply increased its imports of the meat, pushing up pork prices in Europe and purchase prices in Japan.

The trend could reach other regions as the Chinese government rapidly increases the amount of meat it buys from other countries, fearing shortages at home. As China accounts for nearly half of global pork production, a supply blip could wreak havoc with prices in the countries it trades with.

Implications are also playing out further afield. Investors have predicted that China's declining pork production will sap demand for feed. This has put U.S. soybean prices under downward pressure.

The U.S.-China trade row brings additional concerns. Soybean prices continued to fall in the first half of last year due to speculation that China's retaliatory tariffs would further suppress trade in soybeans.

Chinese, regardless of whether they get their fill of pork during the Spring Festival, will continue to affect the price of food in other countries. Maybe it is time to recognize that the world is entering a new stage as far as the supply of calories goes.