HONG KONG -- While the global battle against the novel coronavirus pandemic rages on, Hong Kong has managed to contain the outbreak with a mobile app that tracks people who enter the territory and returnees from abroad.

But questions are being raised over whether the app hands too much personal information to authorities at a time when Beijing is tightening the screws on dissent in Hong Kong, most recently having banned the annual candlelight vigil commemorating the June 4, 1989 Tiananmen crackdown for the first time in 30 years. The government says the move is necessary to control the virus.

It was the desperate need for halt the infection that gave Arthur Chan Chi-chuen, founder and lead data scientist at SagaDigits and creator of the app, a light bulb moment in February: He saw an opportunity to employ a tech solution his company had already developed.

"We tried to use the technology to help the Hong Kong government," Chan told the Nikkei Asian Review on Wednesday. The company, just three-and-a-half years old with 15 employees, has been providing app-based mapping solutions for operators of shopping malls, hospitals and construction sites to track users indoors where GPS signals are weak or not available.

In less than a month, the system, called "Stay Home Safe," was unveiled as the Hong Kong government's key tool for tracking and enforcing 14-day quarantines for new arrivals in the territory. All new entrants are required to wear an electronic wristband that synchronizes with a proprietary mobile app that they are required to download at the border.

"Stay Home Safe" has proved a powerful tool in the government's effort to monitor the movements of every single person who has entered Hong Kong since mid-March. Arthur Chan Chi-chuen, founder and lead data scientist of SagaDigits, is the man behind the company that has kept the coronavirus under control in Hong Kong. (Photo by Kenji Kawase)

When I arrived in Hong Kong on May 18 for my third stint here as a journalist, government employees handed over the waterproof wristband with a stern warning for me to mull over for the two weeks: If I violate the quarantine order, I face a fine of up to 25,000 Hong Kong dollars ($3,226) and six months in jail.

The authorities mean business. On Tuesday, a 43-year-old man became the latest to face the harsh penalties. He was sentenced to three weeks in jail after he was found to have broken quarantine and removed his wristband prematurely.

"The sentence sends a clear message to the community that breaching a quarantine order is a criminal offense and that the government will not tolerate such actions," the Health Department said in a statement. The department told Nikkei it had issued a total of 232,977 quarantine orders to people entering Hong Kong as of Tuesday. Fourteen people found in violation of the order were either sentenced to immediate imprisonment or fined.

Whatever one thinks of Hong Kong's zero-tolerance approach to lockdown breakers, the tracking system appears to be working as intended. With Stay Home Safe in place, Hong Kong has not reported any new locally transmitted infections over the two weeks to May 31. This was helped by on-the-spot saliva testing at the border to keep out infected people, and placing carriers in a separate compulsory quarantine. Through these measures, the authorities have succeeded in controlling the spread of the virus in a densely populated, cosmopolitan city.

So how does it work? Chan said Stay Home Safe picks up data signals -- such as Wi-Fi, Bluetooth and GPS -- in the place where the person is and identifies it as the wearer's "signature" location. If the system determines the wearer has left the signature location by acknowledging different set of data signals, it sends an alert to authorities. There is also a mechanism in the wristband that alerts authorities if it is cut.

The system's core "geo-fencing" technology was developed by Gary Chan Shueng-han, a professor at Hong Kong University of Science and Technology, Arthur Chan's alma mater. Arthur Chan was a student of the professor and later acquired his mentor's company, Compathnion Technology, which is now a subsidiary of SagaDigits.

"Yes, I was one of [Gary Chan's] first students at the university, and he was a great teacher," Arthur Chan said. About a decade later, they became partners.

Having witnessed the effectiveness of Hong Kong's tracking system, authorities in more than 30 cities in the Middle East and Southeast Asia have indicated interest, according to Chan. He said the company has already sent demonstration kits to authorities in a few cities.

While the system is undoubtedly useful for tracking infection, it also raises serious privacy questions. In effect, it allows governments to legally barge into people's daily lives for 14 days. This is particularly worrying given waning public support for the Hong Kong government after it proposed a now-shelved extradition bill last summer. Since then the city has been in turmoil, with Hong Kongers protesting against the government and demanding democratic change.

The recent imposition of a new national security law by Beijing, which the local government has wholeheartedly supported, has further shaken people's confidence. In this environment, the last thing Hong Kongers want is for the government to gain greater powers of surveillance.

Charles Mok, a legislator with the pan-democratic camp, who also represents the information technology industry, on Wednesday pressed the government over the information it has collected through Stay Home Safe.

Alfred Sit Wing-hang, secretary for innovation and technology, responded by reiterating the government's position that the Department of Health retains only the contact phone number of wristband wearers and does not collect any other personal data.

He said in a written response that any information gathered through the contact tracing process "will be destroyed within three months after the completion of the 14-day quarantine period."

Chan confirmed the government statements with regard to data and privacy, although he acknowledge the issues were "a challenge" that he deeply pondered, given the "very, very unique situation in Hong Kong."

But he also added: "Technology is neutral, but if you put it in a wrong place or use it at the wrong time, it doesn't work."

Many may find it hard to accept the assurances of tech experts and the government that the technology will not be abused, given the lack of public trust in the authorities and the technology's potential to be used as a weapon. 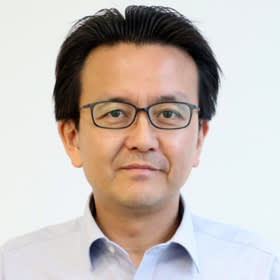 Kenji Kawase is chief business news correspondent for the Nikkei Asian Review and an editor of Tech Scroll Asia, a newsletter on technology in Asia that combines the best reporting from Nikkei and the Financial Times. He has been reporting and editing for Nikkei since 1992, mainly covering corporate and financial news in Tokyo, Osaka, Shanghai, Hong Kong and Bangkok. He returned to Hong Kong for the third time in May.