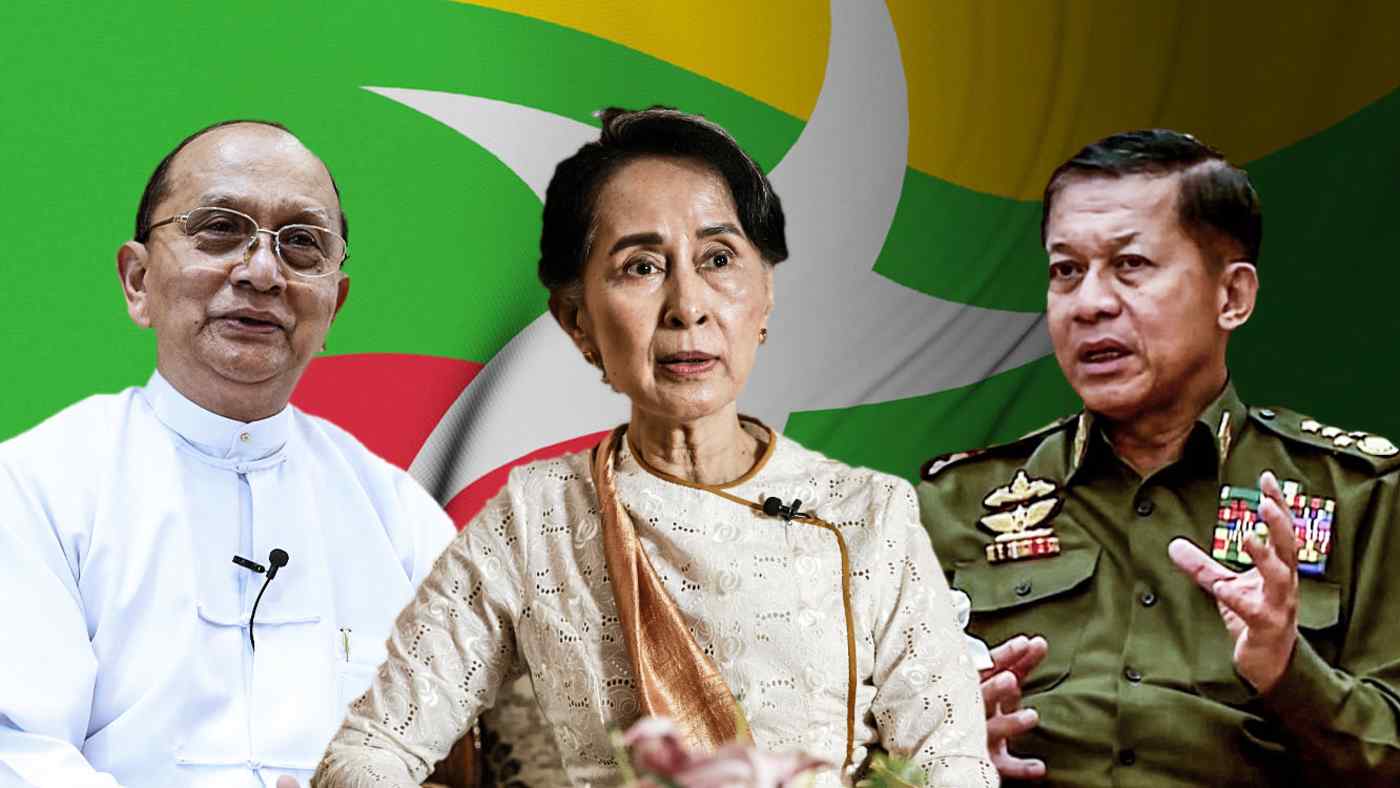 BANGKOK -- Myanmar has fallen deeper into a political crisis in the three weeks since a coup d'etat toppled the elected government.

Security forces, irritated by continuing protests against the coup, have occasionally used force, resulting in three deaths of citizens.

Ironically, the first confirmed gunshot death among citizens occurred in Naypyitaw, which was dubbed "the safest capital in the world" before the coup. The capital of Myanmar was relocated from Yangon to Naypyitaw, a city created in the forest, in 2006 during the previous military regime.

Most of the people did not know the real reason why; various views were voiced for the sudden relocation of the capital, such as the regime's evacuation to an inland area to prepare for a U.S. invasion or its following advice from an astrologer. Another theory was that the junta tried to prevent anti-government protests by separating civil servants from university students in Yangon who have led the past democracy movements.

The military appears to have been too optimistic about that separation, in light of the current protests -- they have now spread not only in Yangon but also all across the country.

Meanwhile, Senior Gen. Min Aung Hlaing, commander in chief of the military, delivered his first post-coup televised speech on Feb. 8, stressing that the junta is "different" from the past military regimes.

Min Aung Hlaing possibly wanted to remind the public of the Thein Sein government, which ruled Myanmar for five years from 2011, rather than the half-a-century military rule that began in 1962.

The Thein Sein government, though a military regime, was highly praised at home and abroad for leading the nation's transition from military to civilian rule.

In Myanmar's first general election in 20 years in November 2010, the Union Solidary and Development Party (USDP), affiliated with the military, won about 80% of the seats in parliament. The election was held without the participation of pro-democracy leader Aung San Suu Kyi, who was kept under house arrest, and also was boycotted by her party, the National League for Democracy. Foreign election observers and media were banned from entering Myanmar.

The Thein Sein administration took office in March 2011 as a result of the election. Thein Sein, who was the fourth-ranking general and the prime minister, assumed the presidency.

The new government was chosen by citizens, although there were people who refused to admit the nation's shift to civilian rule, Thein Sein said. But it was harshly criticized as "merely changing military clothes to business suits."

Unexpectedly, however, the Thein Sein administration pushed ahead with reforms. To address questions of democratization and human rights, the administration eased its control over the media and held cease-fire negotiations with ethnic minorities.

In a surprise move, Thein Sein pursued a rapprochement with Suu Kyi, inviting her to the presidential palace to call for her participation in politics. Covering their meeting, the state-run broadcaster showed a photo of the late Aung San -- Suu Kyi's father, regarded as the father of modern-day Myanmar -- hanging on the wall of Thein Sein's room. Through democratic reforms, Thein Sein succeeded in having the U.S. and Europe ease sanctions on Myanmar and modernizing its economy. He reformed the opaque multiple exchange rates of the currency, the kyat, and introduced a managed floating rate system to keep its fluctuations within a set range.

To lure foreign capital, Thein Sein revised the foreign investment law for the first time in a quarter of a century and developed its first modern industrial complex, in Thilawa near Yangon, using public and private support from Japan.

Other Southeast Asia countries like Indonesia, Thailand, Malaysia and the Philippines have shifted to democratization through "developmental dictatorship" that initially prioritizes economic growth while restricting political freedom. Myanmar, which had long been placed under the military regime's "dictatorship without development," opted for the difficult path of seeking growth and democratization at the same time.

Radical reforms were possible in Myanmar because of "changes within the military's decision-making mechanism," said Toshihiro Kudo, professor at the National Graduate Institute for Political Studies in Tokyo.

Given prolonged armed conflicts with ethnic minorities, mainstream leaders in the military were those who had achieved victories in campaigns.

But as the prime minister of the military government, Thein Sein attended international conferences, such as those of the Association of Southeast Asian Nations, and was struck by Myanmar's backwardness. This made him decide to undertake reforms.

Reforms also advanced as Schwe Mann, speaker of the lower house and the third-highest general in the military, paved the way for rapprochement with Suu Kyi, though he was allegedly at odds with the president.

But the USDP suffered a huge loss in the general election of November 2015 against Suu Kyi's overwhelming popularity. Thein Sein accepted the defeat and congratulated Suu Kyi, pledging a peaceful transition of power.

The election result has proved costly to Myanmar when it comes to the future of democracy. In addition to Thein Sein, who retired from politics following the 2015 election, the four reformist ministers and the speaker of the lower house were defeated and have withdrawn from the political center stage. In other words, there have been no politicians from the military who can become breakwaters for Suu Kyi.

Relations between Suu Kyi and Min Aung Hlaing, who has remained commander in chief by extending his retirement age, became sour over the issue of the Rohingya, a Muslim minority group. Regular meetings between them came to a halt in around 2018.

And then the coup happened. Now that reform-minded leaders in the military have stepped down, "the decision-making process by the mainstream, which oppressed Suu Kyi in the past, has revived," Kudo said.

The Thein Sein administration was much more successful than anyone could dream of during its five years in office. In the following five years, it is difficult to say that Suu Kyi's government achieved better results than its predecessor.

The military's assumption that it was better at governing than Suu Kyi, as well as the stunning losses in the past two elections, appears to have become a prelude for the coup.

But needless to say, this does not mean that the coup can be justified -- and with no end to the protests in sight, the military seems to have no solution for the political crisis but to point guns at its people.