How the WTO will address the Japan-South Korea trade row

Are national security concerns a 'sacred cause' under international law? 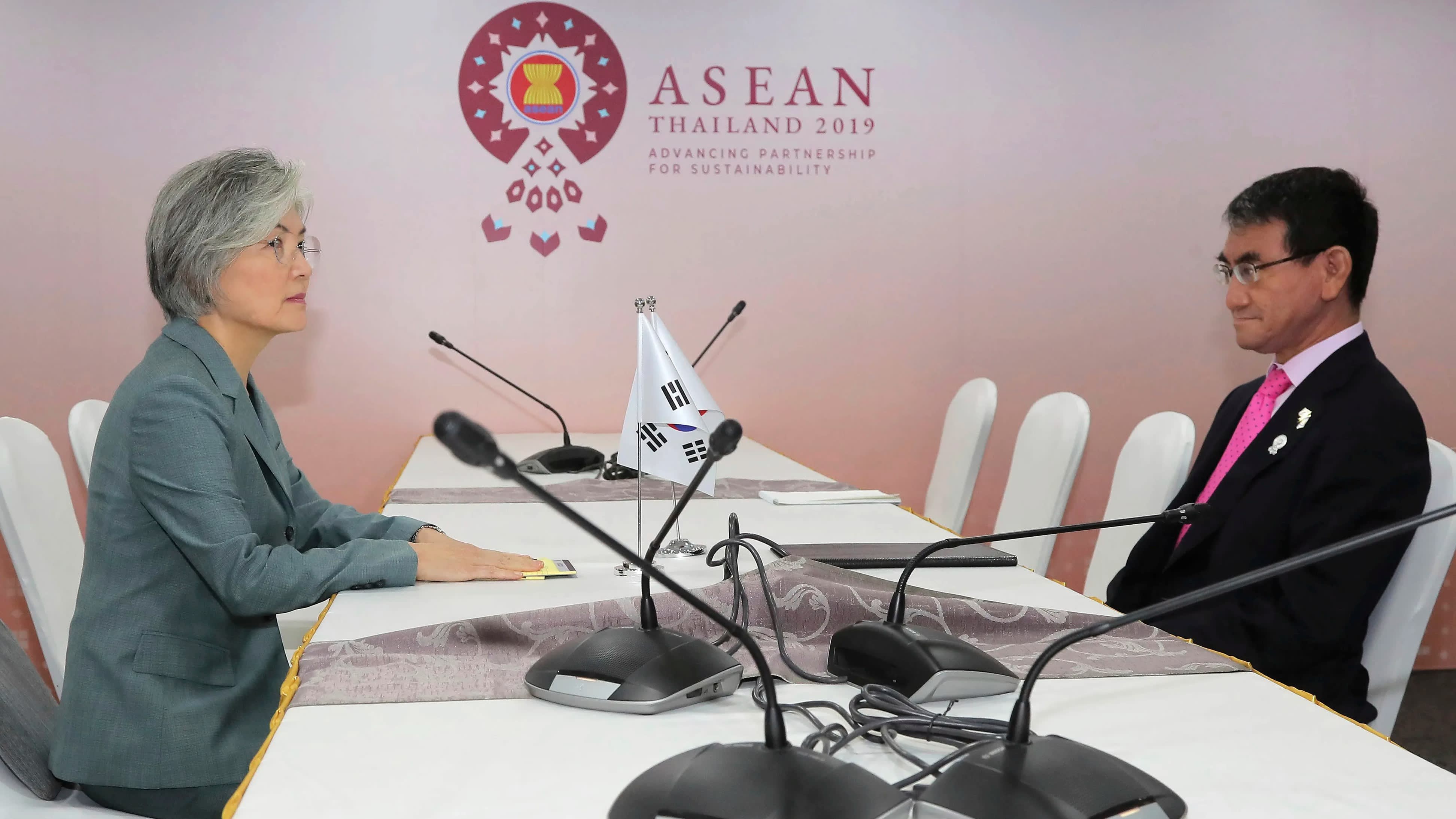 TOKYO -- The Japanese government has cited national security concerns as a reason for its Aug. 2 decision to remove South Korea from its list of countries that can receive favorable treatment in export controls.

The Japanese decision to take South Korea off its so-called "while list" from Aug. 28 comes after the U.S. has made regular moves in recent years to restrict trade on national security grounds.

Amid the escalating trade war between America and China, U.S. President Donald Trump's administration has imposed an effective trade embargo on Huawei, claiming that the Chinese tech group poses a national security threat.

Can we therefore assume that ensuring national security is a "sacred cause" that always justifies such trade restrictions under international law?

South Korea has reacted strongly against a series of measures taken by the Japanese government, including export restrictions on certain semiconductor materials, as well as its exclusion from the list of favored trading partners.

The South Korean government is now preparing to initiate dispute settlement procedures at the World Trade Organization, the Geneva-based watchdog on international commerce. Members of the South Korean and Japanese delegations arrive for the General Council meeting at the WTO in Geneva in July.   © Reuters

Japan will claim its legitimacy at the panel based on the WTO national security exception laid out in Article 21 of the General Agreement on Tariffs and Trade, or GATT.

The U.S. often makes use of trade restrictions on national security grounds.

In 2018, China and some other trading partners filed a complaint with the WTO over the level of U.S. tariffs on steel and aluminum imports, which resulted in the establishment of a dispute settlement panel.

It is possible that behind these trade restrictions lie ulterior motives to achieve political goals through protectionism or economic pressure.

There has so far been an interpretation that since national security is the most extreme issue related to state sovereignty, it is inappropriate to take up the issue at the WTO.

But that argument collapsed earlier this year when a WTO dispute settlement panel made a groundbreaking judgment regarding Article 21 of the GATT for the first time.

The case, brought by the Ukraine, centered around restrictions imposed on transit routes for that country's exports, which were imposed by Moscow following the 2014 Ukrainian crisis that saw the Crimean Peninsula annexed by Russia.

Russia won the case, but the WTO panel warned that invocation of Article 21 did not grant WTO member countries unlimited discretion.

Be that as it may, operational reviews of export controls are up to individual countries.

Japan has pointed out flaws in South Korea's export controls, but South Korea has not responded and the two countries have been unable to discuss the issue fully during policy dialogue and elsewhere.

Tsuyoshi Kawase, a professor at Japan's Sophia University, said that "if Japan can prove that inappropriate cases that occurred in (South Korea's) export controls is threatening its national security interests, (the latest tightening of export controls) will not be seen as an abuse of Article 21."

"A (WTO dispute settlement) panel will decide objectively whether it is a measure in line with the national security exception provision," he said.

If the dispute is not settled by the panel, it will be referred to the Appellate Body, the WTO's highest court.

In this case, however, it could take time for the row to be settled legally. The Appellate Body is becoming dysfunctional, as the U.S. is blocking the process to fill its personnel vacancies.

Some also point out that the GATT articles themselves have become outdated.

"They were drawn up by the Allied Powers in 1947 and fail to keep pace with modern-day security concepts such as cybersecurity," said Osamu Umejima, a professor at Takasaki City University of Economics.

There are strong concerns that trade frictions related to security concerns will become increasingly common.

At their summit in Osaka, Japan, in June, leaders from the Group of 20 major economies declared their commitment to reforming the WTO.

If WTO member countries, including Japan, do not rush to reform the organization, many nations are likely to use the sacred cause of ensuring national security in order to justify trade restrictions.