India's Congress tries to reinvent itself, but will it ever catch BJP? 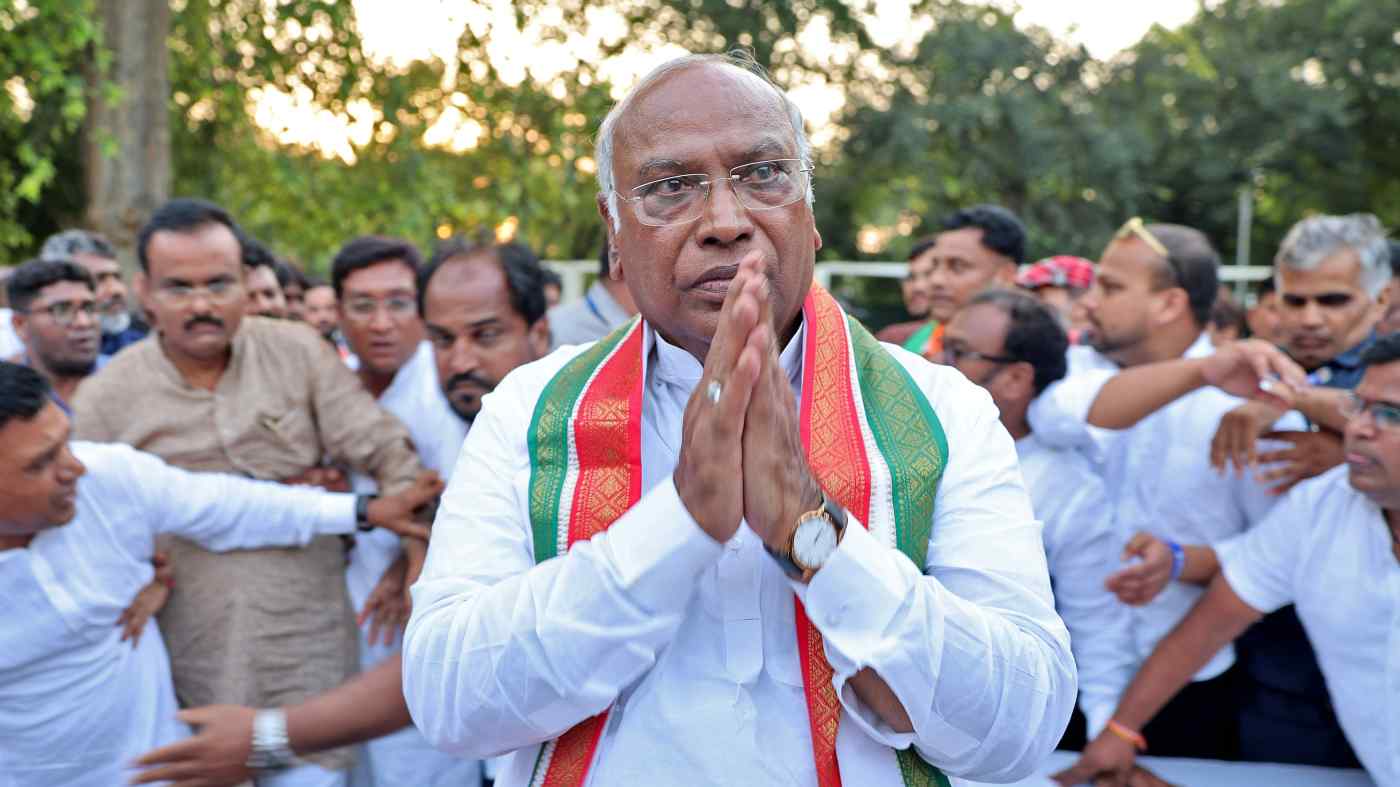 Mallikarjun Kharge is the first leader of the Indian National Congress from outside the Nehru-Gandhi dynasty, though he still has strong ties to the family.   © Reuters
TORU TAKAHASHI, Nikkei senior staff writerNovember 15, 2022 09:30 JST | India
CopyCopied

TOKYO -- After being sidelined for years, Asia's oldest surviving political party is looking to mount a comeback under new leadership.

Founded in 1885, the Indian National Congress for decades has been led by the Nehru-Gandhi family -- often compared to the Kennedys in the U.S. for their prominence in politics and losing multiple members to assassinations.