TOKYO -- The Indian government led by Prime Minister Narendra Modi has made a series of policy failures in coping with the COVID-19 pandemic.

The world's most stringent nationwide lockdown put in place in March failed to slow down infections while destroying millions of livelihoods. Subsequent lockdown enforcement by the police on the streets turned out to be arbitrary and unnecessarily violent. The government's economic relief packages have been criticized by prominent economists as far from sufficient.

But there is one government measure that is regarded as having been a timely success: a regulatory framework regarding telemedicine services that the government announced on March 25, the same day the lockdown started. It was rolled out at a key moment, as many Indians started avoiding hospital and clinic visits but still needed consultations and treatments from doctors and nurses.

The Telemedicine Practice Guideline framework clarified what was legally allowed and what was not in the country's telemedicine sector. For instance, the first consultation, followed by information gathering and lab tests, diagnosis, treatment decisions and drug prescription processes, which are more commonly practiced by physicians as part of onsite outpatient services, were clearly designated as legal under lockdown if they were offered remotely.

Meanwhile, the guidelines excluded non-human, automatic consultation by artificial intelligence chatbots from the scope of the lawful telemedicine, which it defined as a form of medical service given by licensed professionals. It also excluded surgery with remote-controlled robotic arms and tools from the scope of lawful telemedicine services, as well as defining specific types of drugs that cannot be prescribed remotely. 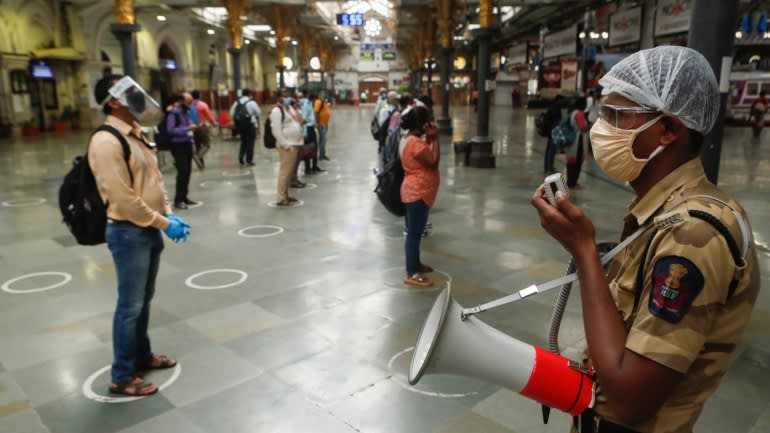 A railway official enforces social distancing at a Mumbai station in June. The nationwide lockdown put in place in March failed to slow infections.   © Reuters

In India, a number of startups had been trying to take pioneering steps in the telemedicine market before the release of the guidelines but had faced difficulties taking on physicians and other licensed medical professionals to their platforms, as the legality surrounding various online practices was unclear. The guidelines therefore helped clarify the situation and gave these startups a boost.

Mfine is a Bengaluru-based AI platform on which doctors interact with patients for consultation, diagnosis, treatment decisions and drug prescription. Since the end of February this year, it has seen the number of its partner hospitals double to about 520 and its doctors triple to over 3,000. Its daily transactions are now three times as many as in February.

It is now in the middle of a series C funding round, after closing a $17 million series B round in April 2019, which was led by SBI Investment of Japan. Singapore-based venture capital Beenext was also among the series B investors. Its founding managing partner Teruhide Sato told the Nikkei Asian Review that theongoing funding round is drawing strong interest from investors in various regions including Japan and the U.S.

DocsApp, also based in Bengaluru, is a mobile-chat-based primary-care doctor-consultation service and has seen the number of its registered doctors double compared to a year ago to more than 10,000. Its daily consultation usage is 60% higher than in early March.

It also successfully closed its $20 million series B funding round in June, led by Bessemer Venture Partners of the U.S. and joined by Mitsui Sumitomo Insurance Venture Capital, Rebright Venture Partners and several other Japanese investors. Bengaluru-based startup Practo is believed to be India's highest-valued telemedicine provider, and is backed by Sequoia Capital and CapitalG.

"Given the pandemic, people are hesitant to take physical consultation. E-health is becoming a new normal [in India]," DocsApp co-founder and chief executive Satish Kannnan told Nikkei. He believes "more than 70% of medical problems can be diagnosed and treated online via telemedicine services."

Practo, another Bengaluru-based startup, is believed to be India's highest-valued telemedicine provider, backed by Sequoia Capital and CapitalG, the venture capital arm of Google parent Alphabet, of the U.S. Its latest funding round, a $32 million series E which closed in August, is reported to have valued the company at roughly $300 million. The round was led by insurance group AIA Group of Hong Kong and joined by Tencent Holdings of China.

Practo's main product used to be its doctor-booking platform. However, the COVID pandemic, and then the new guidelines, boosted usage of its online consultation service. It announced in June that its average daily consultation volume at the end of May was six times what it was in early March, and its platform saw 50 million unique users during the three months through May. In contrast, physical doctor booking dropped 67% in the same period.

Sato of Beenext has observed that taking on "hospitals and doctors has been the toughest part of the telemedicine startups" but now, thanks to the new government guidelines, "both doctors and consumers are rapidly shifting to the online platforms."

"Once you start using those platforms with all your records stored there, you tend to keep using it," Sato said. "The growth of the Indian health-tech sector will continue beyond the COVID crisis."

The Indian government's rapid compilation and release of the telemedicine regulatory framework showed the importance of demonstrating regulatory clarity and stability in order to nurture new businesses.

Now, there are hundreds of other sectors and fields in the country that are waiting for the government to streamline and clarify regulation relevant to them. Getting on top of this will be the only way for India to generate sufficient jobs for its hundreds of millions of workers -- a workforce that is still growing fast. 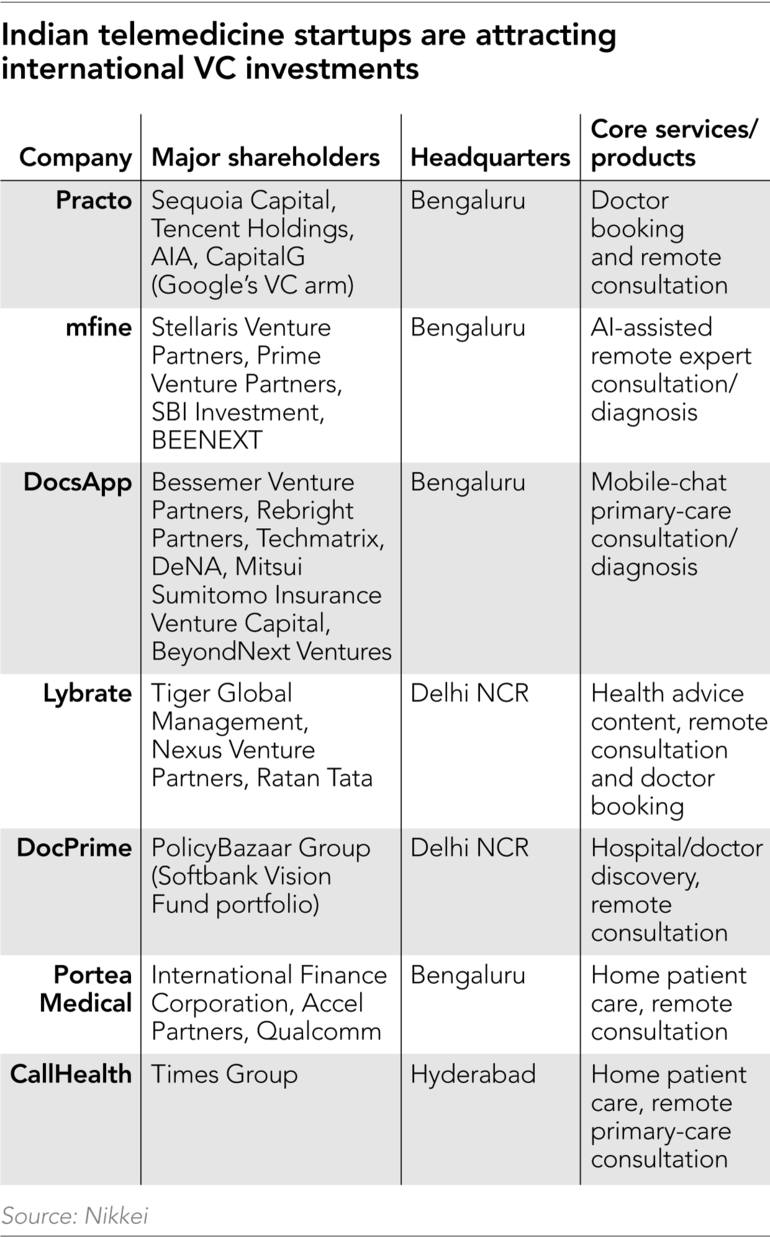