Run of floats set to continue in 2021, with plans from Zomato and other unicorns 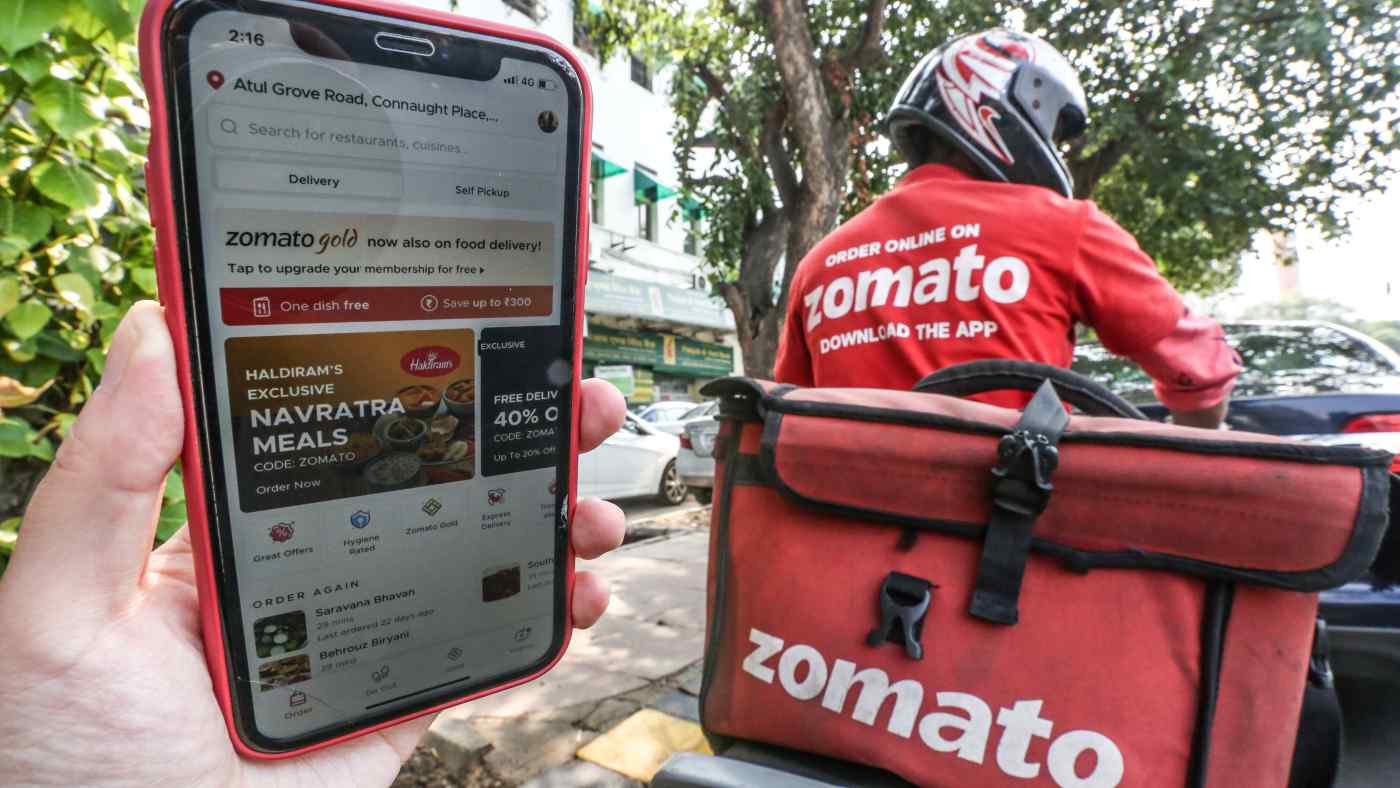 MUMBAI -- There was a steady stream of initial public offerings by Indian companies throughout 2020, despite the devastating damage to Asia's third-largest economy caused by the COVID-19 pandemic. This resilience is likely to continue in 2021, with a handful of internet unicorns planning to go public.

A total of 14 Indian companies saw their stocks listed on the BSE and the National Stock Exchange during 2020, all of which took place since the coronavirus began to spread seriously in the country in March.

All of the 14 stocks began trading above their IPO issue price and ended 2020 in the same position, with four of them ending the year 100% higher than their issue price.

Investors' high expectations of post-IPO stocks are likely to continue throughout 2021 as several well-known internet startups, including four unicorns -- unlisted companies valued at $1 billion or higher -- are in the queue for IPOs to be completed by the end of this year.

Looking back at the companies that succeeded with IPOs in 2020, most were typical of Indian companies in one respect, in that prior to listing most of their outstanding shares were owned by what Indians call "promoters" -- ie their founders and their families. 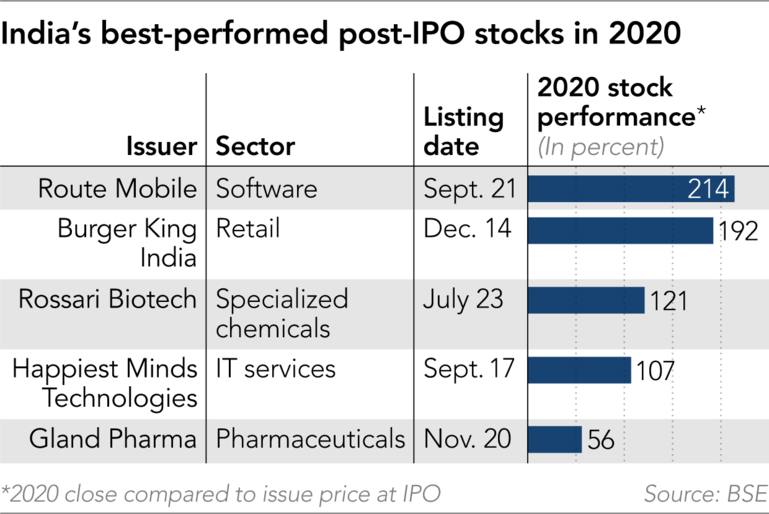 But a major part of India's IPO class of 2021 will look more like typical Silicon Valley tech startups, which, before going public, raise millions of dollars from external angel investors, venture capital groups and corporate investors.

These startup investors then cash in their investment returns when their portfolio companies go public in the U.S. This is set to happen in India for the first time in the history of its capital markets.

The four Indian unicorns that are expected to do IPOs this year are leading online retailer Flipkart, one of the top-two food delivery companies Zomato, e-commerce logistic service provider Delhivery and top online insurance marketplace Policybazaar Insurance Brokers. Zomato, Delhivery and Policybazaar have told local media of their plans to list on the Mumbai stock exchanges -- BSE and NSE -- within 2021.

These moves will have a significant impact on the wider Indian stock market, which has been predominantly occupied by heavy-industry companies, state-owned enterprises and family-owned conglomerates including Tata Sons Group and Reliance Industries Group.

The three unicorns, along with online grocery store operator Grofers India, which has publicly said it is planning to finish another pre-IPO fund raising at a unicorn-level valuation and then go public within this year, will become a significant part of the Indian stock market after their floats.

Within a few years, when these and other well-known tech and tech-oriented unicorns become publicly traded, the Indian stock market will be transformed into a market primarily characterized by tech stocks backed by global venture capitals and startup investors, rather than old-economy stocks, and looking more like a mini Nasdaq in South Asia. 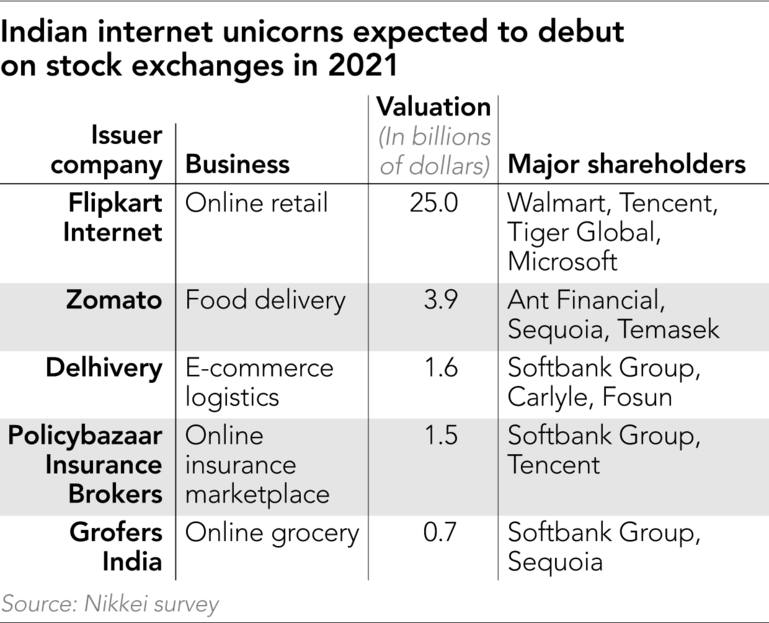 One factor that may affect the "Nasdaqization" process of the Indian stock market is a pending decision by Flipkart on whether it opts for dual listing between the U.S. and India.

Flipkart, valued at $24.9 billion in its latest fundraising completed in July 2020, has already hired Goldman Sachs to prepare for listing either on Nasdaq or the New York Stock Exchange in the U.S., the home country of its parent and 82.3% shareholder Walmart, according to local business daily Mint.

If Flipkart chooses to be listed solely on an American stock exchange, Indian political leaders will likely regard it as a purely "foreign" company. Because there is always strong political pressure from small traders and retailers against big foreign groups, being classed as "foreign" may not be the best for Flipkart's business, whose growth depends on the development of the entire India retail market.

A politically smarter option would be a dual listing on both U.S. and Indian stock markets. If it opts for this, with its large market capitalization, Flipkart will have a significant presence in the Indian stock market and will help to accelerate the Nasdaqization process.

Whatever the retailer chooses, we are likely to start looking at the Indian equity scene in a different, more tech-centric way this year.