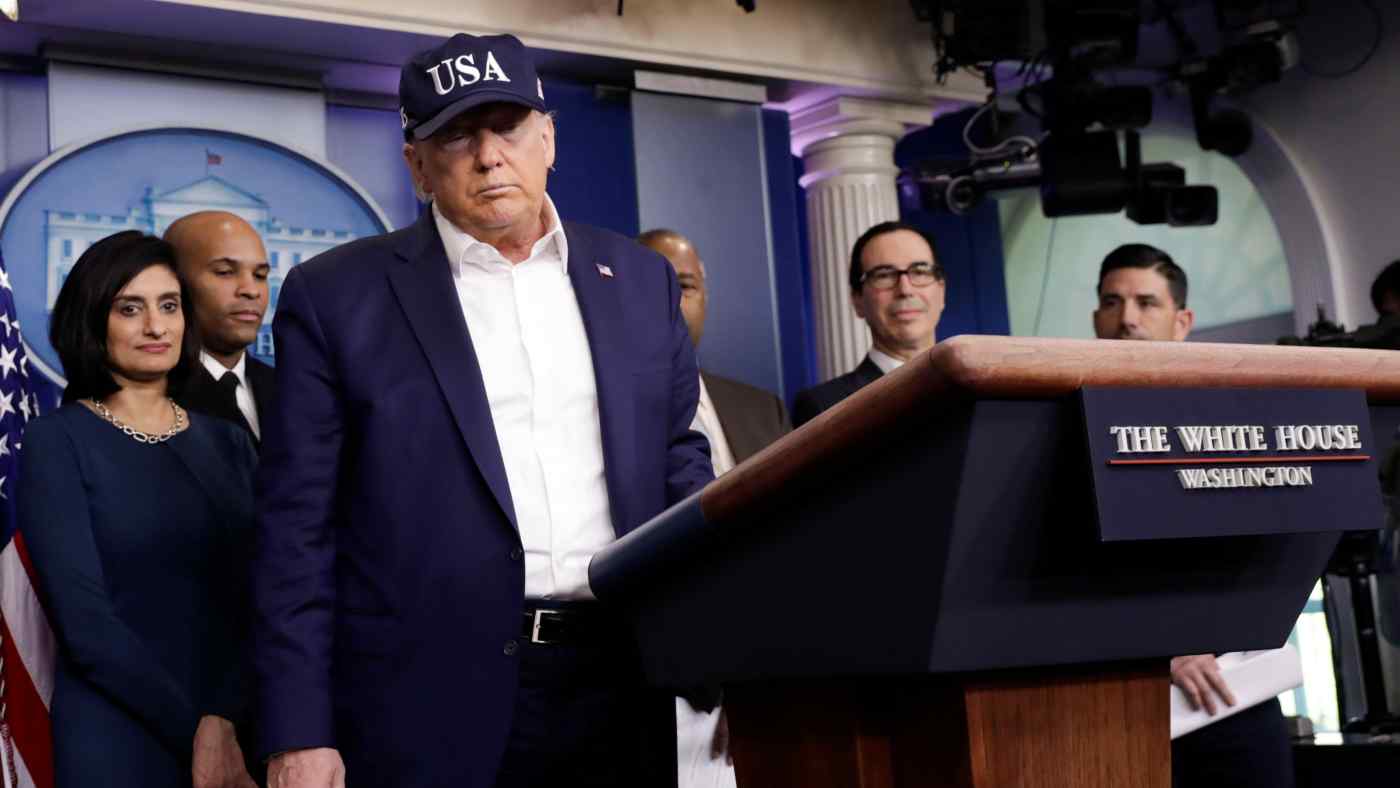 WASHINGTON -- The new coronavirus is fast becoming one of the greatest challenges of the 21st century, rivaling the terror attacks on 9/11 and the 2008 financial crisis. The invisible enemy has caught humanity on its back foot.

The extensive monetary and fiscal stimulus measures promised by the Group of Seven leaders on Monday represent only the first of many steps the global community needs to take to fight the crisis.

But international frameworks have suffered in recent years from the rise in protectionism, and whether countries can quickly and effectively rally behind a response is far from certain.

Neither the full-percentage-point rate cut by the U.S. Federal Reserve or additional easing announced by the Bank of Japan helped in easing market anxieties. The G-7 leaders' statement following their virtual emergency meeting was also largely brushed off as the market sped to its worst close in three decades.

There are three reasons why the market is filled with fear.

Second, many investors have little faith that the world can come together to fight the outbreak. U.S. President Donald Trump has crippled multinational frameworks over his three years in office. On Friday he doubled down on his defiance, saying "I don't take responsibility at all" for the lag in testing in his country.

During the 2008 financial crisis, it was China that rescued the world through a massive stimulus package. China this time around has been battered by the new coronavirus and is not in a position to do the same.

Third, the fact that there is no end in sight to this crisis has spooked the world. The invisible enemy has shut borders tight and squeezed the food and travel industries. Unfamiliar draconian measures have rattled the public, further dampening sentiment. A hit to the global economy is unavoidable and risks impairing the financial system, despite the many lessons learned in the 2008 crisis.

Amid a yearslong economic expansion and bull market, the world had grown complacent. The pandemic has cut it off at its knees.

The G-7 leaders vowed to do "whatever is necessary to ensure a strong global response through closer cooperation and enhanced coordination of our efforts."

Stemming the risk of the coronavirus snowballing into a global economic crisis will come down to how serious the world is about collaborating, and a mix of levelheaded and intelligent policy responses. Leaders and lawmakers of developed nations must ditch their political agendas and demonstrate, through swift policy action, their determination to save their countries and the world from this threat.

In addition to halting the spread of the virus, countries must help businesses that have been forced to shut down to access capital. Their employees also need support to carry on with their lives.

As the crisis deepens, countries will need to introduce powerful stimulus packages, in an internationally coordinated way.

The pandemic, with its dual threats to the economy and public health, is utterly different from past challenges. The slower and more confused the global response is, the more difficult it will be to overcome. The world faces a race against time.