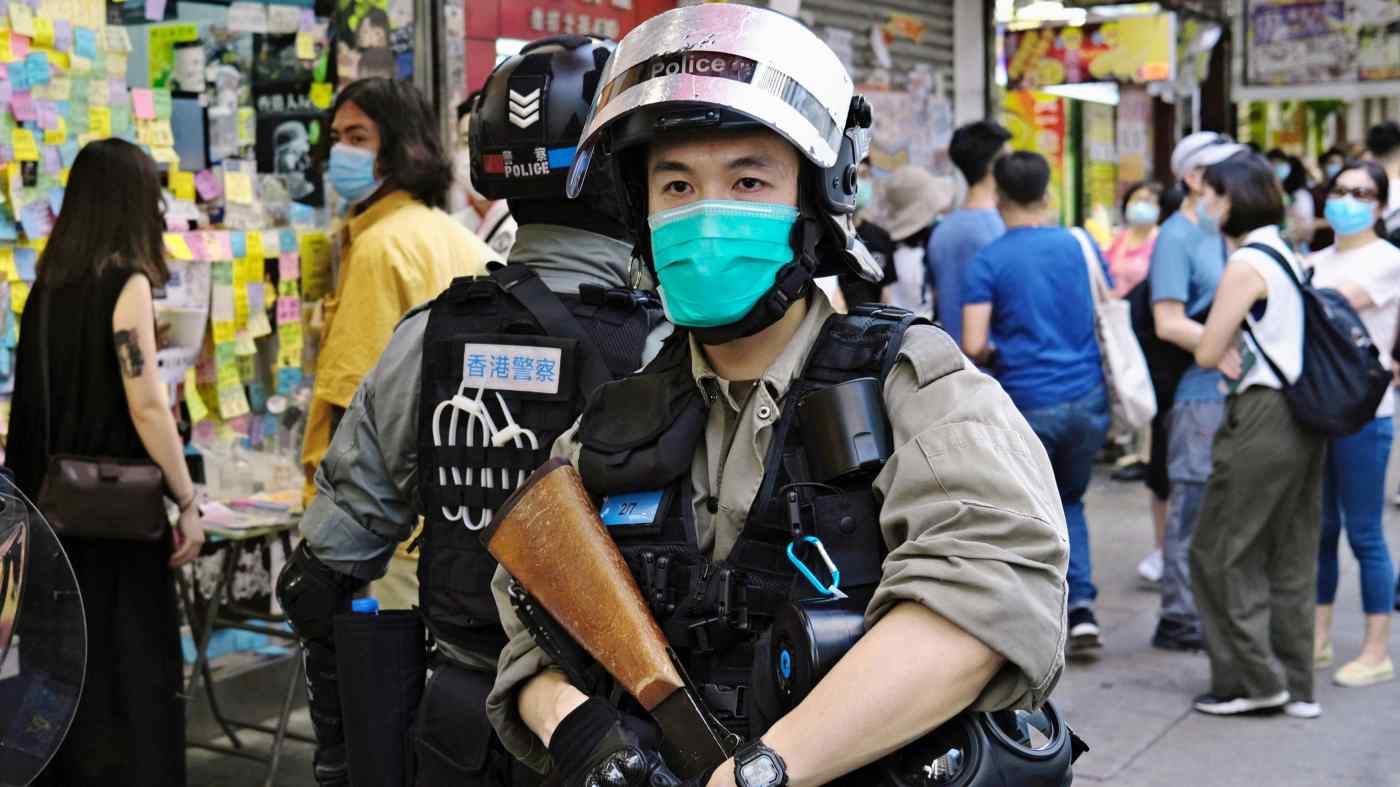 TOKYO -- A long-time plan to develop Tokyo as a major international financial center is getting a new twist -- prompting skeptics to reassess their views.

The idea, led by the Tokyo Metropolitan Government, is rarely taken seriously as it has repeatedly failed to take shape since the collapse of Japan's asset-inflated bubble economy three decades ago. But prevailing winds have suddenly turned favorable because of political turmoil in Hong Kong that is threatening its position as a giant of global finance.

"We may need a new stronghold because anti-government demonstrations and other developments are causing problems in life" in Hong Kong, said the regional head at a major American hedge fund managing more than 1 trillion yen ($9.33 billion) in assets around the world with its Asian operation based in the city.

China's imposition on Tuesday of a national security law on Hong Kong and the possibility it could signal the effective collapse of the "one country, two systems" administrative structure in place since 1997 has highlighted the increasing risk of continuing asset management from the city.

"If my child participates in a demonstration and is arrested by police, he will be tried in mainland China," the regional hedge fund chief said in reference to the law. "If the freedom of speech and communication is restricted, we will be in no position to continue investment operations."

According to the Global Financial Centers Index, calculated by the U.K.-based Z/Yen Group to rank the competitiveness of finance hubs, Hong Kong came in at sixth place in March, down three notches from six months earlier. In contrast, Tokyo moved up from sixth to third, the highest among Asian cities.

But the higher ranking does not mean that funds will readily relocate their business bases to Tokyo from Hong Kong.

The index calculates the comprehensive competitiveness of financial centers based on factors such as business environment and human capital. High-income hedge fund managers pay keen attention to tax, but the maximum rate for personal income in Japan, which combines income and local residency taxes, is 55%, much higher than the 15% in Hong Kong and 22% in Singapore. "Living conditions in Tokyo are better than in Hong Kong and Singapore and rents, above all, are lower," the Hong Kong-based senior U.S. hedge fund official said. "If a preferential taxation system, which applies tax rates of countries currently home (to funds), is adopted even on a temporary basis, we will immediately move (to Tokyo)."

But the introduction of such a system is difficult in Japan where preferential taxation in favor of the affluent provokes a strong reaction from the public.

Indeed, tax problems were at the bottom of past failed plans to develop Tokyo as an international financial center. Will the current plan fall through for the same reason?

The Canadian Pension Plan Investment Board, which manages public pension contributions, a year and a half ago invested tens of billions of yen in Ebisu Capital, a newly established hedge fund based in Tokyo. Speaking before major Japanese institutional investors, a senior CPPIB official cynically asked why they did not entrust excellent fund managers with their money.

Although Japanese individuals have financial assets totaling more than 1,800 trillion yen, Japan trails Hong Kong, Singapore and Australia in the Asia-Pacific region in the number of hedge funds and working balance of assets under their management.

The high tax rate is not the sole reason for Tokyo's decades-long financial hollowing out. It is also traceable to the scarcity of domestic investors who entrust funds to manage their money.

"Public pension plans and others support investment funds from the time of [their] establishment overseas," said Keiichi Ohara, CEO of Japan Asset Management Platform Group. "More asset management companies should opt for Tokyo if they can expect to supplement tax payments with an increase in income by attracting funds [from investors]."

In short, a significant change in mindset is necessary for the development of Tokyo as a major international financial center. The plan is aimed at benefiting the public rather than investment funds and financial institutions.

Tokyo will naturally become more attractive as a financial center if factors prompting individuals to keep most of their financial assets in deposits and savings are in turn gradually removed.