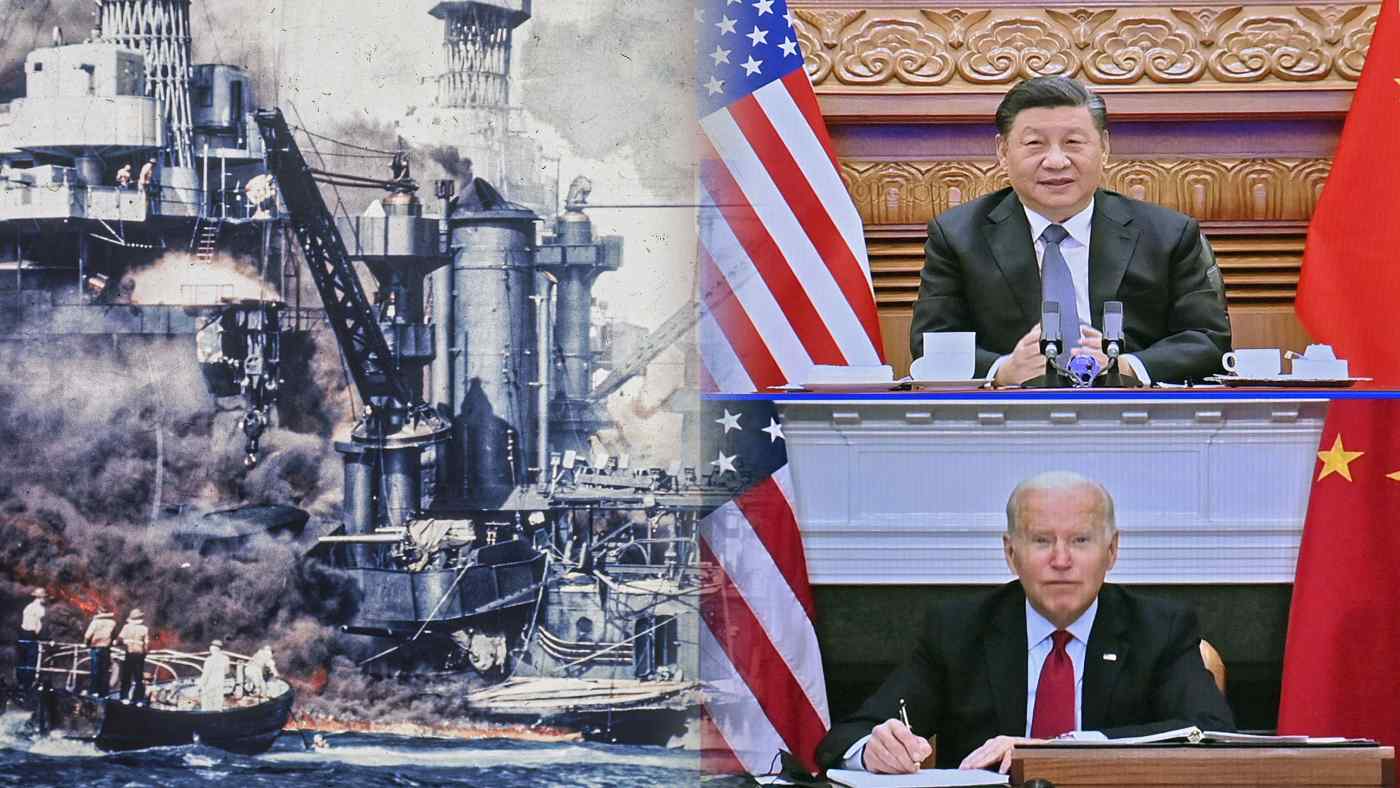 Events from 80 years ago should steer Chinese President Xi Jinping, top, and U.S. President Joe Biden away from what could be a disastrous road. (Source photos by AP and Xinhua/Kyodo)
HIROYUKI AKITA, Nikkei commentatorNovember 26, 2021 14:07 JST | Japan
CopyCopied

TOKYO -- Japan will soon mark the 80th anniversary of its attack on the U.S. Navy at Pearl Harbor in the Pacific on Dec. 7, 1941, local time.

The country had not intended to confront America directly. But with tensions heating up between the two nations over China due to affairs such as the Manchurian Incident in 1931, Japan's policy options were eliminated.