Japan is only harming itself with wrongheaded China Exit strategy

Corporate Japan disagrees with policy, seeing the need to stay vested in China 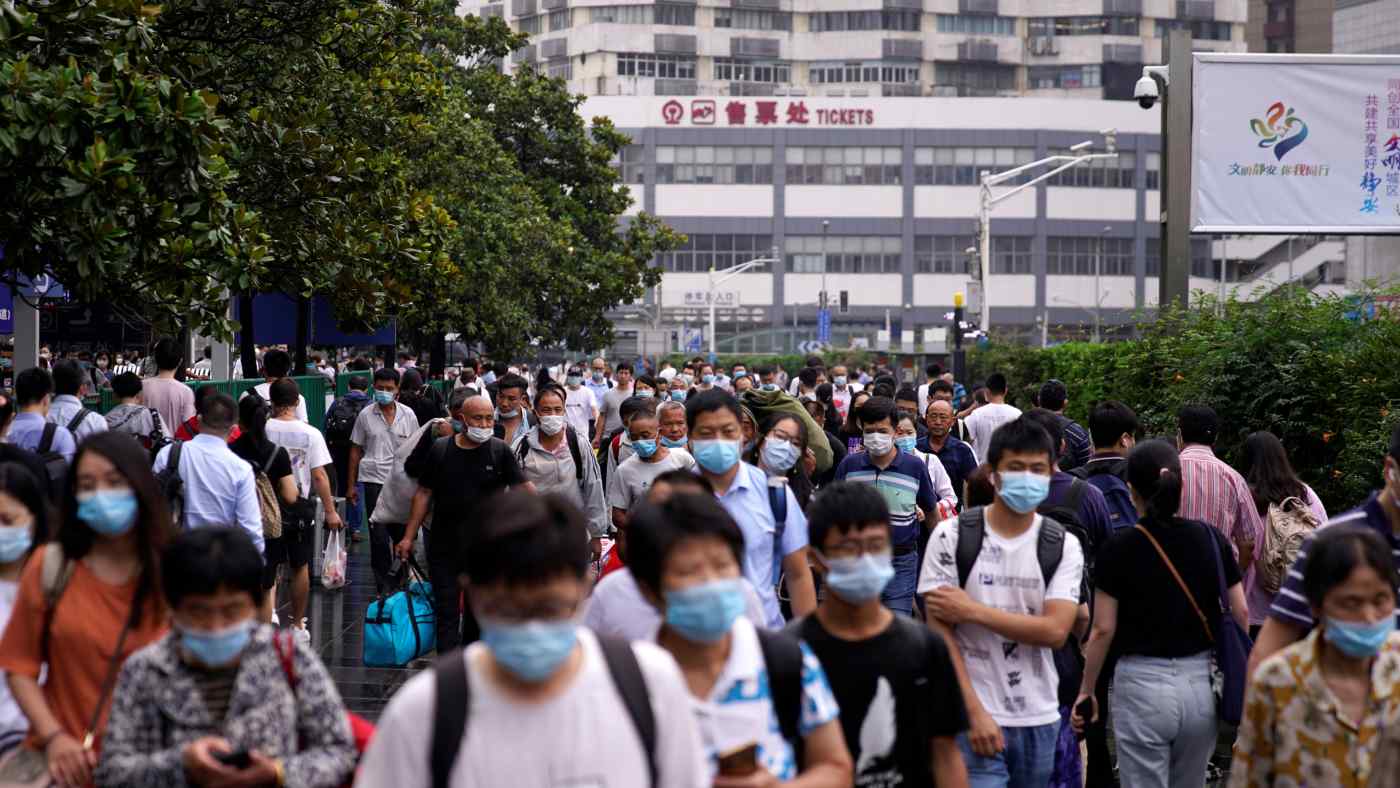 People wearing face masks in Shanghai: Japan is one of many countries with a desire to bring production home from China, but Beijing is irritated because the initiative appears to be partly at the behest of the U.S.   © Reuters
HENNY SENDER, Nikkei Asian Review columnistSeptember 11, 2020 13:34 JST | Japan
CopyCopied

The COVID-19 pandemic gave Chinese President Xi Jinping a proper reason to cancel a planned visit to Tokyo in April, which would have reciprocated Prime Minister Shinzo Abe's 2019 trip to Beijing.

But the fact that no effort has been made to reschedule the trip, Japanese diplomats say, is a sign of how relations between Asia's two dominant powers have deteriorated.

With tension already rising over the South China Sea, another reason for cooling relations is Japan's announcement of a 220 billion yen ($2 billion) fund to entice Japanese companies to leave China in an effort to strengthen corporate supply chains. Japan's cumulative investment on the mainland amounts to around $100 billion, according to data from UBS.

Japan is one of many countries with a desire to bring production home, but Beijing is especially irritated because the initiative appears to have been carried out at least partly at the behest of the U.S., Japan's main ally, as tensions increase in the South China Sea.

There is little evidence though to suggest that corporate Japan agrees with it. As the clash between government priorities and corporate realities plays out across the world, nowhere is that conflict more intense -- or less likely to succeed -- than in Japan.

"The world is becoming more government-heavy with heterodox policies reversing 40 years of free, global markets," noted a recent Bank of America research report. With government scrutiny of supply chain locations primarily driven by national security considerations, the report added that this "geopolitical assessment is resulting in a combination of legislation, incentives as well as moral suasion to relocate supply chains from China to alternative jurisdictions."

Yet, so far, at best there has been no more than an incremental shift. Indeed, "China has most likely gained market share in the first half," said Tao Wang, an economist at UBS in Hong Kong. Today, she adds, China accounts for 13% of world exports, while Japan contributes 4%.

Another key detail in the Bank of America report is that while political, social and corporate pressures to re-shore production are growing, there is also a great deal of trepidation about the costs. "This is grounded in concern about losing the unrivaled cost, scale and ecosystem advantages built up by China over the last few decades," the report says, suggesting now is not the best time to return home, which would inevitably involve higher operating costs.

Despite government pressure, corporate Japan's resistance is not puzzling. "All of us have seen our cash flows dry up as growth goes into reverse as a result of COVID," said a Hong Kong-based executive at one of Japan's elite trading companies. "Where will we find a market as attractive as China's? Where will we have such efficient production?"

As the first major economy to bounce back from the economic shock inflicted by the pandemic, the reality is that China appears more invulnerable and indispensable than ever.

"China's export engine has gained global market share at a fast pace ... despite prevailing tariffs and supply-chain diversification concerns -- comparable to its previous peak and ... the highest level achieved by any country since the early 1980s," noted Robin Xing, chief China economist for Morgan Stanley in Hong Kong.

That was before August data came in showing China continued to go from strength to strength, with export growth quickening to 9.5% year-on-year in August from 7.2% in July.

Moreover, as China moves with increasing speed up the value-added chain, its indispensability is likely to grow across a host of sectors including cars, electronics, telecoms and pharmaceuticals. In 2010, for example, 4% of the value-added for an iPhone came from China, according to data from Gave Kal, a boutique research advisory with offices in China and Hong Kong. By 2019, that figure had swelled to 25%. Meanwhile, Chinese smartphone brands accounted for fully half of global smartphone sales.

What makes Japan's deteriorating relations with China even more frustrating, this trading company executive added, is that over the long term, China and Japan will face many of the same challenges. These include labor shortages and public health issues stemming from aging populations as well as increasing demand for renewable energy and better waste treatment as climate change brings the countries ever more severe weather.

Recognizing this, the Japanese government is shifting to a more reasonable "China plus one" strategy. But what or who should that plus one be? India's infrastructure problems, weak productivity and dismal income growth make it a non-starter, and that's not even considering the near 24% collapse in growth in the second quarter, inflicted by COVID-19. Vietnam is already close to capacity. Indonesia looks to be the closest thing to that plus one, a Japanese diplomat said, but the gap with China is laughable. Indonesia's competitive advantage remains in natural resources.

"The COVID-19 pandemic has prompted global companies to review their production and supply chains, with a potential shift of focus from efficiency to resilience," Morgan Stanley's Xing said. "Beijing's new domestic circulation initiatives aim to attract MNCs to adopt [an] 'in China, for China' strategy, so that supply chains can be retained."

But for many companies, it is hard to separate resilience and efficiency. They are now in survival mode everywhere. And that dictates staying vested in China.