Japan must reassess US nuclear deterrence against North Korea 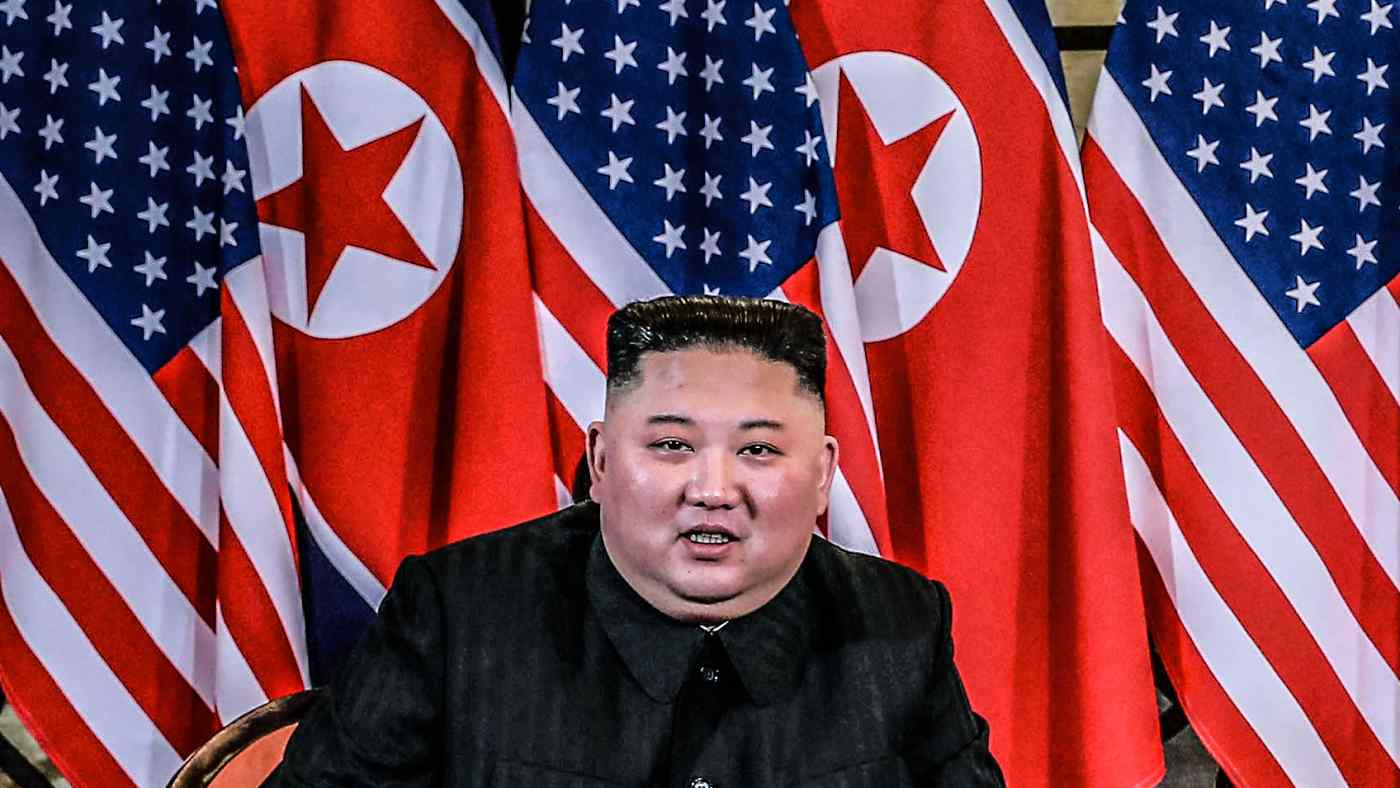 TOKYO -- Japan was warned years ago about the risk of a major outbreak of a new infectious disease like COVID-19.

A Japanese council tasked with drawing lessons after the 2009 swine flu pandemic, caused by the H1N1 influenza virus, warned of a future public health crisis caused by a global outbreak of an infectious disease. The panel called for policies to improve the nation's preparedness for virus outbreaks, including steps to enhance public health centers and capabilities to develop vaccines.

But the government ignored the panel's proposals. It did nothing, clearly underestimating the risk and failing to take the warning seriously. Nothing is more dangerous than groundless optimism.

News organizations like The Nikkei should not try to make such a security threat look more serious than it actually is. Still, it is hard to deny that the threat posed by North Korea's arms programs should alarm policymakers.

The Group of Seven major industrial nations will hold a summit June 11-13 in Britain. China will dominate the discussions among the G-7 leaders, leaving little time for in-depth conversation on North Korea. Though the leading Western powers agree on the need to push Pyongyang into abandoning its nuclear arsenal, they have no specific, workable strategy to achieve the goal. U.S. Presidents George W. Bush, Barack Obama, Donald Trump and Joe Biden. The Biden administration is taking an incremental approach much like Bush's, which failed to stop Pyongyang from arming itself.

But since the administration said at the end of April that the review process was completed. Biden has taken no notable policy action that reflects any change in the approach to dealing with Kim Jong Un's regime in Pyongyang.

The administration has held unofficial meetings with various American think tanks, but most of the topics concern China, with little attention paid to North Korea-related issues, a U.S. security expert said.

Interviews with people informed about the matter paint a grim picture of Biden's team struggling to tackle the challenge. Though the White House has offered little clue to the conclusions drawn from the review, three guiding principles have been formed, according to remarks made on condition of anonymity by people inside and outside the administration.

First, the strategies adopted by former Presidents Donald Trump and Barack Obama both failed to work. Trump tried to strike a package deal to solve the problem in one fell swoop through direct negotiations with Kim. Obama adopted the policy of "strategic patience" toward North Korea, which basically meant focusing on sanctions while waiting for Kim's regime to credibly commit to giving up its nuclear warheads and missiles. Neither approach was successful.

Second, Biden should focus on efforts to achieve gradual denuclearization of the North through working-level talks between U.S. and North Korean officials supported by a united front among Washington, Tokyo and Seoul.

Third, the U.S. will maintain some flexibility in negotiating with North Korea and will leave the door open for offering rewards, such as humanitarian aid, for any concrete action taken by Pyongyang toward dismantling its nuclear arsenal.

In a nutshell, the Biden policy toward North Korea is almost the same as President George W. Bush's strategy.

At the end of 2002, when Bush was in the White House, North Korea resumed operations at its nuclear facilities, sparking a crisis that has continued to this day. Alarmed by the move, the Bush administration swiftly set up a framework for six-nation talks on Pyongyang's nuclear ambitions, involving the U.S., China, North Korea, Japan, South Korea and Russia.

Washington used this platform to launch direct, working-level negotiations with Pyongyang. Through rounds of talks, the Bush administration in September 2005 extracted a commitment from the North to abandon its nuclear arms. Biden wants to bet on a similar incremental approach, but this strategy has little chance to succeed.

The fact is, the Bush strategy failed to stop Pyongyang from arming itself with nuclear weapons. While negotiating with Washington, North Korea secretly continued developing atomic bombs and ballistic missiles. The country conducted its first nuclear test in 2006. After Bush was succeeded by Obama in 2009, Pyongyang officially trashed the agreement with the U.S. to discard its nuclear arsenal.

Two crucial differences exist between the Bush era and today. One, needless to say, is that North Korea already owns nuclear bombs. Persuading a nuclear power to scrap missiles and weaponry already deployed is far more difficult than pressuring a country into pulling the plug on its plan to develop nuclear arms.

Second, the intensifying confrontation between the U.S. and China gives Biden little chance to win support from Beijing for efforts to denuclearize North Korea. 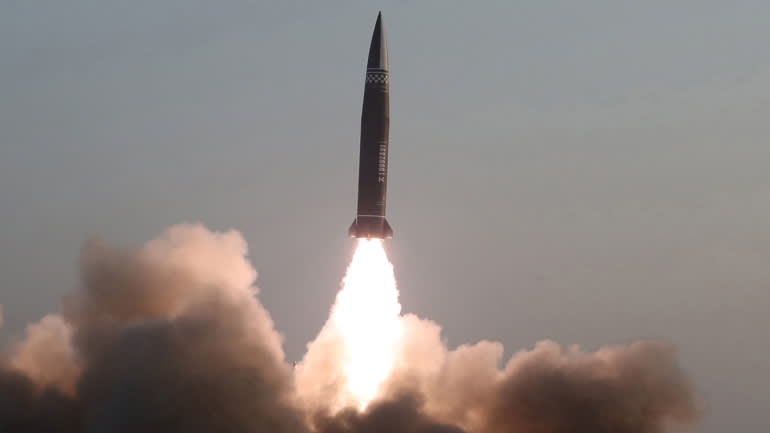 During the Bush presidency, the U.S.-China relationship was on far better footing. Bush often told aides that denuclearizing North Korea could be achieved if his White House worked with China, a former administration official said. China chaired the six-party talks between 2003 and 2008.

How things have changed. Now, instead of pressuring Pyongyang to discard its nuclear weapons, Beijing is increasing support to the North, viewing it as a bulwark against an expansion of the U.S. sphere of influence in the Korean Peninsula, according to a diplomat following China-North Korea ties.

Michael Green, senior vice president for Asia and Japan chair at the Center for Strategic and International Studies in Washington, was a senior White House staffer involved in developing and executing Bush's strategy for North Korea. He is not optimistic about progress toward nuclear disarmament by Pyongyang.

"Even if the U.S. manages to hold nuclear talks with North Korea, North Korea will likely show only small concessions such as the partial closure of nuclear facilities and the freeze on the missile tests, and will demand a return," Green said. "Sooner or later, North Korea may also resume tests of intercontinental ballistic missiles that can reach the U.S. mainland. The Biden administration should be aware of such risks."

If so, countries such as Japan and the U.S. should hammer out a Plan B based on the assumption that Pyongyang will not scrap its nuclear arms, at least in the foreseeable future. Though these nations must not give up on the ultimate goal, it would be irresponsible and dangerous for them to act on groundless optimism in dealing with this security threat.

Japan and South Korea, fully within range of North Korean missiles that can carry nuclear warheads, face a dire situation. Tokyo should, first and foremost, review and reinvent its own strategy for wrestling with the challenge.

Tokyo needs to ask hard questions such as whether its current missile defense system would really defend the nation against North Korean missile attacks and how effective the U.S. "nuclear umbrella" would be as deterrent against the threat posed by Pyongyang's growing stock of nuclear weapons. If the answers to these questions are not satisfactory, Japan needs to devise additional measures to bolster its defense.

All these strategic issues must have been carefully weighed by Japanese policymakers. But they need to be subjected to a fresh and sweeping review for fundamental reappraisals.

Japan's uphill battle to contain the new coronavirus offers some vital lessons about the consequences of failure to prepare for the worst.