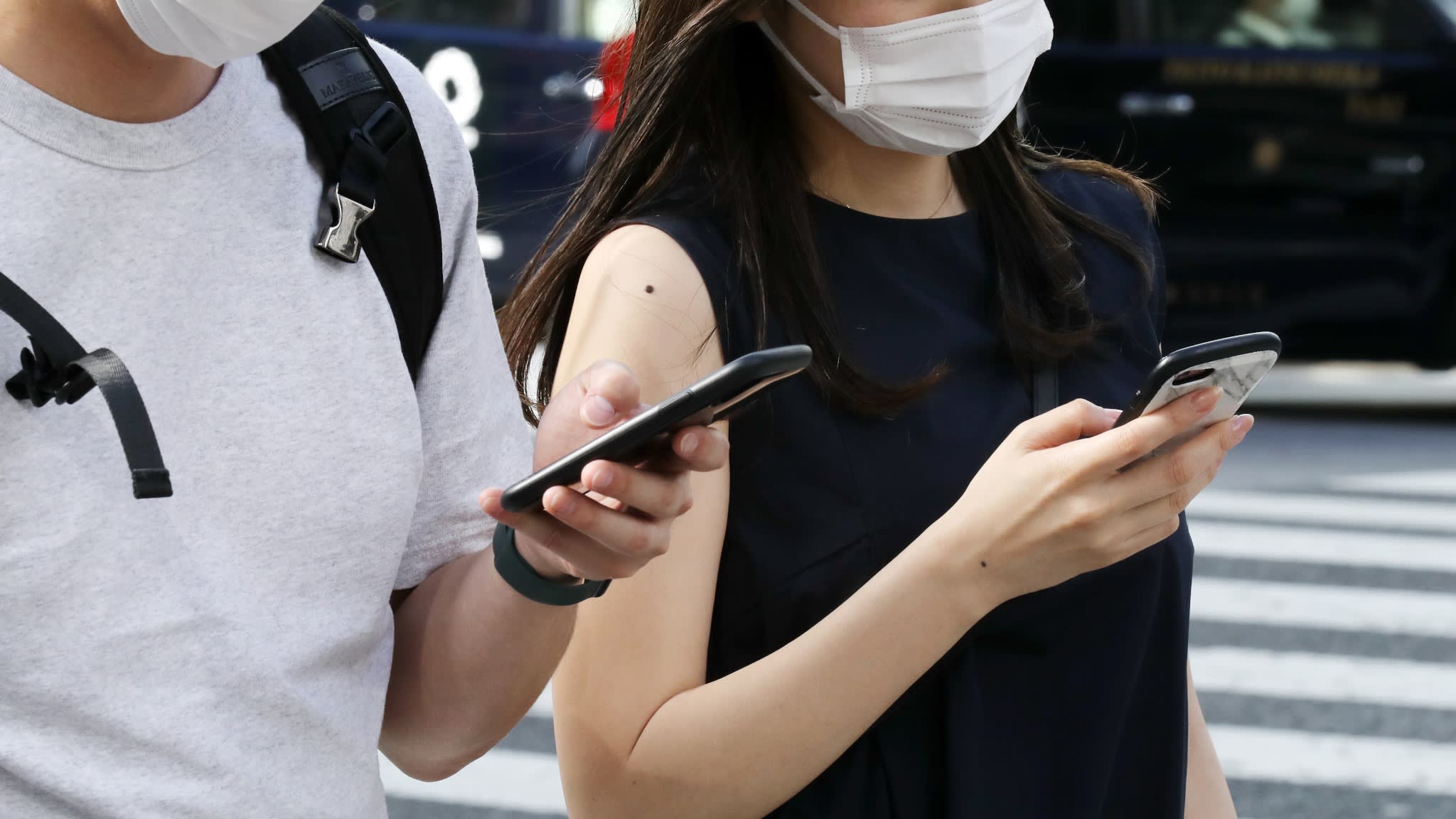 TOKYO -- When Japan rolled out its contact-tracing app last summer to fight the coronavirus, nobody expected that a major flaw affecting about one-third of users would go overlooked for more than four months.

The problem arose in September in the Android version of the app, which has been downloaded about 7.7 million times, the Ministry of Health, Labor and Welfare said Wednesday. People who came into contact with those who tested positive for COVID-19 received no notifications.

The revelation casts doubt on the ministry's ability to manage a large-scale digital campaign at a time when Japan is readying to launch a nationwide coronavirus vaccination program, which will entail building a database of recipients.

The Contact-Confirming Application, or COCOA for short, was meant to ease the labor-intensive burden of tracking contacts on the staff at public health centers.

Since the app's debut, Japan has experienced a surge of coronavirus infections, with new daily cases approaching 8,000 at one point last month. If the app had worked properly, far more people would likely have been notified of potentially infectious contacts. A screenshot of the COCOA COVID-19 contract tracing app's page on Google Play. The Android version of the app, downloaded about 7.7 million times, failed to notify users about potentially infectious contacts.

The Health Ministry says the number of complaints that the app failed to notify users after coronavirus-positive contacts "was by no means high." The question remains how many people downloaded the app but deleted it from their phones after only a few uses, seeing no visible benefit to having it.

If the COCOA app had truly become part of daily life for a large enough number of people in Japan, there surely would have been nonstop complaints about the bug to the ministry, prompting a rapid fix. Fixing the flaw would have likely done more to curb the spread of the virus than fining bars and restaurants for failing to close early -- a provision of a new disease control law.

To take effective steps against the spread of the coronavirus, Japan needs an effective system to collect, analyze and make use of big data on infections. But HER-SYS-- short for the Health Center Real-time Information-sharing System, which connects to COCOA -- is still not running at full capacity since its introduction last May.

The system is supposed to track data on outbreaks, as well as patient diagnoses and changes in their condition. But medical professionals on the front line have shied away from the platform because of its cumbersome data entry and overall lack of user friendliness. Such data as the demographics of people infected with COVID-19 -- an essential component for effective countermeasures -- has been slow to be made public.

The system was developed without the user in mind and with no thought for follow-up service -- an approach that has been disastrous.

Unlike sending out government notices, developing an app does not end with its release. For from it, the post-release updates and fixes are arguably a more important part of the process. In the case of COCOA, fault lies not only with the company contracted to develop the app, but also with the Health Ministry's lack of digital common sense.

Taiwan, Singapore and South Korea have taken the lead in using contact-tracing apps and harnessing data to fight the spread of the coronavirus. These governments have put tech experts in charge of these efforts and backed them with high-profile public awareness campaigns.

User feedback has been used to improve these platforms. Although there have been debates over the extent of collecting and using personal data, the apps have by and large enjoyed support from the public. Japan's response in terms of rules and technology is clearly behind the curve.