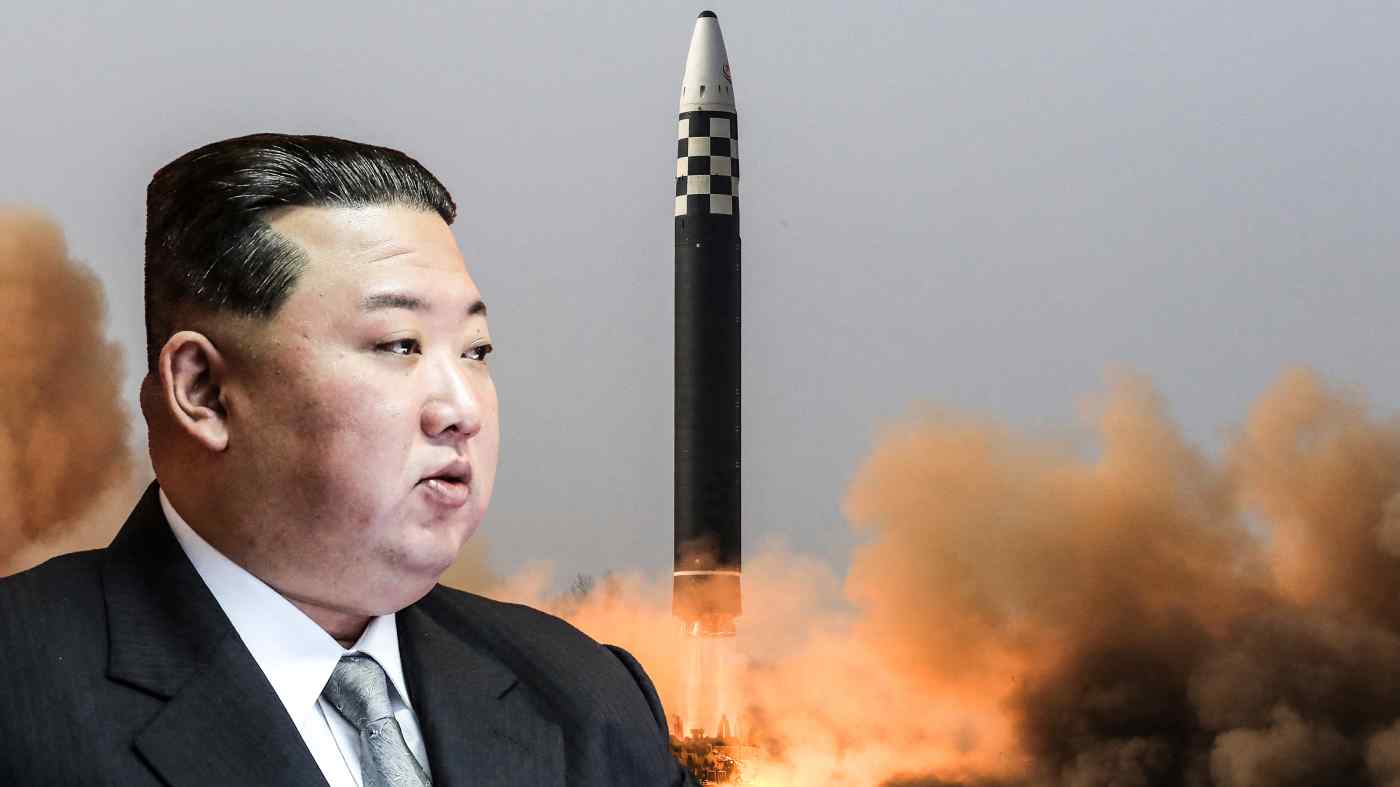 North Korean leader Kim Jong Un may have learned from his father how to use brinkmanship to extract concessions from the U.S. (Source photos by KCNA/Reuters)
HIROSHI MINEGISHI, Nikkei senior staff writerOctober 12, 2022 15:15 JST | North Korea
CopyCopied

TOKYO -- North Korean leader Kim Jong Un has unleashed a barrage of missile launches since late September, including one that went over Japan for the first time in five years. The flurry of missile tests is reminiscent of a series of belligerent acts committed by Kim's late father, Kim Jong Il, in 2006 and Kim himself in 2017.

In 2006, Kim Jong Il fired seven ballistic missiles into the Sea of Japan on July 4, as if timing it to the Fourth of July Independence Day holiday in the U.S. Three months later, North Korea carried out its first underground nuclear test, sharply increasing tensions on the Korean Peninsula.