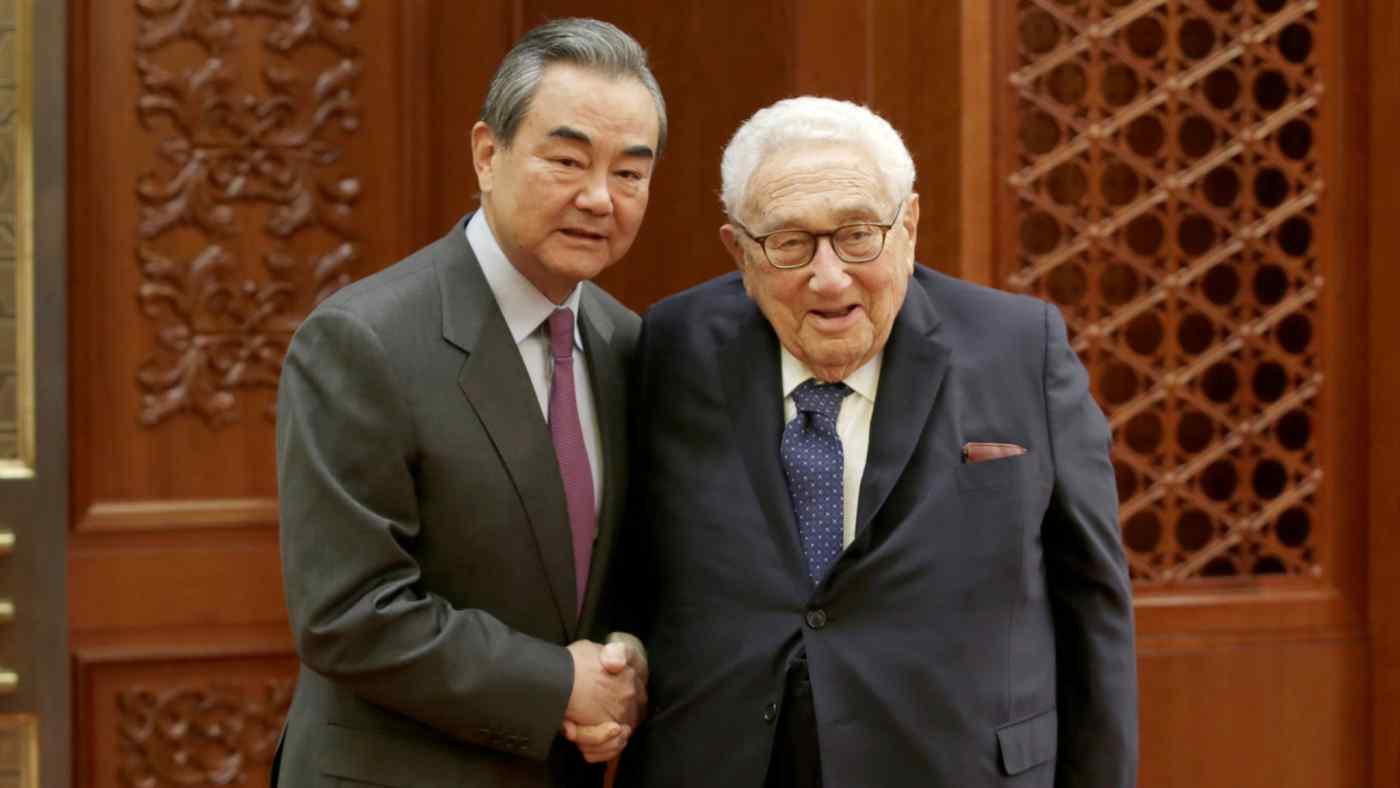 TOKYO -- For decades, Henry Kissinger, the national security adviser to Richard Nixon and the driving force in normalizing ties between Washington and Beijing, has remained one of the most influential figures in U.S. foreign policy.

But as the U.S. shifts from Kissinger's engagement policy to one of strategic competition with China, the statesman's stern warnings on the deterioration of the relationship are going unheeded.

On this day five years ago, when then-U.S. President Barack Obama paid a historic visit to Hiroshima, Kissinger's influence in Washington was still palpable.

As a correspondent in Washington at the time, this reporter encountered two starkly contrasting positions on the trip among Obama's closest aides.

On one side was deputy national security adviser Ben Rhodes, who as a speechwriter had been involved in drafting Obama's now-famous remarks on nuclear disarmament in the Czech Republic in 2009. A fan of Japanese novelist Haruki Murakami, Rhodes supported Obama visiting Hiroshima.

But national security adviser Susan Rice had other ideas. Even after both countries agreed to the trip, she would comb through details of the itinerary and ask for adjustments. The ceremony in Hiroshima, where Obama presented four origami cranes as a symbol of peace, likely would not have proceeded as smoothly without the help of Ambassador Caroline Kennedy. The Japanese government kept a close eye on where Rice would fit into the Biden administration, owing partly to its experience with the Hiroshima trip.

Kissinger's philosophy was a key influence on Rice during her time as national security adviser. Despite the gaping partisan divide between Democrats and Republicans in the U.S. political landscape, national security advisers have traditionally maintained relationships with key figures on both sides of the aisle. True to form, Rice often met with Kissinger at her White House office and publicly spoke highly of the conservative stalwart. U.S. President Barack Obama delivers remarks in front of the Hiroshima Peace Memorial in May 2016. His aides in the lead-up were divided on whether he should go forward with the historic trip.

For nearly half a century, the U.S. has largely stuck to Kissinger's approach on China -- maintain some rapport while urging Beijing to embrace change. Rice was toeing the line when she opposed Obama's Hiroshima trip, aligning with Chinese pushback against the idea.

But the circle of national security advisers, centering around Kissinger, did not play a role in the White House under Donald Trump. Mike Pompeo, his secretary of state, went so far as to declare the policy of engaging with China a failure.

Kissinger's clout has not recovered under the Biden administration, either. Rice was appointed domestic policy adviser, while the White House branched out beyond the Kissinger school to fill several key security posts.

The newly created role of Indo-Pacific coordinator on the National Security Council, designed to steer the administration's policies in Asia, went to former Assistant Secretary of State for East Asian and Pacific Affairs Kurt Campbell. Former Deputy Secretary of State Richard Armitage has also assisted on Asia policy from outside the administration.

Campbell was a leading force behind the historic statement by Japanese Prime Minister Yoshihide Suga and U.S. President Joe Biden from their April summit, where the countries' joint statement mentioned Taiwan for the first time since 1969. Armitage visited Taiwan shortly afterward to meet with President Tsai Ing-wen.

Meanwhile, Beijing has continued to flout international law with its expansionist moves in the East and South China seas. Concerns that engagement has failed, and that China could threaten America's national security, have quickly sapped the Kissinger school of influence. His approach is extremely unlikely to regain favor as long as China continues to challenge the U.S. on the international stage.

In an increasingly digital and global economy, Chinese cooperation is critical to tackling such world-spanning challenges as decarbonization. Still, Biden stands to have a difficult time garnering support for overt engagement as anti-Beijing sentiment in the U.S. grows. Five years after Obama's historic Hiroshima visit, both Democrats and Republicans are moving further away from the Kissinger approach.