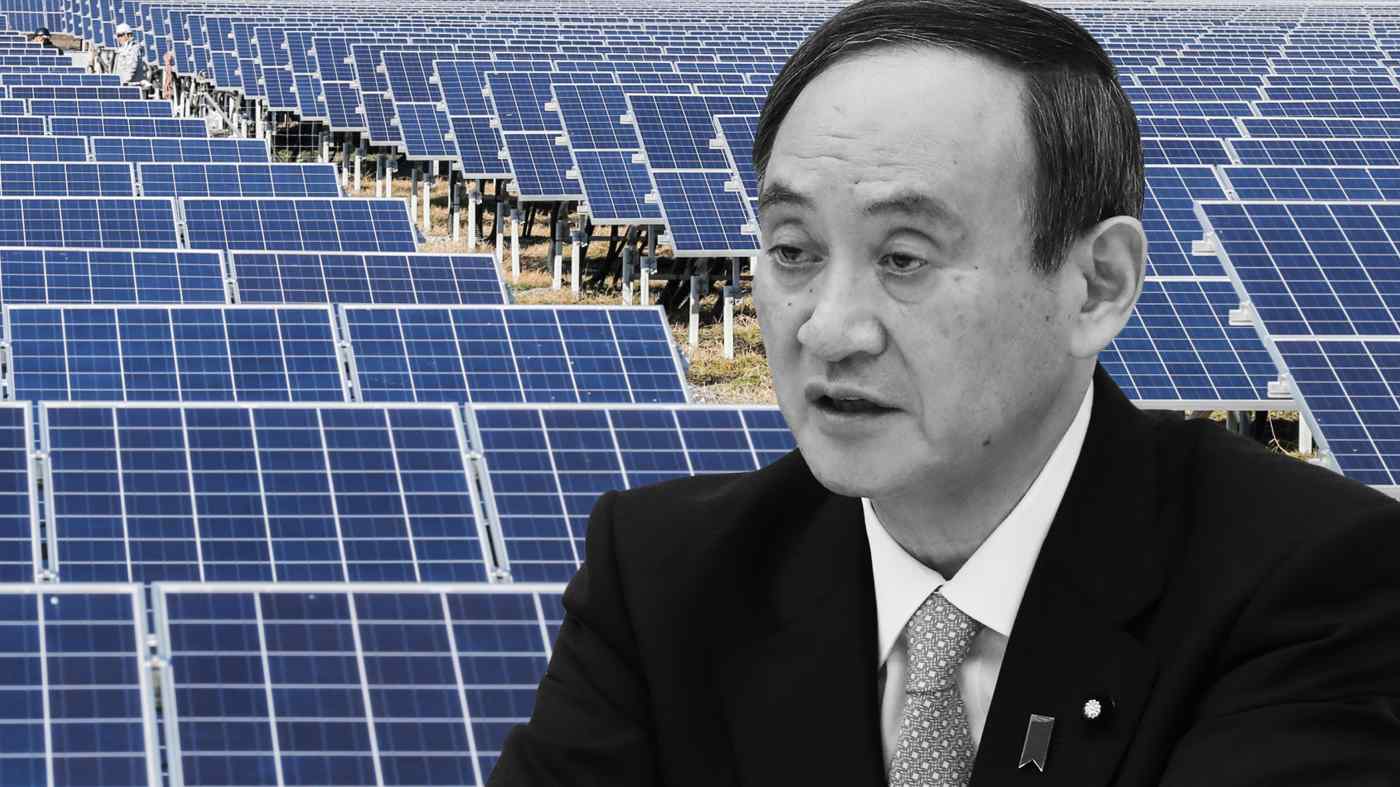 TOKYO -- As Prime Minister Yoshihide Suga declared recently that Japan will become carbon neutral by 2050, the country has begun to move toward effectively slashing carbon dioxide emissions to zero within the next three decades.

Japan will now expand the previous policy goal of an 80% cut by 2050. But, as one researcher familiar with scenarios for fighting climate change said, "Zero emissions are not an extension of an 80% reduction."